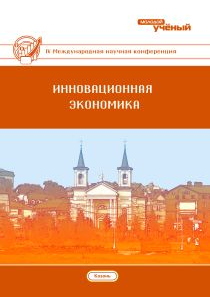 By definition, Globalisation stands for: “Exchange goods and service between people from long distance” (Held, 1999), which is a very long and historical process. The main players in globalisation are multinational corporations. Many firms invest progressively into the technology, innovations and also enter into emerging markets. International Human Resource Management helps these corporations with insights on potential employees or labourers, knowledge management, cultures into new market, traditions in the new region and other important information for easier understanding.

The later part of this essay is about knowledge management and its adoption in multinational corporations. This essay aims to show that multinational companies and globalisation co-exists with each other with implications on human resource management.

Almost all countries in the world take part in the globalisation process. However, there are certain countries that do not participate in this process such as North Korea and other countries with economic limitations. The National Income of countries which are in globalisation process can be found possessing significant figures compared with those non-participating countries. A simple litmus test for evidence of globalisation is to check our local shops; we have fruits and vegetables available all year from all over the world.

International trade has been existent since the development of human history across the world. In intercontinental trade started with the early human civilisations and continued during the times of Babylonians, Mesopotamians and still continuing these recent times with emphasis for progress in better, easier and cheaper way to conduct trade between continents. However, in the past they had some limitations in technology (for example they do not have: e-mail, telephone but only letters or telegram), logistics (for example: they do not have trucks or cars, but they had to depend on horses, sea routes etc) and lacked other important aspects of international business.

First nation which started to improve logistical skills was Greece. They had established trade links with India. This collaboration between Asia and Europe cemented in the sixteenth century. For better understanding of the limitations and benefits in globalisation, “World wide trade” (in short WTO) was created in 1995 and it is working on the following four main principles:

Reciprocity that tariff reductions in one country should be matched by reduction among its trading partners;

Transparency, that the nature of trade measure should be clear; and

Fairness, so that practices like dumping of goods at below market prices or predatory pricing by exporters were deemed unfair and countries were entitled to institute protection against them” (Herld,1999).

However some economic skeptics think that the world is more regionalised than globalised. And that the companies do not sell everything everywhere, they change their products for each market.

It is observed that the people are not the same and would prefer choice and diversity at all times especially in some regions with large multinational population. One of the important aspects of globalisation is human migration. From historical side it is victorious war, for better life, for better work or asylum. The people every time like to discover new places, similar to tourists or for short term stay in the country. The global labour market’s important aspects are infrastructure and communication. The migration can be elite (only some people are changing the place for leaving) or mass migration (many or mostly they change a place for living); nevertheless they have a cultural power in migration. For example, the evidence in the history shows that the mass migration in the UK from Asian countries creates extremely low labour costs. The most usual place where migration originated is from poorest region towards richest region in the world. Also, many religions added to the development and migration of the communities, such as Christianity, Islam, Confucianism, Hinduism, Judaism and Buddhism.

However not all migrants come to new land officially and countries must have some strict immigration laws. With migration, people bring there religions, tradition, language and other cultural aspects from their home countries.

However, in Bartlett and Ghoshal’s research they use only nine biggest companies and not all multinational companies must have exact characteristics, many of them having a mixed characteristic of company. The new companies, multinational or global, changes the way of strategy and adapts itself better in the global market. The new strategy or way of life is metanational company; it means global companies “building an efficient network of production, sales, service subsidiaries capable of penetrating market around the world” (Doz, 1;2001). This new strategy of global market is “learning from the world”. What world needs and what they want? Some of the beginner companies which start to transform from multinational or global company to metanational companies are Procter & Gamble, General Electric and others. But however a true metanational starter is Nokia. The company started by listening to the people’s needs within the region and now the company has grown popular and is fast becoming as leading telecommunication manufacturing companies in the present times.

When multinational companies want to make some innovations in the company, normally they use methods based on central or local innovation processes.

Innovation process is very hard for company (expensive, time-consuming realising it, providing training for employees etc). In the next problem, we will focus on knowledge management because it is very important part of company not only for the innovation but also for the operations of the company.

The multinational companies have a knowledge department (or knowledge office), for organizational learning and informational management to provide for there employee force. However, in some organisations they think that the important parts of knowledge management are in human resource and in information factors. Many of these companies invest more in “intellectual capital” and maintain very close relationship with “human capital”.

Multinational companies feel globalisation because some of them they change their structure to transnational companies without any specific nation and they are major players in world economy and world business. They reshape themselves because companies aim to be global leaders and provider of services everywhere or anywhere in the world. However, companies face a big problem with knowledge management because the management spends a lot of time to adopting something new in the company, or takes long time for adopting itself in a new country. Almost all multinational companies find itself starting in some region which is not good for its business (for example, Nokia in Finland, Yamaha in Japan and many others). They start to become successful only after they are start to listening to the people what they want? They start to be more successful more in the other part of the world compared to home. Nevertheless there are companies which failed after entering into globalisation. Such companies failed as they were not able to determine what could have gone wrong, or they do not have a good strategy, good human resource and other value added factors which may seem not important when everything is working. Many of its employees might have chosen bad strategy, or were not able to calculate their chances in the new markets. Human resource is the important part in any company with interests in the global market (multinational, global or metanational companies). Without globalisation, the existence of multinational companies become meaningless as these companies would not have new markets. The globalisation can not be without multinational companies because if any company do not want enter in new market then the globalisation exists as “not born”.