Cultural life during the reign of Khorezmshakhs 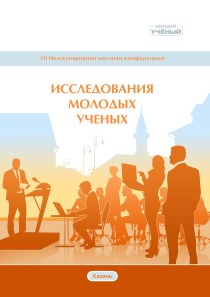 This paper gives valuable information on the fact that how much impact the Khorezmshakhs- Anushtegins had on the development of cultural life in XII-XIII centuries. In order to cover the theme, we have applied the literature of that period.

It is a known fact that in the IX-XII centuries the Renaissance of Central Asia opened a special page in the field of science and culture. Between these periods, science developed in Movoraunnahr, and a basic foundation was laid for many fields and areas of modern science. In particular, during the reign of Khorezmshakhs, the cities of Movoraunnahr and Khorezm flourished as centers of science and culture. During this time, not only science and culture, but also all spheres of society achieved great success. During this period a number of world-recognized scholars grew up in our country. In particular, the cornerstones of such secular subjects as mathematics, algebra, astronomy, medicine, geology, geodesy, geography and philosophy were laid at that time.

The reign of the Ma’muns brought a new phase of development of science and culture in Khorezm. This can be seen in the example of the Khorezm Ma’mun Academy (1004). In addition, the rulers, Ma’mun I and Ma’mun II (1010–1017), as the sponsors of science and culture, established the famous medieval academy in their capital, Gurganch, for their time. During this period, there were several prominent scholars in the academy: Abu Rayhan Beruniy, Ibn Sina, Abu Sakhl Masikhiy, Abulkhayir Hammar and many others.

After the collapse of the state of the Ma’muns (1017), having heard from the scientists and scholars gathered at the academy, Mahmud Ghaznavi took them to Ghazna. During his time, Mahmud Ghaznavi also collected more than 400 scholars in Ghazna as a sponsor of science. As a continuation of this rise, the Khorezmshakh-Anushtegins also made a significant contribution to the development of science and culture. Khorezmian people were not only educated and wise since ancient times, but science, culture and art played an important role in their life. A number of scholars commented on the mind, culture, hard work and wisdom of Khorezmian people.

In particular, according to al-Muqaddasi, “Khorezmian people were intelligent and educated people and they acquired a knowledge of fiqh (Islamic jurisprudence). Khorezmian imam (here as a major scholar) who has not a student learning the fields of fiqh, literature, and the study of the Qur'an, is very rare.” [1] The great scientist S. P. Tolstov’s conclusions on the development of Khorezm in this period, is also exemplary: “When you consider the economic flight of Khorezm in those days, the remnants of this once-feudal monarchy appear in our eyes. Huge irrigation facilities that give us hundred thousands of acres of land; fortifications of strategic and trade routes adjacent to the Khurasan, Movarounnahr and Kipchak steppes; booming cities, booming trade and crafts; and the rich development and the epicenter of the Renaissance of Khorezm which had a profound impact on the history of the Central Asia, Iran and Volga art culture are sharpened in our eyes. [2]”

The development of socio-economic, spiritual and cultural spheres in the IX-XII centuries is characteristic of other regions of our country, except the Khorezm oasis. Bukhara, Samarkand, Kesh, Nakshab, Binokent, Shash, Termez, Kuva, Boykent and other cities are known as centers of trade, crafts and culture.

The formation of a centralized state in the XII and XIII centuries and the famous Khorezm rulers as patron of science and culture are the main factors for the development of science and culture. The sultans were highly educated and well-educated people who received the religious and secular knowledge needed for their time. In particular, Khorezmshakh Otsyz was well-known for his art and science, in his own time he wrote odes, rubais, and were able to memorize many patterns of poetry. El-Arslan, Takash, Sultan Muhammad and other Khorezmshakhs were knowledgable people and appreciated art and poetry. Sources say that Khorezmshah Takash was very interested in music, and he was especially skilled at playing the musical instrument — the oud. [3]

During the reign of Khorezmshakhs Sultan Takash and Alouddin Muhammad, the cultural life flourished. Under these rulers, scientists were treated with great respect in the palace. The development of science and culture was on a high level. In the country, there were many talented artists in all directions. Especially the creativity of the ode-tellers and dastan-tellers were high-developed. Almost all representatives of the Khorezm poetry were palace poets, which in turn proved to be the cultural environment around the ruler. The most influential and prominent poet in the palace was Rashididin Muhammad al-Omariy (1115–1182). He was nicknamed the little bird Votvot (wild swallow) because he was an unattractive, short and bald man [4]. He excelled in writing letters and served as a kotib ul- insho in the palace of three rulers, Otsyz, El-Arslan, and Takash. Besides, a number of famous poets and writers lived during the period of Khorezmshakh Anushtegins. In particular, Hokiy, Khojandiy, Anvariy and many others created their works at that time. The writings of poets and writers in this period were often seen to glorify the courage of the rulers. During the Anushtegins era, science focused on the education of schools and madrassas, which were the primary institutions for the development of culture. In this regard, the country maintained not only the tradition of building madrasahs, opening libraries, filling them with books, shielding the talents, but also the preservation of them.

The formation and development of large centralized states of the country in the IX-XII centuries, strengthening of statehood, spiritual life, development of science and material culture became the basis for development. In cities such as Samarkand, Bukhara, Urgench, Termez, Uzgen and Merv, palaces, mosques, madrasahs, minarets, tombs, tim (a shopping centre) and caravanserai began to be built. Khorezmashakhs paid great attention to the construction of the country.

From this point of view, it is worth remembering the opinions about Gurganch of Yakut, who came to Khorezm on the eve of the Mongol invasion: “I have never seen a better city with such wealth and beauty before. With its endless wealth, large population and its proximity, there may not have been a city like the main city of Khorezm”.

A number of buildings were built in Khorezm in the XI and XII centuries, including the mausoleums of Fakhriddin Rozi and Sheikh Sharif in Urgench, many caravansarai, Buronqala, Naifqala and others [5]. It is clear from the aforementioned data that in Khorezmshakhs state special attention was paid to urban construction and architecture.

Although Islam was born in Arabia, the new divine doctrine appeared and developed in Turkistan. Turkistan brought to the Muslim world many unique talents, such as Khorezmi, Bukhari, Termizi, Nasafi, and Samarkandi. The penetration and wide spread of the ideas of the Holy Quran, embodied in Islam and its basic teachings, as well as the acceptance and belief of the local peoples' Muslim principles and traditions, gradually formed and deep-rooted during this period. The role of great Islamic scholars who grew up on this land are in a unique position. After all, this process reached a new stage in the period of Khorezmshakh-Anushtegins. During this time in the Khorezm region there were also some religious leaders, sayyids and sheikhs who were prominent in their time. One of them was Sheikh Najmiddin Kubro, a prominent figure among the people. This man, through his own Kubravia teaching, urged everyone to glorify his country, to preserve it, to value it, and even to give up his life for the motherland. As an example, he himself did not abandon his homeland, even if his life was in danger. He did not surrender to the enemy, and fought the enemy until the last drop of his blood remained. We should be proud that we are the descendants of our great ancestors like Jaloliddin Manguberdi, Temur Malik and Najmiddin Kubro. From the above data, it is noteworthy that the development of cultural life in the IX-XIII centuries, as well as the spreading of a strong culture among the common people, is remarkable.

In IX-XII centuries in Maveraunnahr and Khorezm Imam al-Bukhari, at-Tirmidhi made a lot of contribution to the

In IX-XII centuries in Maveraunnahr and Khorezm Imam al-Bukhari, at-Tirmidhi made a lot of contribution to the