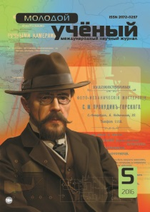 Today, by some of the developed countries of the world neofashizm, separatism, religious extremism, as a democratic expansion of supposed terrorist ideas are being implemented. With their own ideas they are spoiling the minds of the thinking and aspirations of the people to threaten their homeland, native to impair the development of a variety of tricks and begins to devise schemes.

To prevent such violent actions poisoned the minds of the people, especially attention should be paid to the Middle East thinkers of the century works of social, political, moral, religious, educational value. After all, for centuries our ancestors, who has read and follow the sacred religion should not be allowed to use their vile motives. In this regard, the President of Uzbekistan Islam Karimov «High spirituality is an invincible force» described in the book: «Another criterion is closely linked with the rise of the spirituality of the holy religion. It is well known, the beginning of human spirituality in religion as an integral part of the human ideals of truth, justice and truth and justice, which embodied the hopes and longing on sustainable principles have been enshrined in the form of ideas and opinions monolithic systems.

In particular, over many centuries deep understanding of the meaning of life taking place in the hearts of the people, national culture and way of life, values, customs and traditions, religion has been a powerful factor in maintaining the safe and should also be noted. After all, humanity, compassion, honesty, and think about the next life, goodness, kindness, mercy, as precisely these qualities that belong to the people on the ground take root and develop».

Abu Abdullah Muhammad ibn Ismail ibn Ibrahim al-Mughira al-Bukhari, al-Jubfiy 13-day month of Shawwal 194 AH, the current score is 810 on July 20, was born in Bukhara. At the age of 11 began the study the knowledge of Hadith. Bukhar began to find mistakes of some teachers. 825–826 when the age of sixteen years, went to Hajj with his mother and brother, visited Mecca and Medina, and learned enough knowledge of the science of hadith in the Hijaz for six years. After that Imam Bukhari wandered through cities such as Baghdad, the world's largest science centers in Damascus, Cairo, Basra, Kufatocollectthe hadith of the Prophet of Islam, Muhammmad a more in-depth study.

Imam Bukhari remained a great and rich scientific heritage. He wrote more than twenty works. His «al-Adab al-Gabe», «At-as-gum» and «At-Tariq al-kabir», «Kitab al-falikh», «Asom us Sahaba», «Kitab al-Kuna» and other Among the works as the masterpiece «Al-jome as sahih» («Trusted Collection») consists of a four-volume work, the Islamic world and other canonical hadith collections of the most credible and made to perfection. It includes valuable insights and conclusions on the fiqh, hadith of Muhammad, the Islamic marosimchiligi, ethics, education, and in that period of history. Only 7275 the most «authentic» hadith entered the work among the 600 thousand ones scientist collected during the lifetime. This is a rare work written about 1,200 years ago. This work, in turn, is considered to be a valuable resource after the Qur'an, Islam's holy book.

In IX-XII centuries in Maveraunnahr and Khorezm Imam al-Bukhari, at-Tirmidhi made a lot of contribution to the development of Islamic culture as insightful thinkers. In particular, the very success of medieval situation, putting at risk the lives of generations to follow example of moral courage, of the Islamic world, «the Muslim creed», which is the highest honor awarded 870 ATA Imam, who was born in Imam Moturudi.

President Islam Karimov in their «High spirituality — an invincible force», describes the school of moturuduya as follows; «He founded Maturidi schools in the East such a great idea because it found that on the basis of the ideas put forward in the religion of Islam is kindness and humanity that all the believers who were in harmony with the views and aspirations of the Muslims».

With its unique potential to create a great academic school, the home of the beautiful Ferghana Islamic huquqshunosligining who made the world a great representative of the name of the sacred Burhoniddin Marginoniy brings honor to the entire Muslim world for hundreds of years.

Originally born September 23, 1123 in Margilan Burxoniddin Marghinoniy scientific sophistication Rishton, Margelan, Bukhara, Samarkand and other scientific institutions in the cities of Muslim was great in theory and practice. Including, Marghilani took all our knowledge of science in the Muslim world, a great scholar artificial sharee'ah, which consists of four main courses founder of the sect and who diligently read the works of their students. This scientist has created a unique opportunity to leave the works on the knowledge of fiqh. Fiqh scientist «Bidoyat al-mubtadiy» («Starter for initial education»), «al-Muntaha enough» («Final Stop Learning»), «published ul-denomination» («school district»), «Kitab al-Mazing» («rather than science books»), «Kitab al-Mashayikh» («a book about the discipline») among such great works. His unique work of «Hidoya divergent fi fiqh» («Guide in the fields of jurisprudence») work. This book is written by scientist in Samarkand in 1178. Burhanuddin Marginoniy «Xidoya» four volumes of the book consists of 56 chapters. This work is a peculiar code of Sharia, the Islamic world today will serve as a guide for lawyers. The law, along with the author's views and conclusions on the issues of the imams of the Hanafi sect, as well as representatives of other denominations in the comments. Property and financial relations in the game, and criminal penalties, civil rights, judicial and procedural wide range of issues.

Who lived in the XI century, scholar and minister put forward the idea of the ruler of Abu Ali al-Hasanibn Ali tone Nizomulmulk (1018–1092) in his 1091 history and culture of the East «Siyosatnoma» (or «Siyar al-Mulu») with the work of an indelible mark left.

These scientists work as a political program of the Seljuks. The main ideas of the book is that the prime Nizomulmulk appeal kings and rulers, Sulu and compassion, the rational management of the state, the establishment of strict rules and procedures, to be honest, clean, and honestly believer officials, the improvement of the country, to ensure the welfare of its people peace and harmony will encourage customers to try.

Including the king to accept the oppressed, be just, and good natured about Nizomulmulk his work, he wrote: «The king is seen as unjust wrong two days a week, and Algeria, and should have heard the words of affairs directly. It is important that each entry must meet. If the «kingi called him, hear the words of their career, and twice a week to punish the wrongdoers», the message transmitted to the country, think of the consequences of the evil-doers, fear and do not».

«Codes of Temur» what a great minister and statesman Nizomulmulk respectful memorial, wrote: «For example, the Minister of Meliksah Seljuk down Nizomulmulkni career. Appointed were covered with a foot of good quality. Instead, below the breed a bad person appointed as Prime Minister. This minister in charge of tribal affairs, was wrong and disorders judge authority to the desire of buildings destroyed enemy». Nizomulmulk management of state affairs, described his qualities as an example: «I heard Nizomulmulkning had a little bad beat a lot of good work habits». He said one of his parents at the time of going to hajj said: «Melikshah, in the service of the state, good works, and carrying out God's servants to coincide with the pilgrimage was to help».

«Codes of Temur» I can understand that the definition given at the time of his Nizomulmulk attention to the interests of the public administration ra'iyat. The Ministry of nearly 30 years, the Seljuk rulers honest labor Nizomulmulkning «Siyosatnoma» and its socio-political, historical, spiritual, ta'rbiyaviy the importance of world literature, has been living for almost a thousand years.

Aspects of public life, in turn, be an example and a lesson for stories «Siyosatnoma» the author of the members of the community, loyalty, justice, and urges the elbows come in the way of justice, wisdom and courage to take a job with the roads.