Socio-economic life during the reign of the Khorezmshakhs 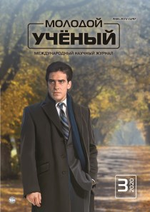 The article provides useful information on the procedures conducted in order to develop socio-economic life in the reign of the Khorezmshakhs — Anushtegins’ (1097–1231) and on the most advanced sectors of the economy during the Khorezmshakhs’ period.

At the beginning of the IX-XIII centuries, the Samanids, Karakhanids, Ghaznians, Seljukids and Khorezmshakhs dominated in Central Asia. Because of their position and role, these countries have received considerable respect and recognition in the international arena. Under the reign of entrepreneurial and far-sighted statesmen such as Ahmad, Nasr, Ismail Samani, Alptakin, Mahmud Ghaznavi, Togulbek, Sultan Sanjar, Otsiz and Takash, prosperity was achieved in all aspects of life in Central Asia, and the government was strengthened and there was relative peace, tranquility and stability. It is noteworthy that the Khorezmshakh state not only established a powerful army for its time, but it was able to raise the social, economic and cultural spheres of the country to the highest level.

A great deal of hard work and effort lies at the heart of this rise. Due to the fair policies of the Khorezmshakh rulers, the state has become one of the most powerful states of its time. Of course, we are mistaken considering all of this occurred due to the wise policy of the rulers, because behind this prosperity, the hard work of the people of the Khorezmshakhs’ state is invaluable. All segments of the society made a great contribution to the power of the state. Despite the continuous wars of the rulers, the social life of the country underwent great changes.

Khorezm has always been one of the most developed areas of agriculture based on artificial irrigation, livestock and crafts. In ancient times, one of the main factors for the prosperity and development of this country was that the Great Silk Road passed through this region. With the appearance of a large political association during the reign of Khorezmshakh state, the political status of the state increased. This, in turn, contributed to the development of crafts and trade, the rise of cities. The achievement of political integrity and stability in the vast region has led to positive changes in the development of socio-economic relations. Archaeological studies and written sources have shown that artificial irrigation was given great attention, and efforts were made to use the oasis as widely as possible. As a result, there were no interruptions in the development of agriculture. Various agricultural products were grown. High yields were obtained from them. The cities were boiling with life, commerce and crafts flourished.

Agriculture was one of the most developed branches in the Khorezmshakhs’ state. Taking into the consideration the fact that one of the main occupations of the Khorezm population at this time was agriculture, it is clear why government officials had paid much attention to developing this sector. A number of factors contributed to the development of agriculture, and most importantly, the improvement and frequent cleaning of irrigation facilities made farming in Khorezm one of the most developed sectors. Farming in the cities on the right and left banks of the Amudarya was well developed. Because the Khorezm farming was based on artificial irrigation, the Amudarya played a major role in agriculture. Academician Yahya Gulyamov, who conducted archeological research in the Khorezm region, wrote in his book on the Amu Darya: “The Amudarya starts at an area of ​​almost 4000 meters above the northern slope of Hindikush and is called the Vohandarya before joining the Pamirs or the Pamirdarya. The Pamirdarya is the second name of the Amudarya and flows through mountain lake called the Zurkul”. [1] In addition, gardenship, which is a branch of agriculture in the country, was developed as a separate branch. Handicrafts was another area in Khorezmshakhs’ state. More than 50 types of Khorezm handicraft were highly valued abroad.

Khorezmshakhs paid special attention to the development of trade. In many cases, the purpose of Khorezmshakhs’ ambassadors' exchange with other countries is to promote trade. In the foreign trade of Khorezm, China, Andalusia, South Russia and the Middle East were leading. Although the main occupation of the country's population was agriculture, herders were a significant part of the population. Mainly nomadic tribes practiced livestock in the country. The main product of the tribes was the horse that was very important to the Khorezmshakh’s army.

As mentioned above, the country had a very good trade. There were a number of reasons for this, including the fact that the Khorezmian army were at war with large-scale military wars, and as a result of the widespread expansion, Khorezmian traders had a right to trade with them. In addition, Khorezmshakhs paid special attention to the safety of caravan roads. The troops had also been cleaning up caravan roads from pirates at times. Sources say that Khorezmshakh troops had been very helpful in the safety of commercial caravans, and sometimes large caravans were escorted by Khorezm's troops to their destination. Another factor contributing to the development of commerce was coinage, which was the common currency in the country.

According to official records, the first coin was developed by Khorezmshakh Otsiz (1141). According to the tradition, the ruler occupied some provinces or cities, and on his own behalf he struck a coin. When Otsiz went to conquer Nishapur, he agreed with the people of the city: “After the letter was read to the people, Khutba should be read for us in Nishapur, a tiraz (Sultan's name, ornaments, precious cloth) should be weaved”. [3] As you can see, the coinage was well-run in the country. Subsequent rulers, learning from Otsiz, began to pay serious attention to coin-money circulation.

In Khorezmshakhs’ state, the rulers paid special attention to the welfare of the common people. In one of his decrees, Khorezmshakh Takash ordered to be fair to the governor, to protect the interests of farmers, and to observe the laws in the process of tax collection. Jaloliddin Khorezmshakh also exempted the population from tax on the people who were in a difficult situation.

The person who had seen the events of this period and could draw right conclusions, Shahobiddin An-Nasafi highly appreciated the rule of Sultan Muhammad, saying: “His work was great, his father inherited the kingdom of Khurasan and Khorezm, he also united Iraq and Mozandaran. At the same time, Kirman, Kesh, Seiston, Gur, Oaz, Bamiyan and other Indian valleys were added. All of this was done without the help of the swords, conquering those countries without excessive force, struggle, violence or destruction, only with threats. It united about four hundred cities under its control. It would have been difficult for anyone else to succeed, and with one word, he had accumulated so much property and tried to be good for the people”. [4] All the opportunities available to the people in this country had been eliminated by a single political error. The events of the Mongol invasion had shown that the political foundations of this great kingdom was quite empty.

The struggle for power between the various political forces in the country, the inability of the people and the nation to unite against the enemy in the darkest days, on the contrary, increased tension, corruption, and eventually the destruction of the kingdom. The bitter fate of this great kingdom and its ruler, Khorezmshakh Sultan Muhammad, that was lost in a very short time (three years) to surprise its contemporaries and subsequent generations, should be a bitter lesson for the present generation. Because history is a source for lessons.