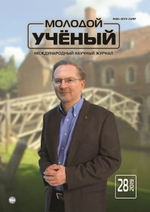 The forms in the documents in meaning of legal relations. In the state documents the official texts relate to law of tarxon or suyurgal the person who takes the credential is about paying of state tax and payments or partly liberating from it. This statement is about legal relations depicts by means of finished sample combinations. One of the forms küč uğa tegürmäsün (it should not be used to it the power) is a formal. This singular is used in all documents which give privilege. The credential of Timur Qutlug’ was inscribed in the office of Gold Horde V.Radloff who prepared it for publication expressed his mind about the pronoun uğa in part of singularity, said that it appeared under the influence of dialect: “oğa was very interesting form it is not used either in Uigur, or in Jagatay writing. This form is Nogoy and from my view point it indicates to the origination of the person who wrote this credential [Радлов 1888, 33]. But, to studying the documents from this type shows that the researcher’s mind is baseless. Thereof the letters were inscribed in the offices in such kind of capital cities of Temurids like Herat and Andijon and they were given from Shohrux and Umarshayx also came across in letters this combination in this form (küč uğa tegürmäsün) and in this part of credential. It shows that it was one of the sample combinations which were widely spread in Turkic documentation.

There are evidences that the singular is an equal to this form used in the office of neighbouring region. For example, in contemporary credentials in mongol language was in this form k’uč’u bu k’urget ugee, but in the Chinese documents syu i sili čji [Зограф 1984, 26]. This combination appeared as a unique and the main singularity in part was registered that nobody could harm the person who took privilege.

The forms show the authenticity of the documents. The authenticity of the documents, their legitimacy always was the primary task in documentation. Particularly, it was problem providing authenticity of deed belonged to people. But, in this problem was chosen well-founded way in the history of Turkic documentation. For example, we can see in the documents belong to citizens. At the end of the documents were used several sample combinations related to their authenticity. One of this is the form bu nišan meniŋ ol. This singular is integral part of all types of mutual exchange, rent, debt agreements and wills. It fits to the process signing and proving authenticity of sign in the modern documentations. Usually in the deeds first of all is indicared the sample bu nišan men, then the name of the person which should sign and predicate ol confirms the task. For example: bu nišan men Arïğnïŋ ol. — “This sign is mine of Arign”. The term nišan is use in this combination use in meaning the sign of the person who take part legal relation.

Except this we can see the sample was used the term tamga instead of the word nišan. In such kind of combination tamga — is used in meaning “seal”.

It is possible that one of the words nišan and tamğa is “mark” (sign) and the second is “seal”. In place was written nišan was marked; written tamğa was sealed.

One more sample combination for providing authenticity of the documents is the form shows who or whose words were written in the official text. This singularity is the integral part and constant component of the ending of the civil document. By means of this singularity one side of mutual exchange relations confirms that it was inscribed the document by itself or the official text was inscribed by words at dictate of one or both sides. For example: bu bitigni men Buyan Tämür öz iligin bitiyü tegintim. — “This document I’m Buyan Timur wrote it by me”. Along with this Buyan Timur confirms that he wrote deed by himself.

In other document under the code U 5260 was written by the words of the person who took part in execution of this deed: men Moŋul Buqa ayïtïp bitidim. — “I’m Mongul Buqa dictated” [U 5260, 9].

The form “Thousand year ten thousand days”. The buying-selling and trading agreements of the XIII-XIV centuries includes the type of official texts related to buying-selling of land, garden and slaves and it was confirmed that the owner who bought the land or slave would be master it the whole life. The period of mastering of whole life was signed by means of form miŋ yïl tümän kün.

Let’s look through some letters. During the scientific expedition to Easter Turkistan S. E. Malov found the documents in one of the documents related to buying-selling of the slave was given the sample combination in the following form: Bu, män satmïŝ kiŝigä miŋ yïl tümän küngä tägi Bedrün erklig bolsun. — “I’m who sold it will belong to Bedrun thousand year and ten thousand days”.

There are hundreds of official texts belong to Turkic nations are preserved in Berlin scientific academy of manuscript fund. The document under the code U 5235 attracts attention. It is about the father who gave to his thirteen year old son as a servant-page to the person Olqish. In the official text the possession rights was given by means of stereotype combination which we study: Bu, Yuŋčïqa miŋ yïl tümän küngä tägi Alqïŝ erklig bolsun. — “This Yunchiga will belong to to Alqish thousand year and ten thousand days”.

This form comes across in documents not only buying selling of slaves, but also in the documents about the selling of land or vineyards. Particularly, the document under the code U 5234 relates to buying selling of the land. In its depiction singularity which we examine was given in the following form: Bu, tört sïqïlïğ yirgä miŋ yïl tümän küngä tägi Mïsïr erklig bolsun. — “This (square measure) land thousand year and ten thousand days will (use) belong to Misr”.

The depiction form in the documents which we investigate also come across little changed from it. For example, in the book “In ancient Uigur writing deeds” in buying-selling the land agreement published under № 7 was in the form “ten thousand year”: Bu küntä ïnaru bu yer üzä miŋ tümän yïlqa tägi Äničük erklig bolsun. — “From this day this land will be under the control of Anichuk ten thousand years [QUV 2000, 145].

Along with this, let us say several words about the origin and historical root of this form. Some turkologs, for example S. E. Malov such kind of view point “The expression “thousand year and ten thousand days” (i.e. eternity) was adopted from Chinese it also comes across in the monuments of Turkic-runic writings” [Малов 1927, 394]. From our view point we should think about the problem of adaptation this depiction sample from Chinese.

Therefore, the equal form to this singularity also comes across in the documents which we investigate in the texts in Ko’k Turkic writing which had been inscribed four, five centuries before. This combination comes across like in the form above in the epitaphs written in the VIII centuries. For example, a Finn scientist, professor G. I. Ramstedt found the letter in Mongolia in 1909 which was erected in honour of Uigur khoqon Moyonchur this example about that the state order has an ancient root. This combination gives in this form: Anta Ïduqbaš kedintä, Yabaš, Toquš beltirintä anta yayladïm, örgin anta yaratïtdïm, čït anta toqïtdïm, bïŋ yïllïq, tümän künlük bitigimin belgümin anta yasï tašqa yaratïtdïm. — “At that period in the west I spent the summer at the strait of Iduqbosh, Yashab and Tuqush (rivers). At that place I built my castle, fortified wall, thousand year, ten thousand days agreement I wrote on the stone my inscrition” [Содиқов 2009, 58]. In example, “thousand year, ten thousand days inscrition” (bïŋ yïllïq, tümän künlük bitig-belgü) this sample in meaning the roots of statehood of our grandfathers and their order was built on the basis of thousand year traditions.

In the document miŋ yïl tümän küngä tägi (the name of the person) erklig bolsun by means of the legal form in the document the person who executes buying-selling relation provides full possessing right of property or a slave.

From our view point in Turkic documents “ten thousand days” was entered the legal-office work of Ko’k Turkic khogon period.

Also, this legal combination appeared as a unique and the main form of the part of agreement where shown the possessing right of mutual exchange, trading and the official letters relates to buying-selling of land and slaves.

In Turkic documents the combination “ten thousand days” at first it appeared in verbal speech of our grandfathers. Then in a writing literary style, from it moved to the official style as the combination depicts the mind.

The expression “thousand years” also is used in modern Uzbek language: the past time in meaning “long time”, in the future tense it means “till the end of the life of the person”.

It becomes clear, that this combination in Turkic official texts was formed in ancient Turkic environment on the basis of writing features of the document and the rules of official style, in official texts of the XII-XIV centuries we can see its developed and completed sample. Therefore, the textual study of Turkic language historically passed a long revival stage.

Except above mentioned at the beginning of credentials of the rulers belong to the legal-offices takes place the stereotype sample. Generally, at the beginning of the state credentials was used the component was registered by whom it was given. This component was named “the title”. Composing of the titles is a unique. Especially, the title of the documents of early and middle ages attracts attention. In spite of it, they are in a simple sentence form, its essence covers widely.

Generally, the structure of depiction samples of the documents which we are talking about appeared under the influence of long historical-linguistic tradition. These singularities appeared in the form of sample long time before in such kind of state’s official letters and were worked out according to the norms of writing of the documents.