Foreign investments in the Republic of Kazakhstan 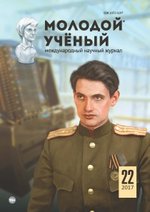 Attraction of foreign investments into the economy of Kazakhstan is an objectively necessary process. The world experience of many countries shows that the influx of foreign capital and the state regulation of its use have a positive impact on the economy. Investments contribute to the establishment and strengthening of private enterprise in countries with medium and low levels of economic development, mobilize capital for the implementation of serious projects, the creation of mixed companies, and loan capital markets. The strategy and tactics of increasing the efficiency of the republic's economy depend on how successfully Kazakhstan's economy integrates into world economic ties.

Attraction and effective use of foreign investment in the economy of the Republic of Kazakhstan is the basis, one of the directions of mutually beneficial economic cooperation between the countries. With the help of foreign investments it is possible to really improve the deformed production structure of the economy of Kazakhstan, create new high-tech industries, modernize fixed assets and technically re-equip many enterprises, train specialists and workers, introduce advanced management achievements, marketing and know-how, fill the domestic market with high-quality domestic products With a simultaneous increase in exports to foreign countries.

The legal regime provides guarantees for foreign investors, the main of which are:

1) the national regime, foreign investors have the right to use conditions no less favorable than domestic investors;

2) government guarantees on behalf of the republic;

3) guarantees against changes in legislation and the political situation;

Also, the government of the Republic of Kazakhstan developed and enacted other laws and regulations that regulate investment activities in the republic. From the point of view of politicians and economists of the republic, with the participation of foreign capital, the following tasks can be solved:

− Strengthen the country's export expansion and strengthen its position in foreign markets;

− to raise the scientific and technological level of production with the help of new technologies, methods of management and marketing of products;

− promote the development of backward and depressed areas and create new jobs in the national economy;

− use modern production and management experience through training and retraining of personnel;

− to achieve economic independence of Kazakhstan. [1]

Thus, foreign investment is an objectively necessary process for Kazakhstan. It contributes to overcoming the crisis and, at the same time, financial stabilization of the economy, it solves strategic and tactical tasks of a macroeconomic nature, such as combating inflation, restructuring, eradicating the technological and managerial backwardness of the economy. That is, all these factors prove the importance of attracting and using external capital investments.

For Kazakhstan, the most expedient and painless, in terms of influencing inflation and foreign debt, is attracting foreign direct investment, since direct investments, being attracted under its own guarantees of borrowers, reduce the state's financial obligations to borrow funds for structuring the economy.

The economic reforms implemented in Kazakhstan significantly changed the legal, financial, economic and social position of the main link of the national economy — the enterprise, its status in the system of economic and civil turnover. Instead of prevailing earlier in all branches of the economy of enterprises based on state property, thousands of enterprises based on private, mixed, joint-stock ownership emerged and function. All this has affected the change in the mechanism of management and organization of investment activity as the basis for economic growth, increasing the competitiveness of organizations and the economy as a whole.

The state itself The Republic of Kazakhstan should act as the organizer of the investment process and the main investor. This is its main function from the point of view of social policy.

In 2016 gross inflow of foreign direct investment to Kazakhstan increased by 40%, the National Bank of the Republic of Kazakhstan reports.

According to the financial regulator, in 2016 gross inflow of foreign direct investment into Kazakhstan increased by 40% compared to 2015 and amounted to $20.6 billion.

In conclusion, I want to say, the Republic, Kazakhstan is of great interest to foreign investors. The investment attractiveness of the Kazakh market is ensured by the combination of access to natural resources, the size of the market, the strategic location of Kazakhstan, as well as a stable domestic political situation and the availability of an appropriate legislative framework. Since 2001, foreign direct investment in the economy of Kazakhstan has reached 20.6 billion US dollars. But since the need for investment is far from being exhausted, Kazakhstan is still interested in attracting them. Currently, the priority areas for investment are: the fuel and energy complex; Agro-industrial complex; Infrastructure, including transport, telecommunications, social infrastructure. Perspective forms of attracting foreign capital are such as financial leasing, selling shares of large enterprises to foreign companies, attracting foreign investment in venture production (with the participation of the state or government guarantee). [3]

The attraction of foreign investment to the enterprises of Kazakhstan is the overcoming of economic backwardness, ensuring the high quality of life of the population of the country on the basis of using foreign capital in modernization and structural transformations of the national economy. Achieving this strategic goal will ensure the solution of the following tasks:

To stimulate the flow of foreign investment and financial control over their use, it is necessary to improve the effectiveness of the mechanism of state regulation of the process of attracting foreign aid, which includes the organizational structure for managing foreign investments and a wide arsenal of legal and economic means used by specialists of this structure; To improve the system of insurance and reinsurance of risks; Establish high-quality and timely information support for foreign investors; To implement a number of other measures, but most importantly — the investment policy of the Republic of Kazakhstan should be flexible, pragmatic and appropriate to the ongoing internal and external economic realities. [5]