Structure, Industry and Relationship with Other Psychology Sciences 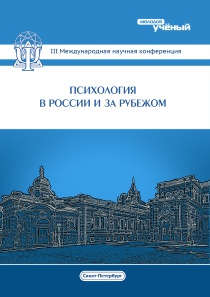 Psychology as a science has two main directions — scientific and applied. Scientific psychology is busy looking for new knowledge, experimental testing of hypotheses, justification from a scientific point of view of psychological phenomena and phenomena. Applied psychology is addressing specific set of problems that arise in everyday life. In psychological science there are several directions, some of them are so far: structuralism, functionalism, behaviorism, Gestalt psychology, psychoanalysis, humanistic and cognitive psychology.

There are many sciences that study human and its activities from different perspectives. Psychology is related to many of them. For example, to isolate psychology from philosophy and relationship with her is very strong, since the subject of psychology — the psyche — is a phenomenon difficult accessible to knowledge in the material world. Naturally, that psychology as a humanitarian science is closely connected with this science as pedagogy: psychological knowledge is very important for literacy education, children's education. The man — a social being, is closely related to psychology and sociology, as considers psychological phenomena and processes in the Group. Psychology is related to the medical and biological sciences: most of psychic phenomena has physiological conditioning, so the knowledge gained, for instance, by physiologists to help you better understand the nature of these phenomena. Communication psychology and technical sciences (engineering, mechanics, etc.) Due to the fact that man is a direct participant in all technological and manufacturing processes. In addition to psychological research and experimentation must be part of mathematics, physics, statistics (hypothesis testing). Thus, modern psychology is closely related to various fields of science and practice. [5. S. 57–62]

Sensations and their properties, thresholds and interaction. In psychology, a feeling meant to realize subjective perceptions or unconscious, but acting on the behavior of the human central nervous system processing of the product of significant stimuli arising in the internal or external environment. The ability to sensations is present in all living beings having a nervous system. Sensations function is to promptly and quickly brought to the central nervous system status information for internal and external environment, the presence in it of biologically significant factors.

The main properties of sensations include:

Quantitative parameters of the main characteristics: for the emergence of a sense of the stimulus should have a certain amount of intensity. The minimum amount of stimulation that causes a barely noticeable sensation is called an absolute lower threshold of sensation. The ability to feel the weakest irritation called absolute sensitivity. It is always expressed in absolute numbers. Upper absolute threshold (sometimes — pain threshold) — the value of the stimulus, in which he ceases to be perceived adequately. The lower and upper thresholds of sensations define the limits of available perception of the surrounding world. The magnitude of the absolute threshold characterizes the absolute sensitivity. Along with absolute sensitivity should distinguish between the relative sensitivity — sensitivity to distinguish the intensity of the impact on the other. Relative sensitivity threshold is characterized by discrimination. discriminating threshold, or differential threshold — barely perceptible minimum difference in effect two similar stimuli, a relative value (fraction) which shows how much of the initial intensity of the stimulus necessary to add (or subtract) to give subtle sense changes in force stimuli data. The intensity of the sensation does not increase in proportion to the stimuli, but much slower. S = K * Lgl + C, where S — the intensity of the feeling, I — strength of the stimulus, K, C-constants. This formula reflects the position which is called basic psychophysical law, or the law of Weber — Fechner.

Interaction sensations in some cases, leads to sensitization, to increase sensitivity, and in other cases — to its decrease, ie, to desensitization. Thus, the high level of noise in the «high-profile shops» reduces visual sensitivity. One manifestation of the interaction of sensations is the contrast of sensations. The contrast of sensations — it increased sensitivity to one property under the influence of others, the opposite properties of reality. Example: The same figure gray color on a white background appears dark, and black — light. Sometimes the feeling of one species can cause extra sensation. For example, sounds can cause sensations of color, yellow — feeling sour. This phenomenon is called synesthesia [5. S. 165–179].

Perception, its types, properties and laws. Perception — a holistic reflection of objects, situations, events, is resulting from the direct effects of physical stimuli on the receptor surface analyzer [5, C. 200]. Together with the processes of sensations provides direct sensory orientation in the world. In contrast to the sensations that reflect only the individual properties and qualities of objects, perception holistically and objectively. The result of perception — the image of the object. The original form of knowledge — the feeling. The perception acts as a synthesis of sensations, forming in the process of active reflection of objectively existing holistic object.

Depending on the leading analyzer in the act of perception, distinguished visual, auditory, tactile, gustatory and olfactory perception. An important role in all kinds of perception plays motor (kinesthetic) sensation, cat. not always clearly understood. So, in addition to the visual perception of the actual viewing experience also includes the kinesthetic sensations that occur when moving the eyes. Especially great role of kinesthetic sensations in the tactile perception. In the process of auditory perception active participation can make weak movement’s articulation apparatus. Traffic included in the act of perception, are important in the process of analysis of stimuli, clarifying feelings, their synthesis into a coherent image of the object and its spatial and temporal localization.

Perception is always more or less connected with thinking, memory, attention, motivation, and it has directed some emotional coloring. This mediate perception, ensuring its meaningfulness.

Objectivity — a person's ability to perceive the world not as a collection of unrelated experiences with each other, but in a form separated from one another objects having properties that cause data experience. Integrity — the perception of the property, in which every object and spatial objective situation are perceived as sustainable systemic whole, even if some parts of the whole at the moment cannot be observed. Constancy of perception — the relative constancy of certain perceptual properties of objects (shape, color, size and others.) At a relatively wide range of changes in the conditions of perception. Categorical perception — the inherent ruggedness of the higher forms of perception and generalization. An important feature of perception is its dependence on the past experiences, knowledge, content and objectives of the activities performed, individual psychological differences in men (needs, aptitudes, interests, motivation, emotional state, etc.). Under the influence of these factors, there is apperception that characterizes the dependence of perception of the total content of the mental life of the individual and causes significant differences in the perception of the same objects by different people or the same person at different times. Structurally — the perception of the property where it is not acting as the sum of human sensations, but as abstracted from these sensations generalized structure, emerging for some time. Meaningful — property characterizing the relationship of perception with thinking, manifested in the conscious perception of the subject, attributing it to a particular group or class. Selectivity of perception — the property, where the perception of one object or a particular group of objects, other objects of the real world are the backdrop of perception and are not reflected in the mind. [5. S. 207–212]