The semiotic analysis of translation of B.Alykulov’s poems 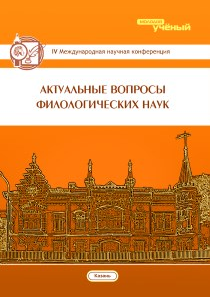 Poetry translation may be more challenging than other types of translation due to the importance of both form and content in the type of interpretation and response evoked in the audience. In poetry translation one of the most essential issues to be addressed by the translator is whether to prefer the form over the content or vice versa. It is tried to show that how linguistic and extra-linguistic features of the original poem has been dealt with in the translation process.

Poem is a language in piece of writing used by poets to say something that contains feeling and thought. A poem is a work of art. Literarily a poem is a piece of creative writing verse that expressing deep feeling. As it is evident translating poetry is a matter of relativity i. e. all aesthetic aspects of the original poem cannot be transferred into the target language version. We can find excellent translations of masterpieces of the world poetry. This shows that although translating poetry is more demanding than other types of texts, it doesn't mean impossibility of translation of poetry. In the researchers' opinion, translators of literary texts, especially poetry, should at least possess some degree of artistic genius. There are different types of strategies which translators adopt for translating poetry. In this strategy the translator imitates the rhyming pattern of the original and produces a verse translation. Based on this strategy translates poetry into rhymed verse regardless of the structure of the original text. In this strategy meaning is sacrificed for the formal beauty. The translator tries to produce a text which is based on the norms and conventions of the target culture.

The paper analyses the semiotic analysis of the metaphor and simile. Semiotic approach to a simile helps understand one of the initial stages of comparison as a mechanism of cognition.

In order to understand poems, we have to read it for several times and try to interpret what is meant by the poem in his poem. We can use the semiotics theory, because poem contains some elements that have some relationships with semiotics: such as symbol, denotation and connotation.

Also the poets use different semiotic signs in order to give the meaning through the stylistic devices. Poetry depends upon this use of language for the power of its imagery and for its capacity to shock us out of the lethargy of ordinary language use and to awaken complex and vivid images in the mind. It is in the conflict between literal and figurative language that a powerful dynamic is evoked. Thought itself is stimulated by the device, and that is a large reason why it is used instead of literal, exact meanings. The other reason, often suggested in the literature, is that metaphor creates new meanings that do not and cannot otherwise exist.

At least we can understand much closer to what the message is to be conveyed by the poet. Semiotics is a study of signs.

A semiotic analysis of a literary text deals, instead of themes and general meaning, with the way in which meaning is produced by the structures of interdependent signs, by codes and conventions.

Semiotics as a discipline simply the analysis of signs, or the study of the functioning of sign.

Metaphors are figures of speech that communicate meaning by ana1ogy by explaining or interpreting one thing in terms of some- thing else {e.g., «My love is a red rose»). Similes also communicate by analogy, but in a weaker form that uses like or as {e.g., «My love is like a red rose»). Many people learn about metaphor in literature classes, where metaphor and simile are described as «figurative» language, and assume that metaphors are used only for poetic or literary purposes. They assume that metaphor is a relatively unimportant phenomenon. George Lakoff and Mark Johnson (1980) argue to the contrary; they see metaphors as central to our thinking. Most people think they can get along perfectly well without metaphor. We have found, on the contrary, that metaphor is pervasive in everyday life, not just in language but in thought and action. Our ordinary conceptual system, in terms of which we both think and act, is fundamentally metaphoric in nature. The concepts that govern our thought are not just matters of the intellect. They also govern our everyday functioning down to the most mundane details. Our concepts structure what we perceive, how we get around in the world, and how we relate to other people. Our conceptual system thus plays a central role in defining our everyday realities. Metaphor, then, plays an important role in the way we think and pervades our thinking. It is not just a literary device used by poets and other writers to generate certain kinds of emotional responses; it is a fundamental part of the way humans think and communicate.

The creative use of language is not constrained to the making of simple, substitution type metaphors. Metaphor — or something like it — operates at the level of word phrases, but also at the level of entire sentences, at the level of entire passages, and at the level of entire works, be they poems, prayers, or novels. The same process that produces a simple metaphor also elaborates into the creation of allegories and parables. Our interest in metaphor is that the process itself may be studied at a relatively simple level, and once we have understood how the mind plays imaginative games with the use of single words to make new meanings we can then turn to more complex acts of the imagination. We can discover how far more elaborate acts of creativity are possible, and perhaps why they are necessary.

The act of translation strongly based on the theories which are used in rendering it, thus theories play important roles in producing a perfect translation. The tension between faithful and beautiful translation, literal and free translation or the importance of form and content is always existed in the process of translation, but scholars widely agree that the main aim of translation is to create the same effect of the original as much as possible. Some scholars attempt to present their ideas through a translation theory.

The poem that will be analyzed is a poem by Kyrgyz poet Barpy Alykulov “Molmolum” which is became as anthem for the fellows who are in love, in spite the poem was written in the 19-th century. The reason why we chose this poem, because the poem contains words that have denotative and connotative meanings. The other reason is we are translating all the poems of Barpy from Kyrgyz into English. The poetry of B.Alykulov is radically original and innovative. He was a poet of immense depth and stylistic complexity. His poems are so unique that it is difficult to place them in a single tradition. The poet developed his arguments through startling metaphors, metrical variations, and angular, imprecise rhymes. Visual aspects of his poetry are very peculiar: unusual using of metaphors and similes that amazed readers. Some people praised her imagistic qualities and the supreme mastery of words; others considered Barpy’s poetic innovations as a result of ineptitude, but nobody remained indifferent.

The poems of Barpy cover a wide range of topics. His poems are unique for the era in which he gave a theme like: “Sun”, “Water “,”A good girl” etc.

The poem «М¸лм¸лùм» is full of similes. The title is metaphoric in itself, because the word “Molmolum” is not understandable, it symbolizes the beautiful girl. The poet tried to describe a man who couldn’t reach his love, because of poverty. This poem is full of culture-bound terms. Here is an analysis:

Your look is unique

And a flame comes to my heart.

The similes in the target text were translated like similes; we tried to give the meaning.

The translated text entirely did not lost the poeticism of the original for the simple reason that the translator was unable to maintain the grammar of significance.

It is a word-for-word translation of the original; instead of it the meaning of the original was kept. Finding the correct and appropriate equivalences for these terms is one important task of the translator. It can be said that the translated poem will not create the same response and effect as evoked by the original text in the audience. Almost all literary devices were translated literally. Like the original poem the translated one is was without rhyme and rhythm (except for some few cases).

The beauty of the face with light

The beauty of the belt that is tight

The rhyme and rhythm in the original was saved. We can say that the translation is adequate. The semiotic sign of the word “нурлуукыз ”, and simile “нурдайкыз” symbolizes a very beautiful girl by nature without sin. In translation we used the word “light” which gives a meaning like ‘spiritual illumination by divine truth’ and a good expression in someone's eyes indicating a particular emotion or mood.

In conclusion we can say that poetry has always been and always will be translated, and examine, preferably, the specifics of translational operation whose object is poetry in its most characteristic textual expression: the poem. Poetry can be translated without necessarily involving poetic translation. We tried to find in the text what constitutes the expression of poetry and see which operations in the act of translation enable «transferring» this poetry to the translated text; in other words, how to translate a poetic text so that it is expressed as poetry in the target language-culture.