The role of motivation on learning English 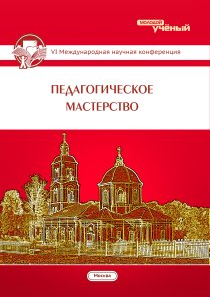 “There is general agreement among language teaching methodologists and practitioners alike that there are no easy answers to the question of what it is that determines success in the foreign language class. We will stress the role in these processes of the positive and negative thoughts of both learners and teachers, and we will talk about the significant influence that higher order beliefs, beliefs about capabilities and beliefs about identity, have on the students' learning outcomes, and in particular in determining their motivation and influencing their self-esteem.

Different attitudes to studying English reflect the two main kinds of motivation in foreign language learning: instrumental and integrative. When anyone learns a foreign language instrumentally, he needs it for operational purposes—to be able to read books in the new language, to be able to communicate with other speakers of that language. The tourist, the salesperson, the science student are clearly motivated to learn English instrumentally. When anyone learns a foreign language for integrative purposes, he is trying to identify much more closely with a speech community, which uses that language variety; he wants to feel at home in it, he tries to understand the attitudes and the world view of that community. The immigrant in Britain and the second language speaker of English, though gaining mastery of different varieties of English, are both learning English for integrative purposes.” [7]

Motivation is considered as an integral part in the achievement of any goal. An important factor has a positive influence in any educational learning process especially in learning second language. Gardner [6, p. 136] defines “Motivation as an internal state that arouses, directs and maintains behavior”. Brown [2, p. 88] defines, “Motivation as an internal process that activates, guides and maintains behavior over time”. In the light of these definitions motivation can be considered a process that influences the success of the second language learning.

Mower was the pioneer who focused on first language acquisition. He was of the view that a child learns his first language in order to fulfill his desire to interact with his family and society. Robert Gardner [6, p. 147] was largely influenced by Mower’s idea. Gardner presented Mower’s idea as the basis for his research.

Gardner’s model tends to reflect four basic features of the second language learning. These features are:

In the light of this model, it can be seen that motivation works on three levels.

On the basis of these elements, the learner can be categorized into two levels of motivations that are.

Learners with an instrumental motivation want to learn a language because of a practical reason such as getting a salary/ bonus or getting into college. Gardner and Lambert [5, p. 45] considered instrumental motivation as a means to get social and economic reward through the second language Learning. Motivation is an important factor in the second language learning. Some researchers are of the view that both types are important to fulfill the purpose of learning. Therefore, it is necessary to know the combination of both the types. Brown [2, p. 87] suggested that for learning target language learners prefer the combination of these two types. He viewed three conditions necessary for learning the second language.

a)      the need of motivated students to learn target language.

b)      native speaker’s support to learn the second language.

c)      contact between native speaker of target language and learners.

Clement and Kruideniet [3, p. 89] stated that the second language’s learners who want to make friends among the target language people can be either instrumentally or interactively motivated. On the contrary, some researchers such as Au [1, p. 19] suggested that both types are not easy to distinguish into different categories. One important aspect we should keep in mind regarding this dichotomy of motivation is that can be seem in the words of Ellis [4, p. 78] “as complementary rather than as distinct and oppositional”. Ellis [4, p. 76] pointed that motivation varies from person to person depending on learning context and task. Through previous studies, it has been revealed that dichotomy of integrative and instrumental motivation has been the focus of many researchers.

As it has been discussed earlier that the types of motivation vary from context to context as viewed by Ellis. [4, p. 77] Now the question arises that which type would be more effective in our context. Therefore, the purpose of this study is to investigate the type of motivation that is more popular among the students in learning English as a second Language. Furthermore, the study with possibly provide a sufficient insight in understanding the students priorities and will discuss some innovations and improvements regarding English Language Teaching and the second language learning. The concept of motivation can be understood differently by people coming from different contexts.

Motivation can be affected by different factors such as attitudes and goals. Motivation has an influential role in the development of language skills. Parents and teachers play a vital role in motivating students to the learning of a second/foreign language. Motivation affects the use of language learning strategies. Although great advances have been made in the field of motivation and its role in language learning, as the literature on this field shows, great effort should be made to study the following points in the domain of motivation:

Factors, which affect learners’ motivation in a classroom, order.

The role of peers in developing one's motivation.

3.                  Clement, R. and Kruidenier, B. (1983) Orientations in second language acquisition: I. the effects of ethnicity, milieu, and target language on their emergence. Language Learning