Question time as an effective form of parliamentary oversight 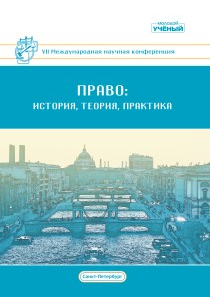 This article analyses the question time in Uzbekistan as a parliamentary accountability mechanism. Issues to aspects of parliamentary questioning are discussed and measures to maximize the value of questions as a tool of government are suggested.

There may not be democratic system of government without transparency and accountability. The primary responsibility in this field falls squarely on the shoulders of parliament. In a modern state where the organization of state power is based on the principle of separation of powers, parliament is vested with the right to control over the activities of executive bodies. At present, the Oliy Majlis of the Republic of Uzbekistan, according to the constitution of the country, has three main functions: representative, legislative and control. [1, P-72] Through its core oversight function, parliament holds the government to account on behalf of the people, ensuring that government policy and action are both efficient and commensurate with the needs of the public. Parliamentary oversight is also crucial in checking excesses on the part of the government. Parliament is also called upon to ensure that agreed policy is properly implemented and delivered to target citizens. This is the role of parliamentary oversight. Currently, contemporary parliaments enjoy a wide range of tools and mechanisms of control over the executive that didn’t exist previously. P.Pennings have highlighted several tools and mechanisms of oversight that legislature exercise over the actions of the executives such as hearings in committees, hearings in the plenary assembly, the creation of inquiry committees, parliamentary questions, question time, the interpellations and the ombudsman and many others. [2, P. 3] Indeed, the scope and extent of the parliamentary oversight power have widened considerable throughout the time.

The need for improvement of the parliamentary oversight institute in Uzbekistan's legislation has been increasing year by year. In the speech by President Shavkat Mirziyoev at a videoconference (On July 12, 2017) with representatives of Chambers of Oliy Majlis, political parties and the Ecological Movement of Uzbekistan determined that it is necessary to make appropriate changes and additions to the Law on Parliamentary control and to introduce the institute of Question time in the Legislative Chamber based on the experience of developed countries such as France, Great Britain and Germany”. [3, P. 539] It should be noted that, such a mechanism is crucial for hearing reports from government members and making relevant decisions.

In accordance with the law [4] in 2018, the institute of question time introduced to the national legislation. Question time is, by definition, a request for information. Regular questioning can be used by parliament to hold the government to account. Of course, parliamentarians can obtain information by other means, such as informal connections with key figures in the administrative machinery of state. In order to properly monitor the executive, it is essential for members of parliament to be properly informed of the policies of the executive and its ministries. Government responses to parliamentary questions may lead to the publication of valuable information. Questions can often be asked in oral or written form. Article 101 of the law of the Republic of Uzbekistan “On Parliamentary control” determines the main rules of the hearing at meetings of the Legislative Chamber of answers of members of the government to questions of deputies of the Legislative Chamber.

On May 1, 2018, the Legislative Chamber of the Oliy Majlis held a “question time” in accordance with the laws of the Republic of Uzbekistan “On the Regulations of the Legislative Chamber of the Oliy Majlis of the Republic of Uzbekistan” and “On Parliamentary Control”. It should be noted that this practice was organized for the first time in the history of national parliament. [7] Although this institution is widely used in national practice, there is a need to further improve the legislation. In this research, we carried out comparative overview in theme of question time. First of all, we examine the frequency of question time.

It may be once a month, as is the case with Slovenia; at the beginning of each sitting, as in Austria; or once a day, like in Canada and Australia. It is very common for members of parliament to put questions once a week, during the parliamentary session, as is the case with Czech Republic, Estonia, France, Germany, Hungary, Norway and Sweden.

In Great Britain Question time takes place for an hour, Monday to Thursday, after preliminary proceedings and private business. [8, P. 168] In Germany, the “question time” (Fragestunde) is held every week for a total of 180 minutes each. [9, P. 3] At the same time, each deputy has the right to ask the Federal Government up to two questions per week for oral answers. Time for putting parliamentary questions is usually limited by rules of procedure (for instance half a minute in Canada or a minute in Finland), in order to make sure that the questions are concise and specific, and to avoid situations where parliamentary questions turn into a debate. In addition to weekly question time, a number of legislatures also make provisions for emergency questions. Urgent questions require the appropriate minister to come to the chamber and answer questions of an urgent nature. In some parliamentary questions legislatures, such as the German Bundestag, a petition from a group of MPs can call an emergency interpellation — a short debate focused around a series of questions on a particular topic. In UK if an urgent or important matter arises which an MP believes requires an immediate answer from a government minister, they may apply to ask an urgent question.

The introduction of an urgent question institute in our national legislation will be a new step in the reforms in this area. Urgent questions enable parliamentarians to request detailed explanations and to seek information urgently.

Moreover, in most states the exact subjects of the question time are established. Normative legal acts regulating the activities of parliaments fix the possibility of access to this form of control for both deputies representing the parliamentary majority and deputies from opposition parties. [10] Furthermore in Australia questions of ministers are generally asked by their counterpart ministers in the opposition, and are always asked by backbenchers on the government side. The House of Representatives, the first question is usually asked of the Prime Minister by the Leader of the Opposition. The purpose of this form is to provide deputies with the opportunity to draw attention to socially significant problems in the activities of executive bodies. The law of the Republic of Uzbekistan “On parliamentary control” does not specifically address the right of opposition party to participate in parliamentary questions. We propose that exact subjects especially rights of opposition parties should be highlighted in law. Tactically, it is considered an important defining characteristic for an opposition to be able ask a pertinent question of the ministers or to single out perceived weak performers in the Ministry.

The next issue is the forms of the questions. Questions can often be asked in oral or written form. Most countries include both of the forms (Germany, United Kingdom, Australia, Canada, Turkey). In accordance with the article 101 (hearing at meetings of the Legislative Chamber of answers of members of the government to questions of deputies of the Legislative Chamber) it can be concluded that in our legislation exist oral form of the question time. The same document states that each deputy is entitled to put questions, while the initial question is usually asked a few days in advance, which enables a minister, i.e. representative of the executive to become acquainted with the subject matter. In addition, 2000 OECD document states [11] that “ministers are notified of the questions in advance (Austria, Canada, Hungary, Ireland, Korea, Luxembourg, the Netherlands, Sweden, UK). However a parliamentary question may also involve the possibility for an immediate additional question. The law of the Republic of Uzbekistan “On parliamentary control” does not provide detailed information of the issues of the additional questions and time limits. As well as the procedure of extensions to the deadlines of answering questions is not regulated in the law.

To conclude it should be noted that parliamentary questions help elected politicians accomplish their representative roles while also providing the legislature with a tool to monitor and hold accountable the executive. The analysis of the current legislation shows that legislation in the sphere of the parliamentary questions should be further improved in Uzbekistan. In general, the procedure, form and scope of full implementation of the question time in Uzbekistan, as well as the results of exercising this tool of the parliamentary oversight, should be regulated through the adoption of a single legal act. In turn, it is important to thoroughly study foreign experience and make amendments and additions to the relevant legislation and clearly reflect the mechanisms of implementation of the proposals of the President. As it is rightly pointed that “in the international practice, there are some similarities in the establishment of the “Question time” and it is important to integrate this institution into our legislation, based on our national experience”. [12]