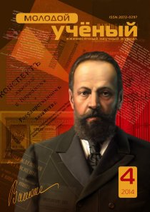 The article considers the experience of state intervention in social and economic processes in the Republic of Kazakhstan that is used in almost all developed countries with a market economy, and global experience for the Study of the government economy.

To date, the acute problem of our country is its role in the economic system. Also worth a serious problem — the development and expansion of its market economy.

State regulation of the economy — a system of economic activities of the state, through which it can affect the socio- economic development of society.

State regulation of the economy aimed at achieving the following objectives:

-          Creation of normal conditions for the functioning of the market mechanism;

-          Regulation of the structural changes in the economy caused by the requirements of modern scientific and technological revolution;

State regulation of the economy includes various areas of economic activity of the state.

The modern economy is extremely complex, it is designed to create the conditions for a wide variety of human activities. Depending on how well organized economy, the principles on which the organization is built, you can determine what tasks it is able to decide what the interests of society and it can satisfy.

Kazakhstan's transition to a market economy makes us look more closely to economic life in other countries. Regulation of national socio-economic development is used in almost all developed countries with market economies. In this regard, a growing interest in international experience for the Study of the government economy.

First of all it must be emphasized that the study and practice the scientific generalization of state regulation in other countries is not the task of its constant adaptations to our terms of socio-economic development. This is impossible because of the following objective reasons:

-          Republic differs from other political, natural and economic, socio-demographic, ethno-cultural and other characteristics;

-          In the context of Kazakhstan, we are dealing with the process of national economy and the transition from directive- planned to a market economic model, which is very difficult to find an analogy in the world economic history;

-          A radical change in the management system and management largely occur without proper justification and are «revolutionary» character, whereas measures of state regulation in market economies are the «product» of their evolutionary development.

Studying the experience of state intervention in social and economic processes leads to the conclusion that in many countries as its main tools considered forecasting, long-range planning and development program for national economic objectives and priorities [1]. This is due to the fact that to achieve science-based economic goals of the state constantly requires knowledge of historical perspectives.

A characteristic feature of the initial programming period in the developed capitalist countries was the principle of cross-sectorial approach to economic management. In France, Sweden, Japan, Germany and other countries developed cross-sectorial programs cover all the crucial sectors of the economy and played an important and basic role in predicting its growth as a whole. But the implementation of these programs testified that requires increased activity of the state interagency coordination. Therefore, in the United States were created territorial branches of central government economies.

France, Japan, Turkey and other countries of scientific -methodological and organizational aspects of the current and medium-term planning solve special state bodies. In France, the function performed by the General Commissariat for Planning in Japan — Economic Planning and Development Departments Integrated territory, etc. no accident concluded that the «strong» side of Japanese economic planning and management of the entire system is to develop long-term goals of economic development and appropriate structural policies in investment, as well as spatial distribution of production [2].

In Turkey, the medium-term planning has begun with the development of the first five-year plan for 1963–1967, and since it is carried out systematically to meet the challenges of the planning period. Turkey's experience is worthy of detailed study primarily due to the fact that the medium-term plans is reflected very successful symbiosis of performance in the face of market relations. This symbiosis is becoming increasingly characteristic of state regulation and planning of the economy of France, Italy, England, China, etc....

Situation is somewhat different from the regulation of the economy in Germany, where much attention is paid to the protection of competition and the functioning of the market conditions, strengthen anti-monopoly of the state and its supervisory function to prohibit the merger prevailing market enterprises, expansion of social function developed plans and programs, and others [2].

Summarizing the existing experience of planning in different countries allocate a number of its major benefits from the perspective of improving the marketing service. In particular, the scheduling:

-          leads to better coordination of efforts of the government and business entities;

-          leads to the establishment of performance indicators for subsequent monitoring of their implementation;

-          demonstrates the relationship responsibilities of all officials.

Experience the countries under review also indicates that, in the arsenal of powerful levers of state regulation of the economy takes its rightful place mechanism to use fiscal resources and collection of taxes. At first, through funding (grants, subsidies, subventions, expenditure framework) with policies addressing national economic priorities and the accelerated development of high-tech industries. For example, in Italy, Norway, Denmark, Sweden, Belgium and some other countries, the share of national income to be distributed through the state budget is more than 50 %, while in France, Austria, and Germany — about 50 %. This figure is the United States and Japan at 30 %.

Secondly, the implementation of structural and investment policy important role taxation mechanism allows to increase the interest of economic entities in the accelerated development of manufacturing industries and production, providing production and import replacing competitive products.

It seems that the use of positive foreign experience of public administration in terms of socio — economic system of Kazakhstan will be much more difficult, if unrecorded while its two main features: 1) after the collapse of the Soviet Union as a single state receiving the Republican political and economic fundamentally new content purchased issues of formation and implementation foreign economic policy, objectively oriented to achieve and maintain its economic independence, and 2) in the world economic history was not unique to what happened in 1992 and 1997. Kazakhstan — the transition from the highly centralized planned model, characterized by a complete lack of economic and political independence, to a market economic model, where the latter mechanisms can only operate in a liberalized economy (within reason) and competition among market actors. Existing experience shows that ignoring these features often leads to bad decisions, the implementation of which causes the social life and economic and social psychological harm. For example, by historical standards, instant rejection of planning as the main mechanism of the centralized system of economic management in the absence of established market levers «machine» has resulted in significant loss of controllability of the economy, the emergence of a pseudo its elements deepening crisis due to falling production and prestige honest and productive work, the growth of economic crime and strengthening the so-called shadow economy, crime- specific part of farm and foreign economic relations, the lack of conditions for carrying out the decisions of higher authorities, etc. [3]. And only now, following the general logic of the development of economic systems have to admit that we need to be very specific, carefully thought out to remember the role of the state, that is to introduce gradual levers of government influence, which are used in all countries.

Economic practice convinces irrefutably well as in high performance flexible system of taxation, which is «born» the interests of stimulating the growth of the production of goods (services) and active entrepreneurs and business activities aimed at increasing the export potential of the country [4]. So far in our country is selected in this field rigid system that discourages natural and legal persons engaged in productive activity. In spring 1997, the President of Kazakhstan issued a series of decrees, laws on state support of entrepreneurship and small business in the industrial sector. The winter of 2011 was adopted by the so-called «Employment Program 2020" in which entrepreneurs, including potential that plan to organize new jobs (this is important), entitled to receive preferential credit and training the basics of entrepreneurship.

The world has accumulated sufficient experience in creating a favorable environment for innovation based on market demand, and opportunities to meet its priorities in the scientific, industrial and administrative spheres.

In order to solve these problems in Kazakhstan also certain steps, is aimed to unite the work centers of education and science.

The state has always advocated a special economic subject, anyway, participating in the economic life of society. Evaluation measures and the consequences of such participation have been and remains a contentious issue in dire economic science.