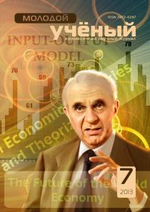 Asbestos-related health risks have been estimated on the basis of experience from the past, when occupational exposures were much higher than today; while it has been common to use the linear no-threshold (LNT) approach [1]. However, applicability of the LNT dose-response pattern to low levels of asbestos exposure has never been proven [2]. Asbestos fibers may be present in the environment due to the erosion of natural surface deposits [3]. Inhalation and discharge of the fibers occur normally, being in dynamic equilibrium. It can be compared to other potentially noxious factors that are present in the natural environment, for example, ionizing radiation [4,5] and the DNA damage-and-repair equilibrium in relation to the low-dose radiation exposures [6]. Use of the LNT hypothesis to estimate risks from low radiation doses was criticized [7]. By analogy with thyroid cancer after the Chernobyl accident [8], the screening and attribution bias have obviously contributed to the increased incidence of malignant mesothelioma (MM) and other asbestos-related diseases among people exposed to asbestos. MM is an uncommon tumor; its diagnostic accuracy is relatively low, revisions of histopathological archives consistently reveal uncertain diagnoses [9,10]. Cytogenetic studies demonstrated that MM is not associated with any constant chromosomal aberrations [11–13], thus being not sharply delineated as a separate entity. Together with the high expectancy of MM in exposed populations, all that has contributed to an overestimation of its incidence.

Asbestos-related science is not free from biases. Some researchers measure if any type of asbestos fiber is present in the lung, and if it is, a lesion such as MM is attributed to asbestos. In other words, in such studies, there is no threshold set for background accounts nor for the fiber size [14]. In this way, some spontaneous conditions, MM in particular, were arbitrarily attributed to asbestos. At the same time, it is known that MM can be spontaneous also in the presence of asbestos fiber; and etiological factors other than asbestos can play a role [13,15]. Some studies on asbestos and MM rely on work histories and on patients’ interviews; other researchers include interviews of friends and relatives when patients are no longer alive [14], which has predictably resulted in attribution of MM to questionable exposures in the past. Conflicts of interest related to litigation and benefits in case of recognition of an occupational disease further contribute to the biases and impede interpretation of reported data [14].

Furthermore, it remains to be clarified, what is the difference in carcinogenicity between different forms of asbestos: those of the amphibole (amosite, crocidolite, tremolite, anthophyllite, actinolite) and the serpentine (chrysotile) groups. The US Environmental Protection Agency (EPA) and the Agency for Toxic Substances for Disease Registry (ATSDR) currently deem “all fibers equal” [16]. Independent research is needed to clarify the controversial issue of fiber-specific potencies [17]. There are data in favor of lesser potency of chrysotile as compared to the amphiboles. It was also reported, partly in earlier studies, that there are no considerable differences in potency between the above-mentioned asbestos fiber types. Some publications favoring chrysotile appear to be biased; there are also publications of questionable impartiality. Last time, the papers influenced by non-scientific interests tend to be lengthier and less transparent [18]; with regard to asbestos, some later publications are less comprehensible than earlier ones. The following overview shows that current knowledge on the comparison chrysotile vs. amphibole is partly conflicting.

It was reported that chrysotile is more rapidly cleared from the lung tissues than the amphiboles [19–21]. However, accumulation of the fibers in the lung is not necessarily a good indicator of their retention in pleura and therefore of the carcinogenic effect. It was also reported that chrysotile accumulates preferably in the pleura [22–23], thus possibly playing a significant role in the MM causation [24]. Chrysotile was reported to be the predominant fiber found in the pleura, while the amphibole fiber prevailed in the lung, obviously due to the preferential translocation of chrysotile to the pleura [25]. It was reported that there is no difference in potency between chrysotile and amosite in inducing MM [23]; while pure crocidolite, rarely used these days, was associated with a higher risk [23]. According to [26], the potency of chrysotile, crocidolite and amosite in producing both MM and lung cancer is approximately equal.

Furthermore, tremolite content in chrysotile products can be of importance for carcinogenicity [27]. It was pointed out in the review [25] that currently available scientific literature does not provide persuasive evidence for the hypothesis that tremolite contamination explains for mesothelioma excess observed in studies of chrysotile-exposed workers. The topic should be clarified by independent research. The differences in potency might be predominantly related not to the type of the fibers but to their size [19]. So, the long chrysotile fibers, used in the textile industry, were reported to be associated with a greater cancer risk than the shorter ones [28]. The harmful potency appears to increase with the increasing fiber length [3]. At the same time, short and thin chrysotile fibers in pleural and pulmonary tissues were reported to be the most common fiber type associated with MM in humans [29]. Some chrysotile fibers can be stiff and brittle like the amphibole ones, which can be associated with a higher health risk after inhalation [27]. Furthermore, longitudinal division of chrysotile (but not of amphibole) fibers can result in formation of thin fibrils, less reliably identifiable by electron microscopy, so that the total number of the fibers would increase, possibly together with their total carcinogenic potential [30–31]. In some animal experiments, the amphiboles and chrysotile were equally carcinogenic, also in regard to the MM causation [32–34]. In vitro, chrysotile was shown to be toxic, caused chromosomal aberrations and preneoplastic transformations [32]; it was reported to be the most potent inflammatory stimulus among all types of asbestos fiber [35]. At the same time, there is evidence from some epidemiological studies that chrysotile is less efficient in MM induction than the amphiboles [36,37]. Some epidemiological data favoring chrysotile have later been revised [38]. Conclusions favoring chrysotile as compared to the amphiboles were made in the recent reviews [3,39].

A comprehensive review concluded that animal studies indicate an approximately equal risk for all asbestos fibers: “Finally, even if one accepts the argument that chrysotile asbestos does not induce mesothelioma (which we do not), the risk of lung cancer (and asbestosis) cannot be dismissed, and chrysotile appears to be just as potent a lung carcinogen as the other forms of asbestos.” [25] Furthermore, according to [30], human and animal studies indicated that potency of chrysotile for MM causation was similar to that of the amphiboles. The same was stressed also with regard to lung cancer [40,41], which is essential because of a much higher incidence of lung cancer than that of MM. Asbestos-induced carcinogenesis is a multistep process; accordingly, asbestos would have more opportunities to exert its carcinogenic effect and more targets to act upon inducing lung cancer as compared to MM, merely because the former is much more prevalent than the latter.

Russia is the globally greatest asbestos manufacturer and consumer. Asbestos-related diseases were extensively studied in the former Soviet Union. The prevailing view in Russian literature has been that, if all precautions are observed, contemporary methods of asbestos production and processing are safe; and restrictive regulations applied by some countries are excessive [42,43]. It was concluded on the basis of a systematic review of 3576 cases of MM that asbestos is neither its leading nor obligate etiologic factor [44]. Among 69 MM cases studied in Kazakhstan, asbestos exposure was detected in no one; and geographic association of MM was found neither with asbestos mining nor with the processing industry [45]. It was admitted that the concept about much higher carcinogenicity of the amphiboles as compared to chrysotile has not been confirmed by own and other’s research [46]. At the same time, statements favoring chrysotile can be found [47,48]; for example (from Russian): “Chrysotile fibers are easily solved and discharged.” [48] Considering possible translocation of the chrysotile fibers to the pleura, such statements appear to be oversimplifications. Higher solubility of chrysotile was reported in some in-vitro studies reviewed in [3]; however, this question should be clarified by experiments in conditions optimally mimicking those in pulmonary and pleural tissues. Decomposition by acids does not automatically mean easy solubility in vivo. The more rapid clearance of chrysotile fibers from the lung can be partly explained by their splitting into thinner fibrils, less reliably identifiable by electron microscopy, thus partly remaining uncounted [30]. After the splitting, the fibrils can remain in the pulmonary tissue or migrate to the pleura [24,31], continuing to exert their carcinogenic effect.

On the author’s opinion, current evidence does not provide sufficient support for separate handling of serpentine (chrysotile) and amphibole asbestos by the official regulations, the more so as the international trade provides for mixing of different asbestos types: e.g. in chrysotile products from China the levels of amphibole impurities were substantial [49]. The topic has been extensively discussed, being largely influenced by industrial interests [50]. Carcinogenicity and other harmful properties of different asbestos fiber types, and of the man-made substitutes such as carbon nanotubes, should be tested in the large-scale animal experiments. Importantly, researchers must be independent from industrial interests. As discussed above, epidemiological research can be confounded by biases, the optimal approach being chronic animal bioassays [51]. In the meantime, the “all fibers equal” approach to the asbestos-related regulations would be not only the technically most plausible one but also compatible with current knowledge, conflicting as it is.

The conclusion of this paper is more practical than scientific. Today’s asbestos-related research is partly influenced by industrial interests. The number of publications is growing; they become lengthier and more tangled. It is increasingly difficult for a reviewer to distinguish between biased and unbiased papers. Under these circumstances it is hardly possible to clarify the issue of chrysotile vs. amphiboles and, which is increasingly important today, to objectively compare them both with the newly appearing man-made asbestos substitutes: carbon nanotubes, glass and other non-asbestos fibers. Therefore, considering the argumentation from this paper, it would be reasonable to adhere to the “all fibers equal” concept in formulating the policies and regulations. In the meantime, the issue should be clarified by independent research, centrally governed to avoid parallelism, totally shielded from all industrial and other vested interests, primarily by large-scale animal experiments. It should be stressed in conclusion that current asbestos-related policies are absurd: asbestos production and use are banned by some countries, while others are increasing its manufacturing and exports [52,53]. The regulations should be therefore revised on the basis of evidence-based knowledge and internationally coordinated.

20.     Donaldson K., Murphy F. A., Duffin R., Poland C. A. Asbestos, carbon nanotubes and the pleural mesothelium: a review of the hypothesis regarding the role of long fibre retention in the parietal pleura, inflammation and mesothelioma. Part. Fibre Toxicol. 2010, V 7, p. 5.