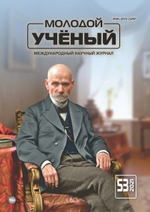 In the modern world, the need for learning foreign languages is increasing. There are about 2,800 languages in the world. They are very different, but with all the huge differences between languages, they all have a lot in common in the most important and essential (and sometimes in details), they all make up a single class of phenomena. Every language uses sounds uttered by a person to express thoughts. If a person uses several languages in his speech activity, then they are all in contact. The situation of language contact leads to the emergence of bilingualism (multilingualism), that is, to the possession of two (or more) languages and their alternate use depending on the conditions of speech communication. Accordingly, persons who alternately use two languages are considered bilingual speakers, bilingual individuals or bilinguals. At the same time, bilingualism or bilingualism is considered in the literature as a continuum extending from a very basic knowledge of the contact language to full and fluent command of it.

Since the beginning of the 90s of the 20th century, bilingual education has been the leading direction of educational policy in many countries of the world. It is considered as very promising, since it provides students with wide access to information in various subject areas, contributes to the improvement of general language and subject training, the formation of language culture as a whole, as well as cognitive motivation.

The term «bilingual education» implies teaching a subject and mastering students' subject knowledge in a certain area based on the interrelated use of two languages (native and non-native). According to the National Association for Bilingual Education (NABE), in USA, — bilingual education has numerous forms. «A broad interpretation of this concept means the use of two languages (by teachers or students, or both) for various pedagogical or social purposes. This interpretation implies approaches in which the national languages of students studying English are used as the language of instruction» [8].

Bilingual education is understood as the interrelated activity of a teacher and students in the process of teaching individual subjects or subject areas by means of native and foreign languages, as well as providing a high level of foreign language proficiency, mastering the content of subject-professional, intercultural and linguistic competencies [7].

According to L. L. Salekhova, as a result of bilingual education, there is a synthesis of competencies: communicative (including components such as linguistic, sociolinguistic, discursive, strategic, socio-cultural and social competencies) and subject (showing the uniqueness of academic disciplines studied bilingually and determined by the level of mastering the subject content embedded in them) [2]. With bilingual education, it becomes possible to compare, analyze, and compare the same subject content in different educational cultures. Thus, the possibility of successful integration and adaptation to the conditions of the world educational space is realized [6].

Vladimirova I. G. believes that the use of the native language in the process of bilingual education is useful, especially when forming terminology in two languages that make up the vocabulary in the vocational education, as well as when conducting comparative analysis and in certain educational situations characterized by fear of spontaneous speaking, when language competence in a foreign language is not yet sufficiently formed [8].

Bilingual students are of exceptional interest in teaching a non-native language — those residents of our country for whom Russian is a second native language.

The most important methodological principle of bilingual instruction is taking into account the student`s native language. Probably, there was no other principle to which the attitude would change so inconsistently: now it became the only and leading one, as, for example, during the spread of the grammatical-translation method, then it was partially or completely excluded, as, for example, with direct, audiovisual methods and their subsequent modifications. Currently, the principle of taking into account the native language is not controversial, it is recognized by many scholars.

For example, L. V. Shcherba insisted on the creation of comparative grammars for teaching purposes. He considered them effective, because they make teachers to understand better the nature of the phenomena that make up the linguistic content of learning, to identify phonetic, grammatical and lexical difficulties that students may encounter [3].

There are a number of problems that the teacher faces in teaching foreign or the second languages.

Russian is not well spoken by some students who have graduated from rural national schools to understand all the complexities of expressions of temporal relations in English, or in Russian.

The most difficult of the skills formed within the framework of communicative competence are the ability to perceive a text as a product of speech activity and create their own statements in the process of communication. However, it is also well known that the level of speech training of graduates of national schools, in terms of monologue speech proficiency is insufficient, which explains the problem of the development of written monologue speech among bilingual students studying English with a reliance on Russian. When reading texts in English, students perceive sounds, letters and words, based on their experience of perception and reproduction, bring the sounds of the English language to the patterns of sounds of their native language, likening familiar letters and sounds [1]. Bilingual students are not sufficiently prepared to perform various forms of independent learning: they do not have sufficient skills to prepare for two or more sources, to compare, highlight the main thing, generalize, clearly formulate their ideas, which leads to the loss of a significant part of information and a decrease in the effectiveness of academic work.

Thus, in order to carry out effective work and achieve results of the English language learning process in a group with bilingual students, the teacher should take into account all these features.