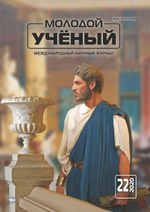 The article discusses the ethics of using microtransactions in the videogame industry.

Microtransactions are one of the most popular ways of monetization of videogames today. What are microtransactions or in-game purchases? They are online purchases made within video games to access game content and purchase virtual items or in-game virtual currency [1]. The cost of these transactions can range from ninety-nine cents to hundred dollars. They can be integrated as:

– In-game currencies. In almost all games it is possible to find variations of currencies, which are used to hide the real value of purchases and make it a “better deal”.

– Random chance purchases, also known as loot boxes. Players do not know what they get from the box, but they can buy many of them to unlock something special.

– In-game items. These items can give several advantages to players or help them to be more unique.

– Subscription plans. Such plans allow players to be privileged for some time: get more in-game currency and items or get access to content earlier [2].

The opinion on microtransactions is controversary: some people do not have anything against this system, while others condemn in-game purchases as gambling [3]. This essay will discuss an ethical part of microtransactions; examples of ethical and unethical usage will be given and analyzed.

There are no established criteria for ethical usage of microtransactions in the videogame industry, so in this essay they will be defined by the author. First of all, parts of the main game should not be locked behind a pay wall. Developers should carefully choose elements which are important for the full game experience and which are not because it is unfair to sell an incomplete game for full price and ask to pay more for DLC packs. Next, there should be no pay-to-win system in multiplayer games, in other words, there should be no opportunity to pay for power. This creates inequality between people with same skills, but different paying capacity; developers just discriminate players who do not want or just cannot pay more. Such discrimination also occurs when developers balance their game around microtransactions. For example, if in a sample group of 50 players only one person spends 1000 dollars and others only one an average investment per player will be nearly 21 dollars [4]. However, a game balanced around the assumption that all respondents will spend around 21 dollars would discriminate almost everyone from this group. What is more, microtransactions should be not random if it is possible. Main victims of random loot boxes are children who do not know value of money, people with gambling addictions and players that are prone to impulse purchases. To save this groups of people from inconsiderate purchases developers should make buy of extra paid content harder — users should have a possibility to think if they actually need to spend money this time. Moreover, stores should give a clear vision on how much money player spends. In many games it is possible to pay only with in-game currencies, and it leads to spending more money that was originally intended. For instance, game can ask to pay only five diamonds, but in real life it can be 50 dollars. I would argue, everything that can be purchased should be able to be earned; the only exception can be microtransactions which will later be used for support of cybersport teams or events, because it is a type of charity that gives a player some exclusive items with logo of favorite teams or streamers. In other cases, players should be free in choosing where they want to pay and where it is better for them to earn it in a different way, by completing a quest or unlocking an achievement.

Unfortunately, it is very hard to find a game which will fulfill these criteria. A good example of an ethical game is “Gwent”, a free-to-play digital collectible card game, released in 2016 by “CD Projekt RED”. There are five main ways of monetization: loot-boxes with cards, in-game currency, decorations, packs with cards and decorations and battle passes. Almost all content can be unlocked without additional payment; the exceptions are some decorations, packs that are made to support cybersport events and battle pass. However, it does not affect the game process or support the pay-to-win system. Moreover, random loot boxes are integrated properly — players can unlock cards from cheap loot boxes or buy only cards they need for higher value. The game is not balanced around microtransactions; that is why the PC version has almost 80 per cent of positive and mixed ratings from users and 100 per cent from critics. [5]

A bit less ethical to players system of monetization was introduced in “Tom Clancy’s Rainbow Six: Siege”, an online tactical shooter video game, published by “Ubisoft” in 2015. The system is far more complex than in “Gwent”. First of all, ways of payment can be divided into three categories: real money, “r6 credits”, that can be bought with real money or earned from battle bass in small amounts, and “glory points”, which people earn only from playing the game. Players are split into 2 groups: who pay for interesting and unique skins and who do not pay much attention to it. However, for real money players can also buy season pass which gives access to new operators one week earlier. On this step an important question occurred: “Is “Tom Clancy’s Rainbow Six: Siege” a pay-to-win game?” Players who donate can get some content earlier, but does it give them a real advantage? I assume, that donators do not become more powerful, because superiority is given not by operators, but from skill of a player, which cannot be bought. Although, ethics of monetization in “Tom Clancy’s Rainbow Six: Siege” raises questions; “Ubisoft” is trying to make it better for players and support cybersport teams and streamers that help to promote the game.

EA’s franchise “FIFA” is known for having one of the most controversial way of monetization. The only way of making money on this game is selling “FIFA Points”, which players can spend on buying random loot boxes. The problem is that this is the only way of getting new cards with players, so some people can waste hundreds or thousands of dollars trying to recruit their favorite players. In 2018 “Electronic Arts” faced several conflicts with European government. In Belgium loot boxes were declared illegal under Belgium gambling laws, and “EA” stopped selling “FIFA Points” in this country [6]. In contrast, UK government claimed that loot boxes did not contradict gambling regulations [7]. Not so far ago two lawsuits filed in France again “EA” and gambling in “FIFA” [8]. Company should change monetization strategy in their next games because market is changing, and players want ethical attitude.

Given examples have shown that microtransactions cannot be called unethical in general. Everything depends on developers — if consumers and their game experience is important for the company the game will be honest and microtransactions will not play a big role. For some companies players are only a way of making profit, and games are developed to get as much money, as possible. However, the world and people’s mind change — more and more players are for ethical gaming; it is seen from recent scandals in gaming industry and from how games are changing. I assume, that in the future number of games with unethical in-game purchases will only become lower, because people will stop supporting them.