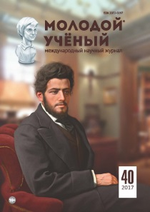 Vietnam is not only the transit country for drugs trafficking but also a big market for drug using. The high rate of drug users and HIV prevalence put a great deal of pressure on government as well as the whole society.To solve these issues, harm reduction is considered as a response and an alternative approach. Although benefits of harm reduction is unquestionable, it is still a controversial topic. The argument about the implementation of harm reduction in the current context raises an important question “Should Vietnam increase funding for harm reduction?” The answer of this question will have great effect on the situation of HIV prevalence as well as other problems relating to drug use in Vietnam in the future.

Before 2009, using drug was considered as a criminal offense in the Vietnamese Criminal Code. Since 2009, Vietnam has decriminalized the use of drugs. Besides, harm reduction, which is another approach to drug-related problems, has developed gradually since the first harm reduction activities in 1993 [5].

What Are the Benefits of Harm Reduction?

Firstly, many researches indicated that harm reduction helps to minimize the spread of HIV and hepatitis in community. Sharing needle and syringe in PWID is known as one of the main reasons for the transmission of HIV and hepatitis. Therefore, providing and exchanging clean needle and syringe for PWID will prevent this behavior. Besides, providing free condoms encourages safe sex, reducing HIV and other disease infection.

Secondly, harm reduction has positive impacts on dealing with overdose or other physical and mental health problems for drug users. In Vietnam, MMT was pilot in 2008 and obtained some significant results. According to the report during 2012–2013, the rate of MMT patients continuing drug use decreased from 16 % to 11 %; depression reduced from 80 % to 15 % after 12 months of treatment [7].

Thirdly, there was a decrease in the rate of crime committed by drug users after harm reduction interventions have been implemented. In Vietnam, the statistics of the Ministry of Public Security showed that drug-related crime accounts for 34 % of the total crime in nationwide and about 75 % of criminal crime originated from the drug users [6].

Fourthly, harm reduction has cost effectiveness. For example, NSPs is effective in reducing HIV transmission and its cost is inexpensive. In Vietnam, the cost for one patient in Compulsory Treatment Center is about 230.000 per day but about 80 % patients using drug again after leaving those center while this cost is about 15,000 VND per patient per day in MMT and the rate of patient relapsing is much lower.

Why Does Harm Reduction Make Controversy?

Despite of the benefits mentioned above, harm reduction creates a lot of arguments. For example, in terms of NSPs, there are negative opinions that this intervention is unacceptable. Providing needle and syringe for PWID will encourage drug use frequently and increase the number of drug users or increase rates of equipment in the street [3].

Similarly, methadone, naloxone or heroin prescribing also received many criticisms. Methadone is just another kind of drugs and methadone patients still depend physically on methadone as they had been dependent on heroin before [2]. This intervention just makes drug users change from using one kind of drug to another kind of drug so it fails to obtain the goal of fighting drugs. In terms of naloxone, it is “non-addictive, non-toxic, fairly cheap and easy to administer through nasal or intravenous application” [4] but the antagonists said that if removing negative side of using drugs it would encourage drug users to abuse dangerous drugs frequently.

In addition to, harm reduction is assumed not really effective. PWID said that they preferred to use sharing needle and syringe than clean ones because it is a kind of habit and tradition. A few provinces in Vietnam have the high rate of patients who give up methadone treatment, for example Can Tho or Da Nang Province.

Harm reduction needs a sustained fund to maintain its effectiveness. However, there is a funding crisis for harm reduction in the world and this is also a challenge in Vietnam. Money from international donors makes up of nearly 80 % of total fund for harm reduction in Vietnam. Nevertheless, this fund has been cut off from 2015 because Vietnam moved from low-income group to middle-income group. Although drug-related issues are big problems, they are not the only problems that Vietnam has to deal with. Therefore, it is not easy for government to increase funding for harm reduction in order to replace the funding from international donors when there are many priorities to invest.

As analyzed above, harm reduction is an effective approach to reduce harms associated with drugs but there are many criticism surrounding this topic. It requires considering carefully about the negative point of view about harm reduction before deciding whether to increase funding for harm reduction or not.

It is necessary to understand that drugs create a diversity of harm which coercion policy cannot control effectively. It is also important to clear that harm reduction does not encourage drug use. Providing clean needle and syringe is for medical purpose and some studies demonstrate that it does not make an increase in drug injecting or drug users. Methadone is another drug but obviously, it helps to improve patients’ health and do not create harm for other people.

Harm reduction has effectiveness in many countries as well as in Vietnam but without sustained fund, it cannot maintain its benefits. If harm reduction is not maintained, drug-related problems may become more serious, especially crime and HIV infection.

In summary, although there are some controversies about harm reduction, this new approach still creates positive results and helps to solve much harm from drug-related problems. The negative opinions are unavoidable, even they are good to revise harm reduction carefully and find the best way to improve the current programs. It is time to increase funding for harm reduction intervention, solving the difficult relating to the lack of money at the moment. The increase of fund can come from budget of government or financial support from citizens, private sector or other international donors. Outsourcing or socialization is an alternative way to deal with fund crisis. By this way, Vietnam can reduce much harm which is result from drugs for a better society.

Keywords: HIV, AIDS, epidemic, infection, analysis. In the article HIV/AIDS is analyzed in terms of risk theory. The theory of risk society can explain the politics of HIV/AIDS prevention involving limitation of human rights.

Because of this, people living with HIV / AIDS are treated only as a source of problems, although they can participate in the containment of the epidemic and the establishment of control over it.

Keywords: HIV, AIDS, epidemic, infection, analysis. In the article HIV/AIDS is analyzed in terms of risk theory. The theory of risk society can explain the politics of HIV/AIDS prevention involving limitation of human rights.

Because of this, people living with HIV / AIDS are treated only as a source of problems, although they can participate in the containment of the epidemic and the establishment of control over it.