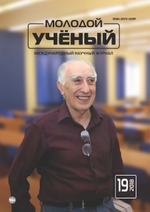 The history of forming attitudes towards HIV-infected people in general for the whole period of the disease can be traced from the history of its appearance and measures in response to the epidemic. At the same time, two tendencies in the history of forming attitudes toward HIV-infected people in the world and Russia are emerging, which often did not coincide and only recently began to have more similar problems than in the previous period (the beginning of the epidemic). Attitudes towards people living with HIV in the world began with extremely negative assessments, but as the measures against HIV were expanded, the possibility of action against HIV increased, the attitude towards such people became, changed in a positive way. In the USSR, and then in post-Soviet Russia, on the contrary, there is a different situation, even though Russia participates in UNAIDS.

The dynamics of the formation of attitudes towards HIV— infected people.

The history of forming attitudes towards HIV-infected people in the world can be divided into two stages: the first one — from the beginning of the epidemic to the discovery of combined therapies, slowing the development of the disease, the second — after the opening of therapies to the present. At the very beginning of the AIDS epidemic, researchers were more interested in how people perceive this disease, what they know about it, and how they assess its danger; what is their attitude towards patients and HIV-infected people; how different are the ideas about AIDS and the attitude towards HIV-infected people in different age and professional groups, etc. The results of numerous works of the mid-1980s and early 1990s allow not only to get acquainted with the dynamics of perception of this disease by different groups of the population, their attitude towards HIV carriers, but also to understand how the naive explanation of the origin and spread of AIDS and risk perception are associated with preventive behavior.

Appearing as a previously unknown disease on June 5, 1981 — through a report from the Centers for Disease Control and Prevention in the USA in the form of 5 cases of PCP and 28 cases of KAPOSHI sarcoma, the virus was not perceived as dangerous after the 1983 French scientists the guidance of Luke Montagnier at the Pasteur Institute from the lymph nodes of a sick man identified a retrovirus, which in its properties was similar to HTLV-1, but did not lead to a malignant degeneration of T lymphocytes, but to their death. The virus was called a virus associated with lymphadenopathy (English Lymphadenopathy-associated virus, LAV).

Since then, a more detailed study of the virus began in 1982: the American Centers for Disease Control (CDC) introduced a new disease in the register of diseases — acquired immunodeficiency syndrome (AIDS). He was given a description, and in the US and Western Europe, he was officially monitored. In their attempts to determine the cause of AIDS, doctors investigated the possibility of its appearance as a result of the use of «crackers» (a common name for stimulants: amyl nitrate and butyl nitrate) and / or as a result of some «immunological imbalance inherent in homosexual men» and / or «wear» the immune system as a result of recurring infections transmitted through sexual contacts such as gonorrhea. In the same year, the first case of AIDS death in the UK was registered. The dead man was gay.

1982–1983: The relationship between AIDS and blood transfusion, intravenous drug use and congenital infections has been established. Also, researchers and practitioners decided that AIDS is the result of a possibly viral infection transmitted through sexual intercourse.

1984: Dr. Luke Montagnier's group at the Pasteur Institute in Paris isolated a virus that was called «lymphadenopathy-associated virus» (LAV), as it was found in patients with chronically swollen lymph nodes. At the same time, in the United States, Dr. Robert Gallo's team at the National Institute of Health isolated a virus called the «T-cell human lymphotropic virus, Type Three», which was completely identical to the virus isolated in France and without doubt was the agent that causes AIDS.

In 1984, Ryan White, a teenager with hemophilia, who became aware that he was suffering from AIDS, was being expelled from a school in Kokomo, Indiana, at the initiative of his classmates' parents. (Later this case appears as the wildest reaction to the epidemic on the part of the community.) Until the end of his short life, Ryan, with the support of his parents, tried to explain to American society that AIDS is transmitted through everyday contacts. Today he is called a hero in his country.

1985 The Federal Office of Food and Drug Administration (FDA) approves an ELISA — a blood test for the detection of antibodies to HIV. The United States and some other Western countries rushed to check for the presence of the virus all available donor blood. Also, studies have shown that the immunodeficiency virus, in addition to blood, is contained in brain cells and cerebrospinal fluid. The United States began the first clinical studies under controlled conditions of drugs to combat HIV. In July, zidovudine (AZT or ZDV) tests began, which became the only hope for people infected with HIV and AIDS for the next decade.

In 1996, the Joint United Nations Program on AIDS (UNAIDS) was established. The main objectives of the program are:

1) the development of effective policies for HIV.

2) the pooling of resources and efforts of governmental and non-governmental organizations and individuals at the local, national and international levels.

In the mid-1990s, the situation changed. First, combined therapies that slowed the progression of the disease were discovered, which undoubtedly affected both the perception of AIDS and the attitude towards patients. Secondly, due to global preventive campaigns, the actions of various organizations, as well as books and films about the disease and HIV-infected, the broad sections of the population received the information.

The image of the disease and the patients themselves was transformed, and researchers began to be interested in new problems:

– how patients adapt to the disease;

– as the shares of voluntary organizations affect the medical development in the field of AIDS, the knowledge of the disease and the changing attitude towards the sick;

– what are the changes in sexual behavior in the AIDS era in different population groups;

– how the disease is presented in mass media and scientific literature;

– how the discovery of new therapeutic agents against AIDS affected the perception of the risk of infection among different population groups.

1998 First meeting of the UNAIDS Reference Group on Modeling, Assessment and Forecasting.

2008. Halfway to the achievement of the Millennium Development Goals.

In July, zidovudine (AZT or ZDV) tests began, which became the only hope for people infected with HIV and AIDS for the next decade.

In July, zidovudine (AZT or ZDV) tests began, which became the only hope for people infected with HIV and AIDS for the next decade.