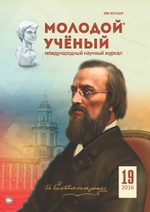 Our research is devoted to the interrelation of English and Kyrgyz culture and language on the basis of proverbs and about the similarities and difficulties in translating of them. The translation of phraseological units has been one of the interesting problems of linguistics. Because the phraseological units are treasure of an every language, which has a long history.

Each language describes the nation to which it belongs; the circle, which a person is able to leave only because he becomes a member of a circle of another language. The practical significance of this article consists in the fact that the materials and the results of a study can be useful for further deepening and expanding for the topic. Moreover, the proposed theme is perspective in terms of working out the educational strategies. We know that most proverbs’ origin is ancient and unknown. It is a long history.

We should be aware of the culture during learning its language. Because the language is a part of culture.

The proverbs appeared on the basis of ways of living, customs and traditions, holiday etc. Proverb is a brief, simple and popular saying, or a phrase that gives advice and effectively embodies a commonplace truth based on practical experience or common sense.

Proverbs are wise sayings in a language based on the practical experiences of different kinds. They can mostly be used independently to explain a situation in very few words.

“The mental individuality of a people and the shape of its language are so intimately fused with one another, that if one were given, the other would have to be completely derivable from it”.

Proverbs in one language may have equivalents in another language however, even if a linguistic equivalent exists, there may be still a cultural difference involved. Such a difference is likely to be translated by given a cultural equivalent. It is best to aim for equivalence between the proverb standing within the context of the source culture and the target culture. Also proverbs with some social customs should not be rendered directly. It might help to find an approximate to keep the intended message of the proverb as it shall be seen later.

The Characteristics of Proverbs Nida (1985) notes that 'proverbs are special metaphoric expressions and the translation. In every country people respect other’s private property, if not it can be regarded as a rude and offensive manner. People mostly accept peaceful and mutual relations and negotiations between each other.

Every language has proverbs which are deal with the learning. “Knowledge is a great power, but learning and mastering different sciences have great difficulty. Every nation advises learning, and a respect for teachers and masters. Live and learn — Век живи, век учись (Russian) –Kyrgyz equivalent is “Билим алуу ийне менен кудук казгандай”. Learning is like digging shaft with a needle).

Since the phraseological units of every language represent the history and culture of the people speaking the language, many ideas which are common to all peoples are expressed differently in different languages: For example, Welsh people say it rains old women and sticks whereas English people say it rains cats and dogs and both of them have the same meaning. The main task is to find a phraseological unit of the target language expressing the same idea and belonging to the same stylistic register as the original phraseological unit. The complete substitute of the image does not in any way change the general meaning of the proverb: for example, too many cooks spoil the broth — the meaning and stylistic reference of this proverb corresponds to Kyrgyz proverb “Койчу көп болсо кой арам өлөт”,which means that if there are many shepherds a sheep can die starving. And “У семинянек дитя без глазу” in Russian — it means that if seven nurses look after a child then he can become one-eyed. So in all cases when phraseological units have no equivalents in the target language, complete substitution of images is recommended. Too many cooks spoil the broth. Kyrgyz equivalent is “Койчу көп болсо, кой арам өлөт”.

Such proverbs have no problem in rendering to another language because they share the same cultural context. Kyrgyz and English proverbs as they sometimes share the same meaning as it is illustrated in the previous examples; they also differ in many characteristics such as religion, deep moral, metaphorical images, and unique geographical and ethnic characteristics.

Features like culture and traditional customs are very difficult to deal with in rendering from on. Moreover, because of the religious beliefs, habits, customs, myth and culture, Kyrgyz and English proverbs will carry different connotations. Knowing the cultural background can help to make us understand the cultural connotations to render them accurately:

A leopard never changes its spots (literal) Kyrgyz equivalent is «кара кийиз ак болбойт». This proverb means that a black carpet will never be white. That it is difficult to change ones’ or something else color, which was given by nature.

Such proverbs cannot be rendered literally because they will lose their semantic content. We have to bring a similar proverb in the other language that serves the same proverb idea.

Every nation has its own cultural and historical unique literary works. For example, in Britain, people are greatly influenced by some literary works such as Shakespeare's and many proverbs are originated from his work: All that glitters is not gold. [Shakespeare, “The Merchant of Venice”, Act II, Scene 7] (Functional meaning): not everything we see is what it truly appears to be (literally)

Appearances are deceptive — Internal truth of a person is usually different from what is visible outside.You should not believe strangers immediately. There is a Kyrgyz proverb, which is suitable to its meaning: “ Тышыжалтырак, ичикалтырак”.

The translator must be aware of such historical tradition of linguistics. That is to go beyond the connotative meaning of the proverb and deal with the proverbial concepts as pragmatic meanings based on SL and TL socio-cultural similarities and differences of the two languages.

Birds of a feather flock together — People with similar qualities, seek each other’s company. Kyrgyz equivalent is: “Балыкчыбалыкчыныалыстантааныйт”, which means a fisherman, sees another fisherman from the distance.

A bird in the hand is worth two in the bush –Never put off till tomorrow what you can do today — “Never put off till tomorrow”, “Don’t count your chickens until they are hatched”. As a result young generation may not understand the meanings of short proverbs, so if they don’t know their meaning they would avoid using the proverbs in their speech. There is a threat of disappearing of proverbs from the English language. However, in Kyrgyz language proverbs and sayings are popular among all the generations. Proverbs are used by elder people and young people and proverbs are widely used in media as well. On the one hand, according to Kyrgyz traditions young people ought to respect elder people and listen to their advice. On the other hand, proverbs are used to describe different situations and correspond to every situation in Kyrgyz language. Proverbs are piece of wisdom inherited from our experienced ancestors. Idioms are also collocations, because they consist of several words that tend to be used together, but the difference is that we can’t guess the meaning of the whole idiom from the meanings of its parts. Idioms are phraseological units with a transferred meaning. They can be completely or partially transferred. For instance: to add fuel to the fire/flame (to make an argument or a bad situation worse); its Russian equivalent is подливать масло в огонь which means to pour the oil to the fire. Its Kyrgyz equivalent is “отко май куюу”. Their meaning is the same.

Proverbs and sayings are the habitual associations of a word in a language with other particular words. Speakers become accustomed to such collocations. Very often they are related to the referential and situational meaning of words. Sometimes there are collocations, which are removed from the reference to extra-linguistic reality. While comparing and contrasting proverbs in different languages we can find their equivalents in other languages by their meaning. Which for the most part represent basic aspects of human life and it is common to all languages.

Faith and basic attitudes: east or west, home is best — В гостях хорошо, а дома лучше in Russian which is translated as to be a guest is good but to be at home is better and in Kyrgyz “Өз үйүн — өлөн төшөгүн” means my home is my song and my bed.

Another example is: Oil and water don’t mix.

Kyrgyz equivalent is “Экикочкордунбашыбирказандакайнабайт”, which means two rams’ head will not boil in one boiler. If you add oil to water, the oil tries to stay separate. This proverb is a way of saying that certain people or characteristics do not go together.

In conclusion, we summarize that the comparison of proverbs in different languages is a remarkable work. It is very difficult to find the complete similarities, but anyhow taking into consideration its culture, we can find their equivalents and analogy. The main goal of language teaching must be to create opportunities for students to acquire more and more language and be aware of such disciplines like: lexicology, stylistics, comparative typology and translation theory.