The Baltic gray seal: preservation of the species on the Curonian spit 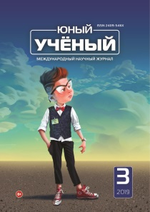 “We noticed a seal on the shore of the Baltic Sea,” ten years ago on the Internet almost all the news feeds were filled with headlines of this kind. The Baltic gray seals almost completely disappeared in the waters of the Curonian Spit (Russia) began to return. But how was the interaction with people organized while rescuing the wounded and weakened animals, seal pups, as well as animals that were thrown onto ashore?

At present, on the Russian part of the Baltic coast, Baltic gray seals can be found on the Curonian and Baltic sandy spits, in Zelenogradsk, and other sea resorts of the Kaliningrad region. And in the neighboring Poland, on the Hel spit, there is even a special research and reproductive seal breeding nursery, a fokarium. A similar nursery recently appeared in the Netherlands. So, for example, the Pieterburen Seal Museum is known: the center was founded in 1971 to rehabilitate sick and injured seals. An ordinary nursery has become a specialized research hospital for seals — with insulators, a laboratory, and all the necessary equipment for research. After the rehabilitation period, all seals are released into the wild.

In August 2018, at the remote beach of the Curonian Spit, employees of the Kaliningrad zoo released a seal with an amputated flipper into the Baltic Sea. A female Baltic seal was found on the coast on May 2, 2018. The zoo experts summoned to the site decided to pick it up for treatment. The seal had a complicated inoperable injury of its flippers. At the same time, it suffered from the fracture, dislocation, and torn tendons. Thus, the decision was made to amputate the flipper. Veterinarians of the Kaliningrad Zoo conducted an operation under local anesthesia. The female seal has strengthened over the summer. It gained weight from 20 to 43 kg, so they decided to release the animal into the sea. Despite the missing limb, the seal has learned to move actively, independently eating fish. Specialists involved in the rescue and rehabilitation of seals have recognized it as fully capable of surviving in natural conditions. Permission to return to nature was received by the Kaliningrad Zoo from the Rosprirodnadzor (Federal Service for Supervision of Nature Management).

‘The release itself was incredibly fast. Unlike the two previous seals, which were released into the sea in July, this female did not hesitate for a second. As soon as the door of the transportation cage opened, it immediately rushed to the water, sailed about 10 meters, kept in sight for another 5–7 minutes, and then went into the sea,’ the zoo press service said.

At the end of June 2018, two seals returned to the sea, and they were also rehabilitated at the Kaliningrad Zoo.[1] Thus, the question arises: why was the animal more prepared with an amputated flipper to be released into the wild? In this case, it is appropriate to assume that a longer rehabilitation was applied to the animal.

However, in current practice, cases of vandalism and cruelty towards Baltic seals are known, although anxiety can be noted more often when meeting with the pinnipeds. So, the excited calls start coming every spring to the phones of Kaliningrad zoologists, stating that “the seal had been thrown to the shore”. Zoologists, as they can, reassure people, explain that seal pup usually go ashore at will, or rather at the will of nature. They have to go through the period of molting on the shore. The fact is that female seals are not very caring mothers: the seals are left to themselves after the end of the period of breast feeding. With such a lonely seal nothing happened, it just matured and “changes the wool.”

Although it happens that human assistance is really needed for a seal encountered on the seashore. This is when the traces are clearly visible of any injuries on its body, or it is entangled in the fishing net. In such cases, it is not necessary to approach a seal, because it is possible to draw attention to it from dogs, foxes, or irresponsible people. One should also not try to stroke an animal (as mentioned above, the seal can bite) or push it into the sea. Correct steps includes calling the specialists of Rosprirodnadzor or the nearest zoo. Large-scale work on the rehabilitation of pinnipeds had not been carried out before 2007 in Russia; therefore, there was a lack of information on this issue [1, p. 73].

Halichoerus grypus macrorhynchus (hornschuch and schilling, 1851) is the Baltic subspecies of the gray seal, its pagophilicity is the main difference from the Atlantic subspecies. The breeding peak is at the end of February — the first half of March. The body length of adults is 170–250 cm. Weight varies from 130 to 320 kg in adults of both sexes. At birth, the pup weighs is about 15 kg in normal. The lactation period lasts about two weeks.

During this time, pups gain about 2 kg daily. The fat content of breast milk gradually increases from 35 to 60 % during the feeding period. The average body weight of a pup is estimated at 37.8 kg for females and 40.2 for males at the time of the end of lactation; the pups often gain up to 47–50 kg during the milk feeding period. The white coat begins to descend on the second week of life, and the animal usually completely changes to one month old [1, p. 73].

In most centers for the rehabilitation of marine mammals, the method is used to feed the seals using a mixture based on minced fish, transferring to whole fish later. The properly organized animal feeding work is one of the most important conditions for successful rehabilitation. The use must be ensured for feeding and preparing the feed mixture of only high-quality fish, which was stored in proper conditions [1, p. 76]. For example, feeding methods using the experience of the Alaska Sea Life Center (USA), the Irish Seal Sanctuary (UK), and the Center for the Rehabilitation of Marine Mammals of the Leningrad Region (Russia).

Criteria and conditions of releasing. Assessing the readiness of a pup for release. Commission evaluation must necessarily be carried out on the state of the animal for its suitability for release. Representatives of regional bodies of Rosprirodnadzor, the Veterinary Department and specialists in the rehabilitation of marine mammals, as well as staff involved in preparing the animal for release, are included in the commission.

The study of the Murmansk Marine Biological Institute (MMBI) of KSC of RAS essentially contradicts the method of rehabilitation of the gray seal pups, it is very far from the goal of rehabilitation and release of animals into the wild.

“5 gray seal pups were selected in total, all animals were transported to the aquapolygon MMBI in the city of Gadzhiyevo. Animals were housed in onshore enclosures, on snow, in the field. The first few days, the animals tried to crawl away from the person as he approached, but they began to get gradually used to the presence of employees, and sometimes they even allowed themselves to be touched without defensive reactions” [4].

Note that the return of all animals to the wild is the main task of the rehabilitation of the Baltic gray seal pupps used in the Pieterburen nursery.

This is confirmed by the results of studies of comparative morphological and morphometric analysis of blood cells of gray seals living in captivity and natural habitat. This analysis revealed some peculiarities of their cellular composition (Fig. 1) [6]. In addition, the issue of distribution is a key issue in the study of rare species of animals. Despite the fact that seals live in a densely populated region, their distribution is poorly understood. In the ice period, the Halichoerus grypus macrorhynchus species is associated with ice and is available for aeronautical surveys [5, pp. 277–278]. The Baltic seals lead a secretive lifestyle after the disappearance of ice. The distribution of both species can be judged by their occurrence at rookery at this time of year. The Baltic gray seal (Halichoerus grypus macrorhynchus) is in the Red Book of the Russian Federation.

For example, for 30 years, the Argos international satellite positioning and data collection system has been used extensively as part of various biological and environmental programs. Currently, scientific organizations monitor the movements of more than 7,300 animals with the help of Argos radio beacons. As a result, scientists obtain data on the daily behavior of animals, on their seasonal migrations, as well as on their physiological state and environmental parameters. With the help of satellite technical means, observation of animals allows one to obtain information that is not available when using other methods of studying the animal world [7].

On the Curonian Spit, the preservation of the gray Baltic seal species depends on the implementation of the appropriate rehabilitation technique for seal pups, the regulation for interaction with the Federal Nature Protection Service, and the possible creation of a rehabilitation center (fokarium). Otherwise, the risk of repeting the fate of the Baltic ringed seal is too high. This species currently numbers about 200 individuals in the Gulf of Finland [9].

[1] The zoo is a budget institution and (by law) has no right to spend its own money on the treatment of animals removed from nature. Therefore, caring citizens raised funds for the treatment of seals. A total of 79,344 rubles were collected. 73 492 rubles were spent on the purchase of fish, drugs, and veterinary services for three animals. The remaining funds will be spent on purchasing the seal food for the Kaliningrad zoo.

The combination of high nucleation rate and low growth rate in pulsed plasma produced in liquid media, allowed to synthesize indium nanoparticles encapsulated supposedly in graphene nanoribbons. This paper presents the results of identification of indium nanoparticles obtained in hexane, by X-ray...

The combination of high nucleation rate and low growth rate in pulsed plasma produced in liquid media, allowed to synthesize indium nanoparticles encapsulated supposedly in graphene nanoribbons. This paper presents the results of identification of indium nanoparticles obtained in hexane, by X-ray...