Some features of the British slang in modern literature and society 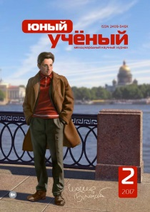 The research work presents slang as a unique phenomenon in the world culture. The concepts of “definition of slang”, “studying of slang”, “slang in literature and society” have been defined more precisely.

The object of study is slang as a unique phenomenon of every language.

The subject of the research is slang, its types, ways of understanding it and the impact of slang on the common people in the English language.

The purpose of studying is to examine how slang could be found in books, in the language and to sort out if slang is good for the language or not.

The objectives of this research are the following:

– to define slang phrases as a unique phenomenon of the English language,

– to illustrate some of the features of words in a slang jargon,

– to illustrate some situations and correspondence using slang,

– to answer a questionnaire and reflect results into the diagrams.

Methods used in the research are comparative, theoretical, analysis, experimental.

Theoretical analysis of the literature showed that this issue was covered in the works of Gisle Andersen, Walter William Skeat, John Ayto, John Simpson, Ray Bradbury, L. N. Parkhomenko. The work material has a certain practical value and may be used in studying the speech in school clubs and at the lessons.

Slang is of Scandinavian origin and a derivation of Icelandic slyngva, which can be compared with the Norwegian verb slengja (‘to sling the jaw’) and the Norwegian noun slengjeord (‘slang word’), used for insulting words.

“Collins English Dictionary” describes slang as: [«Vocabulary that is not appropriate to the standard form of a language or to formal contexts, may be restricted as to social status or distribution, and is characteristically more metaphorical and transitory than standard language»6].

The meaning of the concept of ‘slang’ and what it includes was much clearer in the old days. Originally, it was used by British criminals to refer to their own special language. It is also usually pointed out that slang affects vocabulary but not grammatical constructions. Slang is an alternative vocabulary of each language. It is mostly used for bringing humor, prejudice into language. A lot of people every day in all English-speaking countries use abba’s to communicate with each other. Slang was first recorded in the 16th century by Thomas Dekker.

COLT(Corpus of London Teenage Language). COLT is a half-a-million-word corpus, compiled in 1993. It consists of surreptitiously recorded spontaneous conversations involving 13 to 17 year-old boys and girls with various social backgrounds and from different school districts in London

Examples in the English language:

Believe it or not, Dave can sometimes act like an airhead!"

For my research “The etymological dictionary of the English language” [4] (down dictionary) was used first. I found 3500 words with the connection to slang in this dictionary. It is nearly 28 % from all the words. It should also be said that all dictionary has 12750 words. The diagram includes information about the contain of the dictionary. Slang words must be sorted into several groups:

“Talking” group has words that can be used in the common language every day.

“Rarely used” group contains words that can be used not so often than others.

“Teenage” group includes words that are used by teens.

According to the facts we can sum up that slang becomes more useful in the language, because of its importance in the life of teenagers. In 2015 6 new dictionaries of slang words, grammar rules and using standards were printed.

According to the information above, it can be said that the whole language has nearly 14 100 slang words. It is nearly 1 % from the all language.

Usage of slang in the novel “Dandelion Wine” by Ray Bradbury [5]. I would like to give you bright examples of some interesting slang and colloquialisms that I have found in this book with translation into the Russian language:

Every trump and trill — Каждое движение

After reading the book the table has been made. It illustrates the percent of usage slang words in the book.

One thousand one hundred and forty-four slang words were found in the book. Slang has got nearly to one point five percent from the entire book. It is approximately four slang words on each page.

I have made a questionnaire for the 10th form to test their knowledge of slang.

Approximately 8 teenagers out of fifty understand English slang and will be able to speak to the international English groups.

The results of my investigation are the following. I have:

– defined slang phrases as a unique phenomenon of the English language;

– illustrated some of the features of words in a slang jargon;

– reflected results in the diagrams.

So, slang is the very informal language that includes new and sometimes not polite words and meanings, it is often used among particular groups of people and is not used in serious speech or writing.