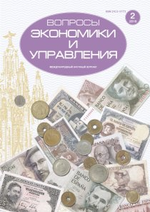 The article examined some of the problems of institutional transformation of the national economy of Uzbekistan. The author, based on the research, suggested measures to enhance the development of small and private entrepreneurship.

World experience shows that without a free market economy, without amateur producer, without entrepreneurial activity no prosperity of society is impossible. The most proven history: business was and will be a major component of the economic system of a society that calls itself civilized. Therefore, the transition to a market economy poses to our society many challenges, among which occupies an important place of business development.

In recent years dominated explicit integration trend. At present, large enterprises are increasingly create around themselves small, including on the basis of the former branches, offices, subsidiaries. Thus, they increase the «market flexibility», get rid of inefficient overheads, reduce the tax burden. The most important feature is the ability of small businesses to accelerate the development of investment, a high turnover of capital, active enterprising activity. However, it is characterized by a relatively low yield, high labor intensity, the complexity of the introduction of new technologies, limited own resources, and increased risk of acute competition. Success in the business world depends critically on the accuracy and validity of the chosen business strategies. This should take into account the probability of critical situations. Each new business or a new project inevitably faces in its path with certain difficulties that threaten its existence. For the entrepreneur it is very important to be able to anticipate such difficulties and advance to develop strategies to overcome them. It is necessary to assess the risks and identify the problems that may face business.

As the world and domestic practice, small and private business, given its characteristics, it needs constant attention and support from the public authorities and local self-government. The first step is to form a broad legal environment of functioning of small businesses. This process started with the adoption of laws and regulations governing business activities in general, since small businesses are not particular legal form of enterprise (economic) activity of citizens and legal entities. Simultaneously, the creation of an infrastructure of small business associations and business organizations in associations (unions). The small business support system, a special place is the problem of financial and credit support, the use of tax incentives and solutions other pressing issues that have a significant impact on the development of small business.

Development of small business in Uzbekistan is a complex, accompanied by some of the problems encountered in its path. However, this should not be an end in itself. The state, being social, should first determine what it wants from the small business and why you need it in social terms. I think the answer should be obvious — to achieve human welfare.

As noted in the report of the President of Uzbekistan Islam Karimov at the meeting of the Cabinet of Ministers dedicated to the socio-economic development in 2015 and the crucial priorities of economic program for 2016 that, thanks to the measures the share of small business and private entrepreneurship in the gross domestic product increased from 31 percent in the 2000 year to 56.7 percent at the moment, or 1.8 times. In this area today produced one third of all industrial and agricultural products 98 percent. It employs more than 77 per cent of the total employed population.

Based on the above, the purpose of the accelerated development of this sector of the economy the top priority is to create favorable conditions, privileges and preferences, providing comprehensive support to entrepreneurs. It is the objective of the activities of the Chamber of Commerce of the Republic of Uzbekistan, having structural units in all regions of the country, in particular, 14 regional offices, 127 information and consulting and business centers, 14 of the arbitration courts, 3 training resource centers and 21 Unitary Enterprise, CCI effectively cooperates with the state authorities and authorities, which contributes to a steady rise in business confidence and strengthen the partnership between them and the state.

A high social importance of small business begins to emerge only on the condition that companies of this sector produce certain volumes of production, affecting the main socio-economic indicators in the region. Accordingly, the support from the state becomes effective in two ways:

 Increase in production volumes of these enterprises to socially significant quantities;

 Support has already formed the small business sector to increase its degree of maturity and self-organization.

With the development of market relations in entrepreneurial activity in the country has to carry out in the context of growing uncertainty and volatility of the economic environment. So, there is confusion and uncertainty in obtaining the expected outcome and, consequently, increases the risk, there is a danger of failure, unexpected losses. In particular, it is inherent in the initial stages of the development of entrepreneurship.

At present, enterprises and organizations operating in market economy conditions must satisfy the relevant requirements. Companies must have great flexibility, the ability to change the range of products quickly. Product life cycle has now become ever shorter, the variety range of products — above. Therefore, the production, directed to the production of mass production, is not capable of constantly adapting to the needs of the real, often small groups of consumers, now doomed to bankruptcy.

The processes taking place in the market economy, are not determined by a single plan, and the right to freedom of each subject property, to replace vertical industry relations come horizontal. The market pushes the interests of businesses, forcing them to constantly take risks, even the most successful to review past decisions. Under these conditions, businesses must be able to predict and make timely changes to the structure of their capital, which would survive in the tough competition. Since success in the market is determined by the consumer, the manufacturer has to and is interested in the production of such products, which would combine the best, on the one hand, the cost of its production, and on the other — the price and the cost of the consumer on the operation and use of these products.

Dramatically changed the structure of production costs. All further increased the proportion of costs associated with product sales. The self is a problem and improve the efficiency of the enterprise product sales. First of all, we should pay more attention to improve the speed of the working capital, reduction of all types of inventories (both at the enterprise and in the warehouses of wholesalers), to achieve the most rapid promotion of finished products from the producer to the consumer. In fact, stocks of finished products in any form is only a camouflage poor production management.

Today, part of the enterprises poorly prepared for the new conditions. Enterprises should seek their own material and financial resources on the market, distributed through which the vast majority of the social product, both in the natural and clothing, as well as cost forms. All this requires a fundamentally new approach to the management and organization of production.

In accordance with the laws adopted in the Republic of Uzbekistan defines the general economic, social and legal basis for the creation of enterprises in the conditions of the existence of two types of property — public and private, established organizational and legal forms.

The situation, which falls, newly employed some unusual and unusual, it has yet to pass a thorny path before it becomes a real economic planner. Market — is, first and foremost, economic freedom. only the law and the limits set by them may rise above the entrepreneur. State regulation of the market conditions is reduced mainly to the establishment of standards of the business and the tax system. Everything else is defined producer and the consumer, they will, and to some extent randomly formed.

For economic freedom comes at a price. After all, freedom is accompanied by an entrepreneur at the same time and freedom of other entrepreneurs who are free to buy or not to buy its products, to offer it for its price, sell it at a certain price, to dictate the terms of transactions. It is natural that those who have to enter into a commercial relationship, seek, above all, to their advantage, and some benefits may be damage to the other. In addition, the entrepreneur competitor at all inclined to oust his opponent from the market. Therefore, whether we like it or not, but, learning enterprise, we have to deal with uncertainty and risk. The task of true entrepreneur, business executive of a new type is not to seek to deal with clearly foreseeable result, it's no risk, but also to be able to adequately get out of adversity and achieve the desired result.

The development of Uzbekistan's economy requires a more serious and deep reforms in various areas of business. Any nation is proud of the fruits of the activities of their business. But every nation and every individual member of it and proud of its association with the embodiment of a particular business idea. Entrepreneurship as one of the specific forms of manifestations of public relations contributes not only to improve the material and spiritual potential of the society, not only creates a fertile ground for the practical implementation of the abilities and talents of each individual, but also leads to the unity of the nation, the preservation of its national spirit and national pride. If we evaluate the feedback between entrepreneurs and institutions supporting the development of small business, the alarming low level circulation of entrepreneurs to public authorities on economic and legal issues at the stage of deciding on a business. The nature of the business potential of Uzbekistan due to the transition state of the Uzbek economy. On the one hand, Uzbekistan has demonstrated its ability to rapid development of business infrastructure and of the entrepreneurial class, especially since these concepts themselves over the preceding decades of the Soviet economy were perceived exclusively as negative. On the other hand, many market structures make confident steps, such as the stock market.

The main by key for the formation of not only skilled and experienced, and the «civilized» of entrepreneurs, is the education system that can give current and future Uzbek entrepreneurs not only modern management knowledge, but also to instill a certain system of moral values, to develop a new business ethics, are widespread in developed countries. Given the very high educational and qualification level of domestic labor resources, well-developed education system, the opportunities for this are available.

Extremely important it is also the problem of the formation of privatized and corporatized enterprises a new culture of relations between the employees, many of whom were both owners and managers, shareholders of awareness of their rights and responsibilities.

It is also necessary to note low interest of entrepreneurs in the field of laws and regulations governing the relationships of business entities and government bodies. But not knowing the law, as we know, is not an excuse. Competent approach to problem solving — that's the key to success.

In this connection, an extremely important role and efforts of the State and other public institutions (education, media, and others.), Aimed at the formation of a civilized class of entrepreneurs in our country, legal and organizational support of this process.