Reduplication as a productive way of word building in modern English 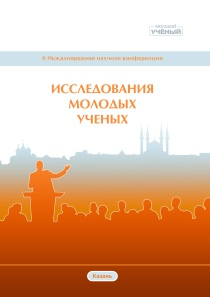 Today scientists differentiate a lot of ways of vocabulary enrichment. One of them is reduplication — a word-building process of doubling the sound form of a word with full or partial sound and (or) meaning repetition [1]. For example, chit-chat — a small talk of nonsence.

There is no agreement concerning the status and essence of reduplication in linguistics. Thus there are some controvertial ideas made by linguists. Some of them consider reduplication to be a productive way of word- building (E.Sephir) while others think of it as a non-productive (I. V. Arnold). Now linguists are coser to E. Sephir’s point of view as reduplicative words are used oftenly both by adults and children, in different speech styles [2]. On the one hand scientist consider reduplication to be an independent way of wordbuilding (G. B. Antrushina, I. V. Arnold, E.Sephir); on the other hand some scientists state that reduplication is a part of word-building as a whole (O. D. Meshkov, E. V. Fedyaeva).

Ablaut combinations are twin forms consisting of one basic morpheme (usually the second), sometimes a pseudo-morpheme which is repeated in the other constituent with a different vowel. The “eco” may come both in the 1st part and in the second. The typical changes are [ı]— [æ]: chit-chat ‘gossip’ (from chat ‘easy familiar talk’), dilly-dally ‘loiter’, knick-knack ‘small articles of ornament’, riff-raff ‘the mob’, shilly-shally ‘hesitate’, zigzag (borrowed from French), and [ı] — [o]: ding-dong (said of the sound of a bell), ping-pong ‘table-tennis’, singsong ‘monotonous voice’, tiptop ‘first-rate’. The free forms corresponding to the basic morphemes are as a rule expressive words denoting sound or movement. To sum up, ablaut combinations are words of twin forms with a vowel sound interchange inside them shilly-shally, cit-chat, dilly-dally.

Both groups (reduplicative compounds proper and ablaut combinations) are based on sound symbolism expressing polarity. With words denoting movement these words symbolise to and fro rhythm: criss-cross; the to and fro movement also suggests hesitation: shilly-shally (probably based on the question “Shall I?"); alternating noises: pitter-patter. The semantically predominant group are the words meaning idle talk: bibble-babble, chit-chat, clitter-clatter, etc.

The choice of the basic sound cluster in some way or other is often not arbitrary but motivated, for instance, lovey-dovey is motivated in both parts, as well as willy-nilly. Hurry-scurry and a few other combinations are motivated in the first part, while the second is probably a blend if we take into consideration that in helter-skelter the second element is from obsolete skelt ‘hasten’.

About 40 % of these rhyme combinations (a much higher percentage than with the ablaut combinations) are not motivated: namby-pamby,razzle-dazzle. A few are borrowed: pow-wow ‘a noisy assembly’ (an Algonquin word), mumbo-jumbo (from West African), but the type is purely English, and mostly modern.

Reduplication is usually resricted by the sphere of usage. The motivation of reduplicative compounds is mostly based on sound-symbolism, which means that their phonetic form carries out their function. There exists 3 functions:

1) Colloquial speech elements: razzle-dazzle, easy-peasy (actually almost all of them are colloquial)

2) Slang words: okey-dokey (sure, alright), yammy-mommy (a very attractive woman who is a mother)

The pattern is emotionally charged and chiefly colloquial, jocular, often sentimental in a babyish sort of way. The expressive character is mainly due to the effect of rhythm, rhyme and sound suggestiveness. It is intensified by endearing suffixes -y, -sie and the jocular -ty, -dy. Semantically predominant in this group are words denoting disorder, trickery, teasing names for persons, and lastly some playful nursery words. Baby-talk words are highly connotative because of their background. Some of the words from the sphere of colloquial speech came into neutral: ping-pong (name of a popular game); or gained new meaning — tip-top (was used as sound imitation, but now is used in the meaning of “perfect”, “well-done”, “ok”).

From the functional point of view reduplicative compounds may be devided into reduplicative adjectives (wishy-washy, itsy-bitsy, higgledy-piggledy) and reduplicative nouns (argle-bargle, tick-tock, pell-mell). Besides, some of the reduplicative compounds, which became stable in the language are also borrowings: ping-pong (Chinese), zigzag (French). Also, there are some translation loans: “nolens-volens” from Latin turned into “willy-nilly”. Reduplication may also occur as a mean of blending: The jocular and ironical name Lib-Labs (Liberal Labour — a particular group) illustrates clipping, composition and ellipsis and imitation of reduplication all in one word.

The sphere of usage of reduplication is quite wide as it touches upon many topics: words denoting animals (hot-dog — a snail) and plants (ylang-ylang); imitation of sounds made by animals (tweet-tweet, bow-wow); dances and types of music (go-go, hip-hop); different things (knick-knack — a trinket) and onomatopoeic words, denoting usage of these things (tick-tock); names of games (pall-mall, ping-pong); and even words of crime and government sphere (cop-shop — a police office, wacky-tabaccy — marijuana) [3].

To sum up, I would like to state that reduplication is a productive way of wordbuilding in the modern English language. It has several classifications and performs itself as a part of some processes in language, such as borrowing and blending, changing of the stylistic coloring of words.