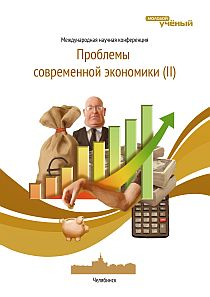 Entering to the list of leading 50 compatible countries of the world is the main aim of the reforms made in the Republic of Kazakhstan at the past years. The shift to the leading socio-economical level in order to create useful modernization depends on all of the political system abilities, on the basis of the general rules in political development. The reformation process covers the whole society. The economical, social, cultural spheres are covered too to influence on the right solution of the problems, taking the dynamic changes in the political system into account. This type of social development in the political sciences is also so called «keep up» modernization. Therefore the modernized situations develop with the political, law, economical and cultural spheres, this means transferring from traditional into modern life style. Modernized society is a complex of civic society, law obeying state and market economy.

Modernization is considered as the process assigned on modifying criterions and functions, and establishes the new political institutions that create an effective connection between the society and the state. That connection should always progress according to the differences mentioned before.

There exist different thoughts and views connected with the idea of on which basic causes should the modernizing reformations start with. E.g. W. Moor and A. Exstein points that reformation should start with industrializing the society; K. Griffin proposes the agricultural reformation; M. Levi tells that it should cope with the help of developed countries; S. Eisenschtadt writes about the urgent development of the institutions, taking the political changes into account; W. Shram considers that the main accent should be made on the political communications, which distribute the general values; B. Higgins states that the main idea of modernization is concluded in the urbanization process [2]. Our modernization process first of all is improving social conditions with the help of organizing the economical relations.

Every kind of modernization demands the solution of the basic three problems:

Stating the given conditions, modernization defines the following obligations:

The modernizing processes, which are being realized in our country, are defined in the annual reports of the President of Kazakhstan N. Nazarbayev to the people of Kazakhstan, which are about conditions in the country, internal and external politics of the Republic. Those are the reports and the obligations to be made on front of the nation of our Head of State for state development way. The annual reports are spread among the people with the different political advertising ways, and learned by heart by the society members. 10 years have passed last year, since the first report «Kazakhstan-2030. The development, security and social improvement for Kazakhstan nation», made by the Head of the State in October 10th, 1997, and in February 28th, 2007, he has pledged a new report «New Kazakhstan in the new world» for the upcoming decade.

The predominating long-term aims, and its’ realization strategy was defined in 1997. The development strategy had to realize the seven long-term predominance, which provide development, security and social improvement for the nation: the national security of Kazakhstan, the inner political stability and grouping the society, health and social condition of people, power resources, infrastructure, especially transport and communication, professional country, specialized country.

According to the famous public man A. Kekilbay: The development strategy for 2030 made by the Head of State has had an impact on the Kazakh nation. It’s important to notice the deep revolution in the citizens’ personal actions caused by the meaningful thoughts of or President N. Nazarbayev. The main point of this Report is the improvement of the nation’s social condition. Even when mentioning the difficulties of the transition period, there was not any kind of carelessness in realizing the given tasks. Becoming the leopard of the Central Asia is not an easy thing too. If the economical condition gets well, it will have a right influence on the social sphere.

There is nothing supernatural in the Report of the president; it is just a political action. The long-term development strategy of Kazakhstan is the result of multi-spherical work made before. Therefore, our society has accepted the President’s political beginning with a great intention» [4]. The author uses the indirect ways of advertisement with the given article. Also, every statement of the report was organized as a political advertisement since it was made, and has started establishing in people’s minds.

The report of the President N. Nazarbayev, which was made in 2006, covers the general basics of the strategy, aiming entering to the list of leading 50 compatible countries, which are: «First of all, the foundation of a fast growing and developing country could be an open market economy, which is not restricted by the modern compatible and the only kind of resource sector. This economy is based on respecting and securing contractual relations and the property institution, initiative and working members of the society. Secondly, we are building the society that is socially programmed on guaranteeing security and regard for elder generation, mother and child, youth; the society that provides the high quality of life conditions for all social groups and leading social standards. Thirdly, we are establishing free, open and democratic society. Fourthly, we will build law obeying country based on politically limited and distributive balanced system. Fifthly, we guarantee the religious equality and ensure with inter confessional agreement in Kazakhstan. We will build modern country with the freedom of religion, by regarding and developing leading processes of Islam and other worldwide and traditional religions. Sixthly, we will save, keep and improve eternal traditions, language and culture of Kazakh nation. Also, we will secure international and intercultural agreement, total increasing development of Kazakh nation. Seventhly, we consider our country as a responsible and full member of an international association; this is one of our important advantages. Kazakhstan is in the process of realizing important obligations that guarantee geopolitical stability and local security here» [5]. The mentioned report points the existing socio-political development condition of the Republic of Kazakhstan. It has a deep affection while putting into people’s consideration before realizing our future aims. Generally, every Report of the President gives strength for people. Therefore, the passages taken from the report are being posted on advertising banners in every town and city of the country.

In the Report «New Kazakhstan in the new world», the President states the following: «We will begin realizing the next stage of systematized democratic reforms in 2007. The state commissions that prepare and define the democratic reformation programs have made the special arguments for upcoming political revivals of the country, concluding the proposing of political parties, social associations, critics and views of country citizens. It is important to notice that those arguments are not copies of other experiences or repeating old theories. They are prepared o satisfy our society and point the given condition of Kazakhstan. The example of our own “kazakhstani way” of development is being established» [6]. The difference of that report is in 30 important directions, defined by the Head of the State as the advantages of renovation of internal and external politics.

The main idea of the Report in 2008 «Improving the living conditions of Kazakh nation is the main aim of the state policy» is the conclusion of strengthening the state role, growth of organization level of the social politics in country. As it was said in the report, «we will move along the way of improving the kazakhstani model of the political and state structure, by combining well-known democratic development rules and traditions of our society» [7].

Also, there is written the following statement: «in the conditions of democratic society, the confrontation with crime and corruption becomes an important value» [7]. The president of the republic of Kazakhstan N.A. Nazarbayev has denoted the seven important directions to realize the pre-electoral basis devoted for 5 years of the people’s Democratic Party «Nur Otan», at its expanded listening of the political council. They put the great impact in confronting with corruption. Corruption is known is an disease causing troubles in developing process for humane and social valuables. Nowadays, it is important to confront with the negative situation like a whole nation, but not transferring it to the judicial organs. The legislative party has accepted a special program «ten times confrontation for corruption». Also, social councils have started working at local and regional branches, which confront with corruption.

According to E. Zhumabayev, Legislative and Law problems committee head of the Parliament Senate: «Corruption has stopped being just a local problem, it has become a transnational phenomenon, influencing society and economy of all of the countries, it will increase the importance of international co-operation to predict and confront corruption.

Kazakhstan demands accepting strong criterions to fight against the dangerous phenomenon by ratifying the UN Convention against corruption, participating in leading the triplex of EFVO from 2009 and further leading it.

This step has proved the state appeal about the following statistics: the past 12 months has denoted 692 people who have been judged, 99 of them are the members of Ministry of Internal affairs, 29 are the members of customs organs, 21 are judicial executors, 15 are from financial police organs, 4 are from public prosecutor organs, 3 are judges.

The right results were noticed since the systematized and evident state policy in confronting with corruption. Especially, the crime number has decreased for 10.4%, corruption for 24.5% in 2007, in comparison with 2006» [8].

Certainly, there are some advertising elements underneath this information. The newspaper reader will not only get introduced with the statistic materials in the given article, but will understand its short future and decrease in number.

Generally, the «Nur Otan» party is progressing in researching the new methods of making confrontations with corruption. As its clear prove, the vice-president of the party A. Zhaksybekov have signed the co-operation memorandum with S. Kalmurzayev, the president of the agency confronting with economical and other corruption. Depending on those situations, the social council against corruption helps the financial police staff. Metropolitan members of «Zhas Otan» have started getting involved in the party’s activities against corruption. They have organized an action called «The Astana youth is against corruption» on February 10th, 2008, and «corruptive» criminal was burned at the end. The student of the Kazakhs National University named after al-Farabi have organized the same action on March 12th, 2008.It is important to note the republic anticorruption movement organized by the youth branch «Karsy» of the «Nur Otan» party.

There were made different political advertisements against the general corruption. All of the Republic mass media tells about the breaking impact of the disease that causes troubles in developing the society. The advertisements at the electoral period progress straightly, but the political advertisement that tell about the social values get spread very slowly. Advertisements are found in the information resources, reports and articles written about the famous politicians, political parties and political structures. Therefore, this kind of advertisement leans on informative and warning bases. Even when the information is about politics, economics, law, culture and literature, etc. its main aim is to create a positive view in reader’s and listener’s mind, by aiming the proposal to the given organization or a political person. We can see the importance of mass media when proposing the political advertisement. Mass media has established as a big judge in modern political processes. It is the main agent on a modern political stage. The press, radio and TV is a strong institution affecting society.

We have noticed a great role of political advertisement in modernizing process of Kazakh society. It increases connections between power and society, influences the characters and actions of the citizens. We can put the useful needs for the society, when we notice the traditional values role in establishing thoughts that are needed.