The history of Juvandir village 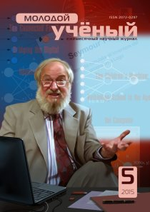 The Khorezm region is famous with its ancient kishlaks not only in Uzbekistan, but also in Central Asia. Juvandir is a suburb which is locoted on the cost of Amudarya river in Khazarasp district in Khorezm region. In this article information about the history of this village is presented.

When it comes to mankind’s ancient civilizations, which is the center of Khorezm, these country’s specific known voices, also «shirinsuhan» accent, lifestyle and unique castle-village did not long possible. First of all, the words of his native land, the umbilical cord blood should be shed, which begins on the date the native soil. Its look at the history of the villages.

The historical relations between the peoples of Uzbekistan has an important role in the development of Khorezm oasis and its surrounding cities. Gurganch(Old Urgench), Khiva, Kat, Khazorasp, Mizdahkan, Shemahaqal’a, Zamakhshar, Puljoy, Bo’g’roxon, Janpikqal’a, Shurahon, Darg’onota, Madminiya, Kardaronxos as it waved the old commercial center of the archaeological research found pottery, coins and jewelery, based in Khorezm by agriculture, livestock, crafts and trade relations, we find a high level of development. But at the same time, it has not yet fully understood a lot of written sources and archaeological monuments. In particular, the Khorezm oasis villages, there are also written sources, archaeological research in the ancient oasis of social, economic, political and cultural history have played an important role in.

Villages of ancient culture and national traditions, the population is a united and cohesive team. World charm of a place of beauty, prosperity and blessed generate Uzbek villages. Our native quality of villages, the image will appear in the neck position. Every day the sun in the morning peasent commitment to meet a hardworking, noble, approachable, generous, honest and clean life are as rural residents wish the best of intentions become clear. After all, our roots back to the rural land. Native to the great and sacred notion that allegedly linked primarily in rural areas. Where I live, the life of each of us, is regardless of our closed relations. Because a person’s residing share, especially in rural areas will be created.

The theme of article relevance and scientific novelty, is the mother country’s small, but integral part of the history of the region, an example Khazarasp located in a remote village and still living tradition, dedicated to the traditions.

The name of the ancient myths and legends combined with Juvondir village sites. Development to be built in the village and ware resettled here Jaloyir, Juvaldir associated with the names of the tribal-like seeds. Known VII-XIII centuries Khorezm Jaloyir, Nyman, Kenagas, Os, as well as the families of immigrants.

According to the famous scintist turkiolog Mahmoud Qoshgariy, in East Turkestan Caesar Ko’kxon was the third son’s name Juvaldor. Z.Dosimov’s «Khorezm toponymic», in his book Dzhuvali Juvondir came in the form of consumptions, he said(1,p.61) There are also a scientific guess the name «Joyobdi», if necessary, the water outside of the village, the water will come from the same villages. Joyobdi toponymy is water head. Other meaning, it actually Joyobdi, «Aug, other» means that me. One that came from the source(4,p.196).

Agriculture of villages has reported about the orign of the name of another memorial. Memorial Khoremzshah Memorial, Kutlug Temur responsibility for the governance of the country after the untimely death of his wife would take Torabekxonim. Old Urgench Mongol mangonel injury was got, still standing proudly built in a single tower this memorial Kutlug Temur. Torabekxonim was wisdom to rule the country. Her eager to mate, but, in the same way as with the Sultan Sanjar wanted to get a few will go to get hand. Torabekxonim refused each time. The answers to this hearing Sultan rage, made anger. He Torabekxonim made a wish in order to subdue evil plan. This plan is one of the choke of Tuyamuyun, the Amu Darya river Gorge, Kum hand away, to condemn, in the same way as with at the drought. Sultan large number of ceramic pitcher connected to each other. Excellence, completed with sand, was strangled in the desert thresholds will be able to change the Amu Darya. This terrible, then to go the printers confusion Torabekxonim was done and would be asked to agree to the terms of the Sultan Sanjar. Torabekxonim Sultan agreed to go to the courts from Gurganch to Tuyamuyun a distance equal to four lanes. Each lane starting a new fixed education al foal marks, at the end of the training command. Torabekxonim would be reached before the Sultan. He desolate, alone meet Torabekxonim prospects. She:» Here I am, I came to you». The river cut me off, so I accept your terms» she said sitting on a horse. Sultan would be very happy and would demolish the dam. Obtaining their streams flow of the Amu Darya.

At the same time Torabekxonim:-» I rather rage at me now if you want to stay with» turned back, saying, Biya, would release the reins». Appropriate»- replaces the Sultan rode a horse whip. Torabekxonim’s flying mares trotted towards slaves, because she was a natural. Sultan unbleached, Hazarasp, the sunset side of the castle would be close to the value of Torabekxonim. On of them said: «O woman pearls» — shouted. Since that time, this village «called» Juvandir(2, p.15).

Such a rich history and interesting etnografic relations that have come to the village only, Khazarasp district, but the Khorezm oasis of rare ancient ceremonies are held. For example, until now, remained one of the ceremonies «hold festivities». Honors known as the nations of Central Asia, Mumberry tree growing cottagein Tuzla, which is blessed and means lucky. Wordshiped ansectors are in ancient mulberry tree. Because, it’s body, leaf, fruit, root also healing mineral. Grab the cool shade of the trees to the ansectors, holiday enjoyable, which is in a good place. Password is a strong tree, it can be a rich harvest of 200–500 years(3,p.98).

Its appreciate able thing is fruit of the mulberry tree in the village and hold a large –scale event called the festivities. The election would be held on the main floor mulberry neighborhood. All who follow strict traditions of elections are not aviable. The rural population in their gardens and yards allowed eat tut is a normal situation, and get to the bottom of mulberry mass big tour. Hold elections every two remained in the village.

Small family keep hold elections in the yard or garden, cooked according to the instructions of the parents keep children out of the tree, the fruit down to bed, stumbled on tents. Collect a mulberry fruit to go after the elderly out of the neighborhood. The rest of the fruit family members together to make eating sweets.

Hold mass elections, mulberry fruit, prior the start of the rural population, the fruit of the mulberry collect and hold the fiesta that scheduled to be prepared to pick and choose, mulberry plant dedicated to refresh the sacrifices of our ancestors. Tut festivities takes place young children begin to hold elections, refrecting the games, the young man, red, white tents, mulberry, stumbled enter. Chodir-brown cloth on the floor, and his men hold the bottom of the hold. Grab one of the boy out on a special «hold line» Sam Dover, fried Tut spilled into the tent. Middle-aged men mulberry fruit drying to prepare a special obligatory. Women in the molasses and prepare them for cooking stoves. Eldery people sitting around the table. Youth first wanted to clean out the biggest fruit, try to hold dish the elderly. They are the best white mulberry fruit taste, prayer-engaged.

Writing this article for many historians, archeologists, etnographers and other scientist were plug some based on data research. However, not all of them are absolute truth, because those have encountered. As a result, the Khorezm history, especially the history of the United Arab Emirates, some souvenirs and villages in this region, archeological, toponymic and on the basis of linguistic materials. We need that Khorezm historical monuments for the study of the history Iran, Iraq, Syria, Egypt and other countries in the archives of the written sources deep with the study and research.

Collected as a result of many years of great work and research of archeological, and ethnography of the information linked to themes chosen-based on the study of gratitude, and we may come to the conclusion that, in the XXI century- the age of intellectual research recognizing that serious attention to the youth ranks deep knowledge, skill, experience, patriotic historians, archeologists, etnographers should be directed to the production of a new generation. This urgent problem is to be solved Khorezm pledge to be successful in the history of scientific topics.