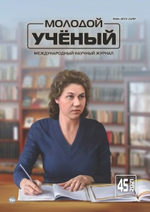 The study showed what requirements exist in Central Asia for the application of technology on the Syrdaria river. Depending on the context, several country criteria had to be considered to determine why water is not being used equitably and the importance of the economy from energy or irrigation.

Water relations in Central Asia deteriorated after the collapse of the USSR, countries still cannot use water rationally due to the unfair use of water from the Syr Darya River. Beata Ashment (2011) stated that the dispute between states located upstream and downstream of the main watercourses of Central Asia, affects several interrelated issues: firstly, the amount of water flowing from top to bottom, and also about the time of water discharge; secondly, about the price of electricity, which, in turn, affects the amount and periods of water discharge [1].

All over the world today due to social and political changes in the water sector have begun to apply technologies to tackle environmental problems in a variety of ways. However, the use of technology is also connected with the current situation, — wrote about this Sharon Beder referring to the Dutch scientist Johan Shota claims that the radical technological change can only happen if the social context also changes. Water distribution technologies will perform the same function, but each water basin has its own problems that require attention. This work is focused on the needs of countries that want technology introduction. The criterion for the application of technology can be compliance with an integrated scheme, disputes between energy and irrigation, as well as the exchange of resources for agricultural purposes, as the study showed [2].

The water resources of the Aral Sea basin consisted mainly of the flows of the Syrdarya — 39 km 3 and Amudaria — 81 km 3 . Irrigated lands in the Syrdariya river basin amounted to 3.5 million hectares., and its upper reaches solved hydropower problems. In total, the capacity of 25 relatively large regional and several dozen small hydroelectric power plants was over 775 thousand kW electricityIn addition, 0.6–0.8 km 3 of water per year is used in public utilities economy, industry and agricultural water supply. The water resources of the Syrdarya River are formed mainly outside of Kazakhstan: more than 74 %. waterfall to Kyrgyzstan (Naryn river); about 14 % — to Uzbekistan, about 3 % — to Tajikistan; Kazakhstan accounts for 9 % (the Arys and Keles rivers). It should be noted that water use in the Syrdariya basin is inconsistent and sometimes contradictory character both in the states located in the basin and in the sectors of the economy. The flow of the Syr Darya and its tributaries is regulated by a number of reservoirs built during the Soviet era [3].

Fig. 1. Map of the Syrdarya River

In Soviet times, the development of the country's water economy was in full swing, the construction of hydroelectric power plants and the development of agriculture were developing, on the other hand, the environmental problem of the Aral Sea arose. In the region, with the onset of the drying up of the Aral Sea in the 60s, the countries of Central Asia in the 70–80s began to use water resources in an integrated manner. Kipkashbaev (2004), ex-Minister of Water Resources of Kazakhstan, stated that in Soviet times, water resources were a successful inter-republican river economy, which was managed by a union body — the USSR Ministry of Land Reclamation and Water Resources. The use and protection of water resources was carried out in accordance with the Water Legislation of the USSR and the Water Code of the local republics. The laws of the union republics strictly corresponded to the union water law, therefore they did not contradict each other. According to Kipshakbaev, the key positive aspects of water resources management during the Soviet period were a comprehensive study of the water basin, including water resources, both surface and underground, as well as return flows. The effectiveness of water resources management in the USSR is their research and periodically, every 10–15 years, schemes for the integrated use and protection of resources (including land) for each inter-republican river basin were drawn up and updated [4]. One cannot but agree with Schutter and Dukhovny (2011), who stated that the ICWC executive bodies must strictly observe the release regimes and water use limits established in accordance with the adopted rules and schemes of the former Soviet government. The authors, referring to Weinthal (2002), explained that the government of the Soviet Union mediated in conflict situations with significant influence and ability to propose solutions to the parties, and for this they used schemes for the integrated use and protection of water resources the basins of the Amu Darya and Syrdarya rivers [5].

The USSR Ministry of Water Resources was also involved in the exchange of resources between countries due to the fact that countries had different interests in water resources. Resource exchange was also considered through a complex scheme, and Kemshimov (2002) said in his report that a water-energy agreement was signed in 1998 that required the use of the old signed water distribution scheme. in 1982. Under the 1998 Water and Energy Agreement, Kazakhstan agreed to supply energy to Kyrgyzstan, but again demanded water quality and water share in accordance with the schemes [6].

According to these authors, it can be concluded that the use of technologies at transboundary gauging stations should ensure the quality of drinking water and the share of each country in accordance with the standards and schemes for the Syrdarya river basin. However, Dinara Ziganshina (2012) stated that the 1992 Almaty Agreement confirms the Soviet scheme, which detailed the rules for the distribution and use of water resources between countries, and also wrote that the “fairness” of these rules was in question [7].

In the Syrdarya basin, there are contradictions between the needs of various spheres of the economy in resources, which leads to environmental degradation and tensions in relations between the countries of the region. In Soviet times, water was regulated in accordance with the irrigation regime, but now it has become an energy regime. Vagopov (2002) reported after analyzing the history of the development of water resources management in the Syrdarya river basin and divided the stages of development of water management. Stages of separation for 1988–1991 — stabilization of irrigated areas in the Toktogul reservoir, introduction of a unified flow regulation system, and then, since 1992, the transition to the energy regime of the Toktogul reservoir, rejection of long-term regulated reservoirs temporary regulation, an increase in winter releases from the Toktogul reservoir. It has been practically proven that it is impossible to use water in parallel for energy and irrigation. Before the countries gained independence, more attention was paid to irrigation, and more or less water resources were used in an integrated manner [8]. As evidence of the importance of agriculture for countries, Abdullaev and Rakhmatullaev (2013) stated that Central Asia is one of the oldest irrigated areas in the world [9]. Sokolov, Ziganshina (2014) wrote that the Soviet government introduced compensation schemes for agriculture, energy and other sectors to regulate trade-offs between the five countries. Moscow identified economic priorities, of which energy was the second priority as more water was allocated for agricultural production [10].

Central Asia can safely use water resources along the Syr Darya River with the help of new water distribution technologies; there have also been many projects, but at the level of international canals. In the region, within the framework of a pilot project, water distribution was implemented at the facilities of the Naryn-Karadarya Basin Water Management Association (BWO) «Syrdarya» and canals Aravan — Akbura — AABK (Kyrgyzstan), South Fergana — SFC (Uzbekistan), Khojabakirgan — KhBC (Tajikistan).) I. Begiom wrote that realizing the need to modernize the technical equipment of hydraulic engineering, structures and gauging stations as a further development of a complex project water resources management (IWRM) of the Fergana Valley proposed an automation project water distribution in pilot canals and basin water bodies unification of the Syrdarya [11].

Innovative and technological changes offer opportunities for better planning and design of sustainable and efficient water monitoring projects. According to V. A. Dukhovny, in order to strengthen cooperation, measures are needed to improvement of water accounting in interstate sources, which allows reduce losses in rivers. Such means include connection implementation on transboundary rivers of the region SCADA systems and the desire for cooperation of all countries pool. In the world practice of water resources management, automated technologies SMART and SCADA have been greatly developed [11].

A review of the state of water infrastructure in developed countries showed that human participation is not enough for effective management and distribution of water resources. Due to climate change, an increase in the number of unfavorable factors, the frequent recurrence of milk years, the presence of large complexes of hydraulic structures, a person can no longer effectively and timely make decisions to reduce water losses, prevent negative weather events. and manage water distribution. Therefore, today, to help people in water management, almost all hydraulic structures and main canals that receive water from large rivers are partially equipped with the simplest means of automated control.

The analysis of the history of water resources management was used to determine the technological requirements on the Syrdarya river, which are necessary for a reasonable and equitable water use for sustainable water use, it was concluded that the analysis of identifying urgent problems that may arise in connection with this use of technologies. Sustainable development is limited minimum inexpensive settings that do not require cost changes, institutional change or any radical cultural change, the environment will continue to degrade [2].

The study showed an analysis of water policy, several country criteria were identified; the importance of schemes, resource exchange, etc. for the development and application of technologies on the Syrdariya river.