The state of the problem, the classification and pathophysiology of the complicated course of liver echinococcosis (literature review) | Статья в журнале «Молодой ученый»

The state of the problem, the classification and pathophysiology of the complicated course of liver echinococcosis (literature review) 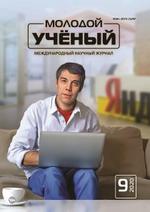 The state of the problem, the classification and pathophysiology of the complicated course of liver echinococcosis

Echinococcosis is a serious parasitic disease, and currently continues to be a serious medical and social problem in many countries of the world [6, 22, 23, 25]. So, according to A. Angheben (2017), Italy is currently facing the problem of increasing immigration from sub-Saharan Africa to the Mediterranean Sea. The authors note that a hidden clinical course and unknown morphological nature of the disease contribute to an even greater aggravation of the epidemiological situation in the region with regard to echinococcosis. The authors recommend using the experience of countries with an already developed methodological base for the diagnosis and treatment of this pathology [2].

Uzbekistan, despite the large amount of work had done nationwide, remains an area of endemic focus on the incidence of echinococcosis. According to the Ministry of Health of the Republic, the annual damage from echinococcal disease in Uzbekistan is on average more than 5 billion amounts [16].

According to various authors, in recent years there has been a significant increase in echinococcal disease in the regions of the Republic of Uzbekistan, affecting a rather significant population. The Ministry of Health Care of the Republic determines the following epidemiological picture of echinococcosis in the republic: the invasion of the population according to serological reactions is from 2 % to 8 %, the level of parasite infection in the population according to mass preventive examinations using ultrasound diagnostics and fluorography from 2 to 10 people per 1000 population. The ratio of urban to rural residents, according to Yu. L. Shevchenko and F. G. Nazyrov, is 1: 3. Echinococcosis among surgical patients occurs from 0.72 % to 8.2 %, with localization in the liver (65 %), there may be rapid invasive growth. In second place in the frequency of localization of echinococcosis are the lungs (25 %), more rare localizations: kidneys, spleen (4 %), brain (2 %), endocrine glands (1 %), ENT organs and bones (2 %). Heart damage is described (0.5–2 %) [22].

Pathophysiology: Ingested eggs from animal feces (which may be present on the fur of dogs or other animals) hatch in the gut and release oncospheres (immature forms of the parasite enclosed in an embryonic envelope). Oncospheres penetrate the intestinal wall, migrate via the circulation, and lodge in the liver or lungs or, less frequently, in the brain, bone, or other organs. No adult worms are present in the GI tract of humans [17].

In tissue, E. granulosus oncospheres develop into cysts, which grow slowly (usually over many years) into large unilocular, fluid-filled lesions—hydatid cysts. Brood capsules containing numerous small infective protoscolices form within these cysts. Large cysts may contain >1 L of highly antigenic hydatid fluid as well as millions of protoscolices. Daughter cysts sometimes form in or outside primary cysts. If a cyst in the liver leaks or ruptures, infection can spread to the peritoneum [17].

E. multilocularis produces spongy masses that are locally invasive and difficult or impossible to treat surgically. Cysts occur primarily in the liver but can occur in the lungs, or other tissues. The cysts are not large, but they invade and destroy surrounding tissue and can cause liver failure and death.

Although many infections are acquired during childhood, clinical signs may not appear for years, except when cysts are in vital organs. Symptoms and signs may resemble those of a space-occupying tumor [17].

Liver cysts eventually cause abdominal pain or a palpable mass. Jaundice may occur if the bile duct is obstructed. Rupture into the bile duct, peritoneal cavity, or lung may cause fever, urticaria, or a serious anaphylactic reaction. Pulmonary cysts can rupture, causing cough, chest pain, and hemoptysis [17].

According to M.Yu. Gilevich (1987), a recurrence of echinococcosis should be called the return of the characteristic symptom complex of the disease after surgery, in which the possibility of primary multiple or combined lesions due to the non-radical operation or violation of its technical approaches that led to dissemination of the germinal elements of maternal hydatid was excluded. The author noted that relapses occur mainly during the first years after surgery, decreasing in frequency by the end of the first decade.

Despite the large number of studies on liver echinococcosis (EH), to date there is no single clinical classification that could be decisive in choosing the optimal treatment tactics and prognosis of the disease. Many of the proposed classification of EH differ in one or another priority feature. This is the stage of development and manifestation of the parasite, the localization of EC in the liver and other organs, the size of the cysts and their complications, the degree of viability of the cyst according to modern studies.

In the clinical course of EH, most authors note three stages: the first is asymptomatic, from the moment the parasite embryo enters the body until the first symptoms of the disease appear; the second is the stage of clinical manifestations; the third stage — complications arising from perforation of the cyst into the biliary tract or bronchial tree, suppuration, a breakthrough into the pleural or abdominal cavity, etc. [1, 12, 21, 24].

Classification of echinococcosis proposed by Milonov, O.B. and Babur A. A. in 1985, it largely reflects the whole variety of clinical manifestations of EP, which depend on a number of factors: the age of patients, the state of the immune system, the number, size and location of EC, concomitant diseases. At the present stage, the diagnosis of liver echinococcosis cannot be considered sufficient. The clinical diagnosis should be detailed with a number of characteristics of echinococcosis that determine surgical tactics. We can confidently believe that a unified and stable classification of EH is unlikely to ever appear, because our knowledge about the course of the disease, methods of its diagnosis and treatment is constantly changing.

So, the classification of M.Yu. Gilevich (1987) seems to be the most rational, reflecting property of echinococcus:

II. Repeated echinococcosis as a result of reinfestation of the parasite (with a similar localization of the lesion).

Some authors note that at present, with the absolute dominance of radiation methods for visualizing EC on the one hand, and with the steady development of minimally invasive treatment methods and antiparasitic chemotherapy on the other hand, there is a need to create classification suitable for developing sequence algorithms and choosing treatment strategies for EH [7].

The peculiar features of the structure of the biliary apparatus, its relationship with the echinococcal cyst during its growth predispose to the frequent development of complications, which can be divided into hepatic-biliary, intraperitoneal and intrathoracic [22].

According to R. M. Agaev (2003), lesions of the bile ducts with echinococcosis of the liver are realized at the level of segmental (internal cystobiliary and gall-bronchial fistulas) and hepatic ducts (breakthrough of the echinococcal cysts into the bile ducts, compression of the last cyst and cicatricial strictures of the bile ducts).

F. I. Makhmadov (2010) believes that the main causes of complications of liver echinococcosis are the atypical clinical course of the disease, late circulation of patients, a large area of damage to the liver parenchyma and a decrease in liver reserve capacity.

As most clinicians note, the asymptomatic course of echinococcal disease is one of the factors for the development of complications [4, 13, 22].

In this regard, the study of prognostic factors for the development of these complications is an urgent task requiring further search. So, studies on the morphological prognosis of the development of complications are interesting. Morphological modifications of single-chamber echinococcus are described [8]. So, E.veterinorum cysts contain only hydatide fluid and brood capsules; they do not have daughter larvocysts. They are distinguished by the highest pressure of the hydatide liquid, which causes the danger of a breakthrough into the surrounding organs. E.hominis cysts contain fluid, protoscolexes, brood capsules, daughter and grandchild larvocysts. They are characterized by low fluid pressure and the «phenomenon of exogenous growth». E.acephalocystis is extremely rare in humans, does not have brood capsules and protoscolexes, and may contain “sterile” daughter larvocysts.

According to F. I. Makhmadova (2010), the most common complications of liver echinococcosis are suppuration of the cyst (72.4 %), a breakthrough of the cyst in the biliary tract (14.7 %), and calcification (5.3 %), a breakthrough of the cyst in the chest cavity (1, 1 %) and into the free abdominal cavity (0.8 %). The author found that the main causes of complications of echinococcosis of the liver are the atypical clinical course of the disease, late circulation of patients, a large area of damage to the liver parenchyma and a decrease in liver reserve capacity.

According to D. A. Dzhabrailov (2009), dead echinococcal cysts, calcification of the fibrous capsule, “pseudosolid” forms of damage cause a high risk of formation of cystobiliary fistula (CBS). In this case, the frequency of the formation of central heart disease does not depend on the method of surgical intervention and is almost the same with minimally invasive and open interventions (21.7 % and 19.9 %, respectively).

A number of authors, having studied the pathogenesis of echinococcosis, found the dependence of the development of giant, multiple and complicated forms of echinococcosis on the immune status of the human body. All of them are of the same opinion about the acquired immunodeficiency in patients with EH, which is caused by the suppression of all parts of the immune system — cellular, humoral and non-specific, against the background of severe allergization of the body [8, 14, 19].

Thus, modern views on the classification and pathophysiology of complicated EH have not undergone significant changes over the past 20–30 years, but have been supplemented in accordance with the advent of high-developed diagnostic equipment. Also, to date, there are no studies to analyze the entire spectrum of EH complications, cause-effect relationships of the development of the latter, their dependence on the localization, size and life cycle of the parasite have not been fully determined.

In our opinion, studying and detailing the features of the complicated course of EH using the entire spectrum of radiation diagnostics and the evolution of surgical treatment of EP can significantly affect the optimization of surgical tactics in this pathology.

Estimation of data of specific allergic research in chronic polypoid...

The materials in this research were 150 patients with a diagnosis of “chronic polypoid rhinosinusitis” aged 15–80 years who were hospitalized in the ENT department of the 3-rd clinic of Tashkent Medical...

Estimation of data of specific allergic research in chronic polypoid...

The materials in this research were 150 patients with a diagnosis of “chronic polypoid rhinosinusitis” aged 15–80 years who were hospitalized in the ENT department of the 3-rd clinic of Tashkent Medical...