The pollution of atmosphere air and its negative consequences 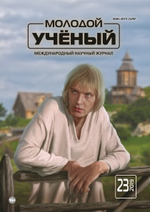 Today, the misuse of nature by human beings creates a variety of negative global environmental problems. One of the most negative issues in air is the pollution of air. This article provides a brief overview of issues related to air pollutants, their types and adverse effects.

There is always a certain amount of dust in the atmosphere. It occurs as a result of natural events occurring in nature. These dusts can be divided into three types: mineral (inorganic), organic and cosmic dust. Depletion and dislocation of rocks, volcanic eruptions, fires in thickets and forests, sea water evaporation can cause mineral dusts. Organic dusts are formed by airborne aeroplancton, bacteria, spores, plant seeds, animal humus and waste. The cosmic dust is the result of meteorites burning on the atmospheric air. Atmosphere air is polluted by natural and anthropogenic factors.

Anthropogenic pollution occurs primarily due to waste generated by the use of organic fuels in vehicles, industrial enterprises and power generation networks, and the various discharges in the air basin. Atmosphere air pollution is a concern for all mankind. This problem is one of the most acute problems in the industrialized countries. The harm caused by pollution of atmospheric air is less than the problems that arise as a result of emissions of industrial and household waste into open water bodies. [1]

Air pollution refers to the release of pollutants into the air that are detrimental to human health and the planet as a whole. “Most air pollution comes from energy use and production,” says John Walke, director of the Clean Air Project, part of the Climate and Clean Air program at NRDC. “Burning fossil fuels releases gases and chemicals into the air.” And in an especially destructive feedback loop, air pollution not only contributes to climate change but is also exacerbated by it. “Air pollution in the form of carbon dioxide and methane raises the earth’s temperature,” Walke says. “Another type of air pollution is then worsened by that increased heat: Smog forms when the weather is warmer and there’s more ultraviolet radiation.” Climate change also increases the production of allergenic air pollutants including mold (thanks to damp conditions caused by extreme weather and increased flooding) and pollen (due to a longer pollen season and more pollen production).

These two are the most prevalent types of air pollution. Smog, or “ground-level ozone,” as it is more wonkily called, occurs when emissions from combusting fossil fuels react with sunlight. Soot, or “particulate matter,” is made up of tiny particles of chemicals, soil, smoke, dust, or allergens, in the form of gas or solids, that are carried in the air. The sources of smog and soot are similar. “Both come from cars and trucks, factories, power plants, incinerators, engines—anything that combusts fossil fuels such as coal, gas, or natural gas,” Walke says. The tiniest airborne particles in soot—whether they’re in the form of gas or solids—are especially dangerous because they can penetrate the lungs and bloodstream and worsen bronchitis, lead to heart attacks, and even hasten death.

By trapping the earth’s heat in the atmosphere, greenhouse gases lead to warmer temperatures and all the hallmarks of climate change: rising sea levels, more extreme weather, heat-related deaths, and increasing transmission of infectious diseases like Lyme. According to a 2014 EPA study, carbon dioxide was responsible for 81 percent of the country’s total greenhouse gas emissions, and methane made up 11 percent. Atmospheric air is an endless source of resources. However, human activity affects the atmosphere and changes its structure. Such changes are often of such great and permanent significance, and measures to protect it are required.

Every year the number of vehicles and industrial enterprises rises, the use of chemicals for agricultural production, as well as the decline in forests, pollution of ocean water by oil products, explosion of nuclear weapons, the amount of carbon dioxide and nitrogen oxide increases dramatically.

If the amount of carbon dioxide in the air rises and its contamination is not avoided, in 50 years the Earth’s surface temperature may be increased by 1,5–3,0°C. As a result, the melting of glaciers, the rise of the oceanic waters, the flooding of some parts of the Earth and the change of the geographical environment occur.

According to academician A. P. Vinogradov and Francua Ramada, carbon dioxide (II) oxide is increasing year by year. This is equivalent to the amount of oxygen it has lost due to combustion. Since the prehistoric times the amount of oxygen consumed on Earth has reached 273 billion tonnes. Of this, 246 billion tonnes or 90 percent of them happened in the next 100 years.

As a result of rapid evolution of industrial plants, vehicles and the burning of large quantities of fuel, free oxygen in the atmosphere is being released rapidly and the amount of carbon (II) -oxide is increasing dramatically. As a result, carbon's rotational movement is violated in nature.

Agricultural production has also its contribution to the pollution of atmospheric air, as the widespread use of pesticides in the cultivation of agricultural produce leads to a sharp decline in sanitary and ecological conditions. [2]

Poultry and livestock breeding complexes, meat combines, chemical fertilizers and harmful chemicals are more likely to be affected. In addition, dust, gases and smells emitted by sewerage, car tires, footwear and so on contaminates the atmosphere.

The strong contamination of the atmosphere has a negative impact on human health, and on all living things. One person breathes with 25 kg air on average per day. The harmful dust, organisms, and gases in the air are accumulated in the human organism. As a result, skin and eye diseases, liver serum, increased blood pressure, chronic bronchitis, infections, respiratory tract and renal diseases occur. It was determined that there is a general increase in health problems among children.

Due to the high levels of sulfur oxides in the air, bronchitis and gastritis occur in human organism. Atmospheric air pollution also harms plants and animals. It flows into vegetation leaves, soil and water. Polluted air damages plants and destroys their substance and energy exchange. The agricultural crops and fruit trees also become less fertile. The harmful gases emitted by industry and transport have a negative impact on the process of photosynthesis. [3]

In the last 25–30 years, acid rains have become a real ecological catastrophe in some countries. When burning on any fossil fuel, the exhaust gases release sulfur and nitrogen oxides into the air. These compounds that produce millions of tons of atmosphere into the atmosphere turn hydrogen into acids. In recent years, large areas of woods have begun to dry up in the USA, Canada, Germany, Sweden, Norway, Russia and other developed countries, due to the acid rains. These rains reduce soil fertility, destroy buildings, eradicate historical monuments, and harm human health. In the placement of existing industrial plants, deep contaminating factories are of great attention.

In summary, today's pollution of the atmospheric air is adversely affected by a person's negative attitude to the environment. This has a direct impact on the origin of various disasters on the planet. Atmosphere air pollution is a concern for all mankind.