Country risk – an indicator of the economic performance 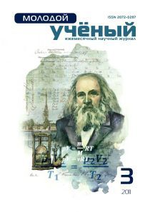 Currently there is a clear view of a new trend towards strengthening and enlargement of the relationship between national economies in the global marketplace of goods, services and especially of the funds. In this context arises the need for an objective evaluation of the efficiency of the allocation and use of all kinds of economic resources. While speaking of this I can distinguish that most of foreign investors and creditors are interested in the evolution of national economies, and the ability of a specific country to repay its debt.

As a result of these elements, a new concept appeared in the economic theory and practice, firstly named as political risk (1956) – which main objective was to study the nationalization of oil industry. Afterward, this concept was described and presented as a useful indicator for the banking system by Milton Friedman and after that it got named as country risk. The need to study this type of risk appeared because of its wrong use, and the confusion generated by country risk elements and those included in the political risk and other risk categories.

I’d like to mention that nowadays the country risk is defined as “the uncertainty taken into account when granting any loan or other financial product abroad or when doing the country assessment”. [1, p.72]

So this type of risk represents no less than the probability of gaining losses from the international activities as a result of country’s specific social and economic events. It should be mentioned that when speaking of country risk, the concept of losses becomes wider and it doesn’t always mean a failure to conduct a successful activity. So, the concept of losses in the context of this type of risk means:

In the trend of economic globalization the country risk is included in a special category of risk since it’s a type of risk that incorporates two major components found in any country: the economy and politics, which are always in an inevitable relationship since country’s economic policy is a part of the general policy of the government. This kind of relationship generates the need for a simultaneous treatment of major components in the process of factor evaluation, and the results that are obtained. I can say that the political element is more responsible for the control process of the investments and funds outflows from the country, while the economic side of country risk is more related to the inability to provide a profit to the investors.

That is why among the key factors that influence the country risk can be mentioned to major groups:

In addition to those groups of key factors mentioned above, the specialized organizations can use a quite big number of other elements in order to get a more precise country risk indicator. Their analysis can be started from the demographic and educational factors and end with the dynamics of private sector, investment policy or banking system.

Nowadays funds movement can’t be used as an absolute category since there is a clear view that funds can go abroad either as foreign loans or as foreign investments. That is why when speaking about country risk a new distinction should be made since the country risk for foreign loans is more like a credit risk, while country risk for foreign investments is more appropriate to be seen as an investment risk. Even though for determining these two types of country risk a similar methodology it’s used, with same indicators taken into account, the gained results may lead to different conclusions. So, when speaking of loans the main objective is to see the country’s financial capacity to honor its dept, while speaking about the investment part the attention is focused on the business climate, opportunities, market entry barriers and comparative advantages. All of this mean that if a country is rejected by the foreign lenders it won’t lead to its isolation, since a country that is not attractive to lenders might remain very attractive to the investors because of the provided long term opportunities.

Another difference between the two risk categories mentioned above it is present in their coverage. Thus the materialization of country risk for a loan will lead to the inability of the debtor to repay the debt in the contracted terms, while in an investment it will lead to the inability to gain the estimated profit. Also, both side of the country risk can bring the total or partial loss of the assets (the loan or the made investment) and the economic benefits that would be obtained by those assets (interest or profit). However, if the country risk influences the loans then it means the loss of money, while if the country risk influences the investments then it means that additionally to the financial assets that might be lost, there is the probability of loosing real assets (real estate, inventories).

Regardless of country risk aspect its economic part is evaluated with the same wide range of indicators, which are used in various models depending on the analysis goal and the time horizon taken into consideration.

When referring to the specific indicators used in country risk determination it can be easily seen that they can be grouped based on the key issues that are involved and described in the analysis (Figure 1).


In order to get a general assessment of the macroeconomic situation and especially to evaluate the impediments that can appear over time such economic data indicators are used:

Since the government plays an important role in the economy, the country risk assessment studies the following aspects of its involvement in country’s economic development:

Another set of indicators which is taken into consideration is the pricing policy. Main elements that are analyzed while taking into account this group of indicators are: wholesale price index, consumer price index, and gross domestic product deflator.

Although it might be considered as a legislative indicator since it’s always a part of the government program, its law system, the separate study of the commercial strategy is a must while speaking of country risk as an investment risk. As you know a country properly manages its trading balance when the level of its exports and imports allow a satisfactory pace for the economic growth, while same time offering the possibility to cover the cash deficit. The objective of the analysis is to determine whether the country usually uses the import substitution (tries to replace imports with domestic production) or the export promotion (governmental agreements, export subsidies).

In order to get a proper country risk score this sector is investigated using such data indicators like:

Also I’d like to mention that a special role has the study of the balance of trade which offers some important data on the main activities of a country:

Based on this kind of data such relevant economic indicators for the country risk are determined: exports as a capacity to import, the share of main exported goods and services in total export.

Using these major performance indicators and taking into account the proportion of influence of each other for evaluating the economy of a country, such organization as the World Bank, International Monetary Fund, Euromoney, Standard & Poor’s, Coface are generating a rating for each of the interested countries according to their potential risk, and the damage that might occur during the loan or investment period. I would like to mention that currently it’s not used a single risk class classifier or method, and each institution creates its own model, and improves it over time.

Nowadays when funds flow obtained a fundamental role in country development and economic growth, it’s a must to make a clear distinction between those two aspects of country risk by either developing different methodologies of evaluation or using an improvement indicators system, so that country risk as indicator can be effectively used by lenders and investors.

As a conclusion I’d like to say that country risk increasingly becomes an important macroeconomic indicator for funds owners which are interested not only in its value but also in its evolution over time, the consequence of change and the factors that influenced the change, since when speaking about a long term loan or investment the success is guaranteed by the existence of a stable and correct development strategy.