Forecasting the amount of allowance for doubtful claims 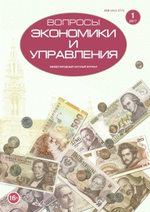 Accounts receivable occurs because of the mismatch between the date of delivery of goods (services) and the date of receipt of payment for the goods (services). In practice, often there are situations when the debt of various businesses and individuals on contractual obligations is repaid untimely or is not paid at all. This case causes the doubtful and uncollectible receivables. [1] No matter how receivables control system advanced and efficient, there will always be buyers who have not paid for goods purchased or services rendered.

Receivable may be recognized as a doubtful claim in the fallowing cases: firstly, if it is not paid within the period established by the contract or the law; secondly, if it is not provided with the relevant payment guarantee [2].

There is no explicit prohibition in IAS on the formation of the allowance for doubtful receivables, other than the "trade receivables". For example, if there is evidence of impairment of the receivables the allowances with respect to receivables from employees, settlements with suppliers and contractors (settlements of advance paid out), notes receivable can be formed [3].

The key problem of the market economy is the problem of rational choice. To make the right and grounded choice (or to carry out forecast) mathematical support for the decision making process is required. Therefore, the role of mathematical methods in economics is constantly increasing. Moreover, mathematical modeling is useful for more complete understanding of the processes of clarifying their economic nature and driving forces. Due to the fact that nowadays many mathematical theories and their application areas are well developed (such as linear algebra, analysis, probability theory, correlation and variance analysis), users can use the capabilities of powerful and advanced mathematical apparatus [4].

A mathematical model is a simplified model of the original. As a result of this simplification a reduction of the dimension of the initial system take place.

2. Receivable turnover ratio (b2) indicates the velocity of a company's debt collection, the number of times average receivables are turned over during a period. Accelerated turnover indicates an improvement in the situation of settlements with debtors. With a decrease of this ratio the risk of non-payment of debt increases.

3. The average annual value of receivables (b3). Selection of this indicator as an explanatory variable is caused by fact that the greater the accounts receivable, the more likely that these receivables will become a doubtful debts.

Factorial study is advisable to start with determine the effect of each factor on the resultant. Statistical data of the company for the years of 2007- 2014 was studied to identify the relationships between the factors mentioned above. The results of the study are presented in Table 1.

Table 1. Factor scores affecting the amount of receivables at the end of the reporting period, which unlikely to be paid in subsequent periods (Y).

At first the linear equations of matched regression based on initial data were set up. Regression models were set up for one piece of the data and then the regression models were checked by the remaining data in chronological order. The resulting function has been used for forecasting the remaining sample values. Comparison of planned and actual values of the contributions for allowances revealed the forecast error. Test results on multicollinearity are shown in Table 2.

Table 2. Matrix of pair correlation between the indicators included in forecasting model of the allowance for doubtful debts

Results of pair dependences between the factors and the resultant value, generalized presented in Table 3.

Table 3. Results of the factors influence on the receivables to be recognized as uncollectible receivables in the subsequent reporting periods (Y)

Test results showed that the value of receivables at the end of the reporting period, which is unlikely to be paid in subsequent periods were strongly influenced by three following factors:

- the average annual value of receivables.

Expected dependence on the number of debtors has not been confirmed. The value of receivables which is unlikely to be paid in subsequent periods is inversely proportional to the debtor days ratio. It is evidenced by the negative correlation coefficient. Prediction error in this case is insignificant value. The high value of the coefficient of determination indicates a functional connection.

The next stage of the study was to examine multivariate linear regression model of the following form:

b1 - the number of debtors;

b3 - the average annual value of receivables, tenge;

b4 - the value of doubtful receivables at the end of the period, tenge [5].

Further analysis was performed excluding the impact of the number of debtors. Regression model was set up for one piece of the data and then the regression model was checked by the remaining data in chronological order. The resulting function has been used for forecasting the remaining sample values and for calculation the forecast errors. The results are presented in Table 4.

Table 4. The results of the joint impact of factors on the value uncollectible receivables

There are using different criteria to assess the model adequacy. Thus, apart from the coefficient of determination, and Fisher's ratio test there were also calculated other coefficients. They are presented in Table 5.

Table 5. Valuing the parameters of the equation for the t-test and P-value

The result is as follows: forecasted value of receivables that will not be repaid by buyers will be 996,325 tenge.

Thus, allowances should be established on justified estimation basis, because for management purposes it is equally harmful both underestimation and overestimation of the magnitude of the allowance. The use of economic-mathematical modeling techniques is considered as methodological recommendations for determination of the amount of allowance for doubtful claims.

Mathematical methods are essential tools in the analysis of economic phenomena and processes, in developing theoretical models that allow displaying the existing relations in economic life and to predict the behavior of economic agents and economic dynamics. Mathematical modeling is becoming the language of modern economic theory, equally understandable to scientists all over the world.

The mathematical model proposed in the article can be used as an additional source of information in determination the amount of provision for inventory obsolescence. Moreover, the use of computational modeling data will take into account the dynamics of changes in indicators and provide managers with information about the strength and direction of the analyzed factors on the resultant.