The role of motivation in language learning 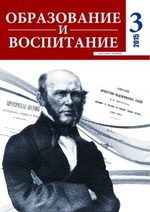 Motivation is regarded as an influential element in the success of any activity. It plays a crucial role in achieving the desired goals. The results of the correlational analyses indicated that students who had positive motivation and attitudes toward language study tended to do well on the module tests and to participate actively in learning English as the second language. Students’ learning behaviors were rated by teachers and language assistants subjectively, thus their ratings were not always the same. However, it was interesting and useful to hear how the teachers felt about the students’ participation in English lessons and individual meetings since their evaluations were generally not used for grading purposes.

A statistically significant correlation was not found between students’ motivation and attitudes and other achievement measures such as final exam scores and final grades, the lack of correlation may have been due to students having acquired “test-taking skills” by the time of the final exam. Other external factors may have been involved in determining students’ final learning outcomes, as Gardner [3] anticipated.

One thing that students, teachers, material developers, and researchers all agree upon is that motivation is an essential part of mastering a second or foreign language. The concept of motivation seems complex since it takes a respectable number of disciplines to arrive at a reasonable understanding of its facets. Dornyei [2] believes that the complexity of the concept of motivation resides in its endeavors to explain individual's actions on behavior which can not be accounted for by one panacea approach. The problem as Dornyie [2] asserts is not the lack of theories to explain motivation but rather the abundance of theories and models. Luckily, there is now a very substantial research literature available on the role of motivation in language learning. This article will overview as much of this research as possible, focusing on the most recent studies, and will highlight different facets of motivation.

As it seems motivation does not have a particular definition. Different people define motivation from different views and it may be due to the existence of different contexts of language learning, but the most important thing is that motivation is a key to learning a language.

In order to make the language learning process a motivating experience, teachers need to put a great deal of thought into learning programs which sustain and boost students’ interest and help them to achieve their term goal. Instructors need to plan and create interesting lesson in which students, become fully attentive. The use of interesting text along with activities can help to increase the motivation level of students. It is suggested that teachers should acquire strategies that help students to learn English to benefit them in their future career.

At university level this may include, any number of foreign exchange programs with other universities may help to motivate students to improve their target language proficiency. At the secondary school level, and especially in the senior years, this task may prove more difficult. For the foreign language teacher this may result in a certain level of frustration due to the general lack of interest and commitment by some students. Teachers need to create interesting lessons in which the students’ attention is gained. This can sometimes be accomplished by the use of teaching strategies which are not often called upon by other teachers in mainstream subject areas. Encouraging students to become more active participants in a lesson can sometimes assist them to see a purpose for improving their communication skills in the target language. Successful communication using the target language should result in students feeling some sense of accomplishment.

The use of an interesting text can also help to increase the motivation level of students in the classroom. Many texts often contain material which fails to capture the interest of students due to the heavy emphasis on vocabulary and grammar. Many foreign texts, however, which have been designed for EFL often contain topics which can create a great deal of classroom interaction and help to motivate students to develop their language skills. It is important for the instructor to take advantage of such discussion topics and help students to realize that, even though they may see no need to become proficient in a second language, the study of another language and culture can only enhance their perception and understanding of other cultures.

Probably the most important way to improve motivation is to use English.

Using English is fun. It is simply very enjoyable to use English to read a good book, understand a song, watch an interesting movie, get an answer to a computer problem, exchange e-mails with a native speaker, etc. The more someone uses English, the more he will want to use it. This is great, because using English is learning English.

Teaching foreign languages including English as a second language has been one of the most.

Advantages and Disadvantages of Authentic Materials Use in EFL...

...in teaching English as foreign language, the acquisition of the language becomes efficient and.

Landmarks of American Language and Linguistics, Volume 1. A Resource collection for the Overseas Teacher of English as a Foreign Language.

Teaching foreign languages including English as a second language has been one of the most.

Advantages and Disadvantages of Authentic Materials Use in EFL...

...in teaching English as foreign language, the acquisition of the language becomes efficient and.

Landmarks of American Language and Linguistics, Volume 1. A Resource collection for the Overseas Teacher of English as a Foreign Language.