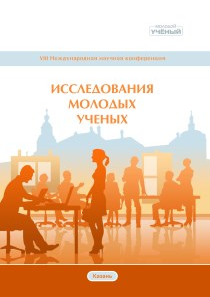 Today the globalization process has encompassed all spheres of human activity: from economic to social, from spiritual to political. Until recently, a globalizing world based on the ideas of liberalism and general democratization has not been criticized, being accepted as the only true and uncontested option. The feasibility of such globalization was called into question after the migration crisis that erupted in Europe recently, caused mainly by armed conflicts in Afghanistan, Libya, Syria and the demographic explosion in Africa and the Middle East. In fact, according to the World Population Prospects 2019, all of the countries that have over 2 % of population growth are those of Africa and Asia. Besides, it is also worth to note that Europe is the most wanted destination for migrants. Net migration estimates for Europe for the period of 2015–2020 topping at 6.8 million people (Northern America is the second with 5.98 million) are the highest in the world [1].

The European migrant crisis to a certain extent takes its roots back to Turkey’s refugee crisis that started after the 2010s when due to instability, large groups of displaced people, refugees and asylum seekers began flooding the Turkish boundaries from the East. Beginning from this period, Turkey became one of the top countries that host the highest number of refugees annually. Another interesting tendency observed is ‘approximately 90 % of all Syrian refugees have moved beyond the camps and into Turkish cities’ [2]. And there is no guarantee that these people go beyond the Turkish cities to their final destination — Europe. In reality, this is happening on a large scale. As a consequence, migration has become a real problem for the European Union.

Researchers mark the following as the causes of the European migrant crisis:

– armed conflicts in Africa and the Middle East;

– economic instability in these regions;

– the information revolution — the possession of information by immigrants about the possibility of family reunification, the procedure for obtaining refugee status in the EU countries.

Currently, some member states are forced to tackle increasing crime and immigrants' reluctance to integrate into society. In other states, there is a tendency to mass emigration of citizens, to an outflow of young and qualified personnel. This explains the need for the joint development of a strategy to regulate migration policy in the EU.

Indeed, ‘since the height of the migration crisis in 2015, the EU has implemented measures to better control external borders and migration flows. As a result, irregular arrivals to the EU have been reduced by more than 90 %’ [3]. Since then the EU adopted a number of documents that facilitated the policy on migration. The list of them is given in Table 1.

Documents adopted in the EU after 2015 on the migration policy

The European Union is doing a lot to solve the issues related to migration. However, the migration crisis is a multi-level problem that cannot be solved without coordinated efforts. On the one hand, the EU has proclaimed the course in which the human rights is of a paramount importance. On the other hand, the position of national states in relation to migrants who violate public order is becoming tougher, which, of course, leads to a restriction of the rights of migrants. A well-coordinated migration policy, which the EU so desires, is vital to provide support to the states that are the ‘primary European points’ for receiving migrants (Greece, Italy, Croatia). Refusal of support may lead to an increase in nationalist tendencies in these states and subsequent exit from the EU.

In order to improve migration policy, the structures of the European Union should toughen the legislation for newly arrived immigrants, for individuals who have committed offenses in the EU, as well as for illegal migrants. An important element of the new migration policy should be integration, but in a more intensive form: a clear concept should be formed to ensure the balanced relations between the local population of the EU member states and migrants.