Traditional World View of Kazakhs expressed in Discourse of Wishes 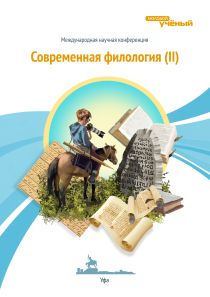 Traditional culture of every nation expressed in music, literature, customs and rituals reveal folk specific world view and relationships among people within a society that, in its turn, is based on the main human moral values developed and passed from generation to generation purposing to prevent human extinction. In this article we are especially interested in features of national uniqueness shown in the language, for it is the important tool of perceiving world surrounded, analyzing its destiny turns and functioning of natural laws. More over nomadic way of life made people save social and cultural heritage mainly in speech patterns, which as a result of it, have been expressed in great deal of colloquial speech samples.

In Kazakh nomadic culture linguistic picture of the world and the place of a human in it can be particularly viewed through folk traditional genres as wishes and blessings. Here “world” is recognized both as an interaction of a man and nature surrounded, and as a result of information collected and processed for a long period of history.

Belief that “word” is not only the source of keeping information about the universe around and transmitting it from ancestors in past to descendants in future, but that the reality is made, first of all, by word calling to life objects needed, predetermined occurrence and development of such folk traditions as good wishes and blessings. In Turkic culture where during ages word has been a way to discover and develop the world, integrity of triad “thought- word- act” was significantly strong and indestructible [1, p.6].

In this short article we are trying to reveal some features of Kazakhs picture of the world through one piece of the unique national genre as ‘bata’ (synonyms: ‘algis soz’, ‘tilek’)- traditional Turkic blessing. Good wishes and blessings are some speech acts used at, before or after some specific events according to the reasons of occasions: celebrating birth of a baby, arranging marriage, building home, buying something, leaving for a trip, starting business, welcoming guests etc., which were evidently originated from prayers, spells intended to influence super-nature (spirits, God, devil) and through them the world itself [2].

Intention to protect and keep human save, call good luck and set on the right direction, etc. brought to life such genre of folklore known as blessing or good wish.

Kazakh blessings are patterns, often poetical and using metaphors, aphorisms of wishing good, giving advice or directions for the future with always positive semantic ever applied to definite person, though there are common, unified wishes containing universal intentions which can suit everyone. Bata- has ever been an integral part of eating etiquette and all customs of life cycle. This genre of folk culture is the least changed in spite of modernization of Kazakh society. This tradition is still kept both in cities and in the country.

In nomadic culture where word has been especially respected the abundance of speech patterns has formed the unique genre of blessings that can be classified as:

and great deal of others.

Hidden in tongue unique ability for modeling the world wished could be realized by poetic speech enriched by a metaphor, aphorism and even parable. Here is stated one sample of good wish chosen among many others.

“Oak tree is thick (wide) and despite its leaves are thick, when strong wind(storm)blows- it can be pulled out from under ground with roots up. As for birch, though it is thin and gentle, after storm it quickly recovers (because can bow, bend, be flexible) and stays the same oiling again its leaves by sunshine.

Let a hero of this occasion appear like birch- when in life and business any troubles and trials occur- remain a strong, respectable and true mate.

My friend, let your honor rise, your deeds flame like fire! Be respected and happy, live long surrounded by sons, daughters, relatives and friends!”(trnsl. from author)

A tree was a symbol of a tribe in traditional Turkic world view [3, pp.8–30]. Social relationships and links to nature were described by this universe. Trees and plants served indicators of time making visual change of seasons as well as life boundaries. Semantic base lays in “likeness” or “identity” of human and plant through: seed, bud, branches, young stalks, trunk, roots etc.

If you travel about Kazakhstan here and there you can see trees with colorful pieces of cloth tied to tree branches.

No wonder that the main symbol in the following discourse of blessing is a tree. Tree in nomadic culture always symbolizes life itself. Roots of a tree — low world- mean ancestors. Trunk-present time- means living humanity. Branches with new leaves- young generation- are future descendants. Like tree human comes to this world, lives and returns into universe. This is way which unites every man on the earth. In kosmogonik view of ancient Turks world was divided into three: higher, middle and underground levels. Just unto these three levels horizontally is put symbol of the world- tree [4].

Mythological world had its center in the place where earth and sky came together. World mountain- Askar Tau was situated there. World tree- Baiterek grew on the top of it. The tree was just the vertical structure of universe. Baiterek was the very axis of life and symbol of existence, well- being [5, p.322], [6, p.83]. In Nogay (descendants of one of Turkic tribes) culture human death has been often compared with a tree tumbled down [7, p.93].

Baiterek was not just a common tree, but the way to Heaven, to the throne of Great Tengry [8]. The ‘bata’ above represents world view of Kazakhs through symbolic things: two kinds of trees, where one is big and strong; while the other is slim and delicate. World of trees shows division into different kinds of nature according to “hard” and “soft”(deciduous and coniferous). The same is with humans: some are strong, like oaks; others- are not visually, yet can survive in hard times. Here oak tree is like a person who tries to fight against hardship without being pliable and flexible or gives in facing trouble. When trials and difficulties come it is better to step back and have time of rest, because power a person is going to strike against can appear more dangerous and unpredictable than had been expected and can destroy and break everything on its way. As we see, great storm can ruin human without giving a chance to leave a generation after. Just in opposite, birch is like a person that can become obedient and soft when experiencing hardship; can accept situation without rising against; can be patient flexible till difficulties pass away. This way of behavior means life and opportunity to survive and stay long enjoying time given. Strong wind, storm here is great and evil power, blowing away everything and everybody on its way, can appear suddenly and unexpectedly from nowhere. And the intention of this blessing is to warn and encourage human to stay strong and steady, be patient and complaisant if needed, because every storm has its end and life is going on again. Logical understanding of world is shown in the ‘bata’ through good and bad that takes place in real life and wise attitude to these things. Educational moment is realized in comparing two pictures: of oak tree and birch- the result of two different attitudes to difficulties that can teach a good example to behave and learn. Thus, through just a little, but amazing Kazakh blessing we have a short glance at one tiny piece of manifestation of Kazakh picture world, people`s traditional way of thinking, specific attitude to eternal matters, special traits of national character and hierarchy of social values. This very pattern clearly represents the main features of standard cultural heritage mentioned above for the language reflects, fixes and transmits national information gathered in reality, being the main source of ethno-cultural information. This cultural heritage prevents society from extinction and serves as a source for both surviving and well-being of humanity as a whole.