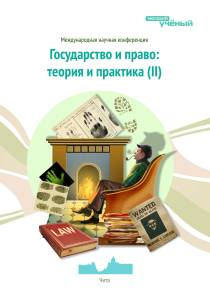 Historical analyses of an intelligence activity reveals, that world empires to their own interests helpful, are constantly working for expansion of territorial control, which is the base of the financial and military strength.

From the ancient period to the present day, the organization’s activity of an intelligence and counterintelligence is granted with an important role; because of successful events in this direction are the main bases of territorial control or its enlargement insurance.

In this regard, before our BC period, one of the important and interesting subject represents the Roman Empire, where an intelligence and counterintelligence’s ways of activity and method were featured and also their supporting legislation.

Before our BC period, social-political development processes of Roman Empire were progressing in the background of constant political-economical tension and hostilities. Exactly the high level of intelligence and counterintelligence coordination was providing the high level of development. But the disruption of this coordination was the main cause of Empire’s decomposition.

In old Rome during the activity of an intelligence and counterintelligence, there was functioning the strategic importance bridge’s building service. Also collection the information of living rules of the people who were living in the territory which was controlled by the Empire.

In 391 [1] year before our era, during the hostilities with Galleys, it is significant such an intelligence and counterintelligence activities as they are:

Romanian error in the direction of counterintelligence; during the process of study of strategic territories and disinformation which was used by the adversary to siege the military force.

In the direction of intelligence, a successful recruitment in the implementing siege of military force, from which in the first stage of captured sub-unit informational insurance, and in the following stage it was possible to raise the siege.

For the purpose of removing informational vacuum, in 105 year before our era, as a result of diplomatic negotiations, the Roman Empire was able to collect such intelligence information, as they are: Spread of houses of Numidiel soldiers (during hostilities, exactly theses houses were the main target of damage), construction, quantity of armed soldiers and the type of equipment.

Before the planned war, in 55 year of BC, diplomatic mission had been sent in Britain for the intelligence purposes made it possible to mobilize public opinion about the obedience of Rome with Britain’s own will.

In 100-14[2-3]year before our era, it is signified active counterintelligence organization, when in the Roman Empire there was constant political tension, which was supporting the slave’s constant rebellions and increased the dangers in Roman Empire.

In this period for the Imperial government most unacceptable political figure was the Senator Tsitseroni,[4-5] who simply could mobilize desired public’s opinion.

For suppression of Tsitseroni’s activity, Roman Empire has received proper law, according to this law, he did not have right to approach 500 miles from Rome, also granting Asylum from the population, even he did not have the right to use water and fire. In addition, one portion of the property of Tsisteroni was burnt and other was sold out.

Except the discussed intelligence and counterintelligence directions, information under the secret services of Roman Empire was subordinated to: Empyrean residents and officials sentiments, dependence of political events and conquered nation’s morals and manners.

Counterintelligence organization should be regarded as a result of private insurance of Imperator and high-ranking imperial officials, also functioning of Pretorianels guard, which had been fulfilling also the police functions. “Special privileges were used by Kohits, they were accepting high salaries and were serving longer, than common legionnaires, especially Kohits were providing police services”. [6]

Intelligence and counterintelligence activity’s one of the contributing factor in the Roman Empire against the Imperial door, was the classification of treason, according to which such treasons were: treachery, reveal of military secret, disobedience of order, help of enemy, spread of rumors and superstitious, destruction of buildings, bribery, falsification of document, break an oath, non-fulfillment the law, bad performance of soldier’s duty. In this regard, an important role also was the legislative insurance. This period also covers the creation of laws, which were aimed for rising the weakened Roman morals and manners, also for improving demographic and moral condition and for prohibition of Emperors movement inside the Empire without special permission etc.

In an intelligence and counterintelligence organization punishment was also very important role. With above mentioned crimes most remarkable were: death penalty, exile, expropriation and other.

In that way, in the period before our era of Rome we have: