Challenges of manned missions to Mars

Challenges of manned missions to Mars

I think humans will reach Mars, and I would like to see it happen in my lifetime

Year by year, the prospect of sending a manned spacecraft to the Red Planet is transforming from theoretical to practical implementation. Such a serious step as the conquest of a space object so distant from Earth, urgently requires joint forces of not only major space powers like Russia, USA, China, but also of private space companies. A successful flight of this complexity will not be possible without a conglomeration of the best scientists of the world, as well as additional funding for NASA.

Humans’ survival in the inhospitable space environment totally depends on the technology, specific expertise, specialized skills and available equipment [2, 4, 5]. Currently, engineers and scientists are working hard to develop the technologies astronauts will use to live and work on Mars. Today it is technically possible to deliver people to Mars; however, it is much more difficult to get them back to Earth. To do this we either have to carry a dual fuel supply, sending a second cargo ship with fuel that will be very, very expensive, or wait until astronauts are able to produce fuel from locally available resources on Mars.

The trip to Mars would probably take between seven and nine months, and the same time back. The entire time the astronauts have to be protected. However, scientists and experts stress the importance of the following difficulties that haven’t been solved yet:

-        fuel storage (development of new technologies that would allow storage of propellant in space);

-        risk factors of radiation (solar radiation would accumulate in an astronaut’s body, raising his or her risk of cancer;

-        microgravity (weightlessness causes muscle loss, bone and calcium degradation and swelling of the optic nerve. If we don’t introduce new technologies to support astronauts’ health during zero-g, they might arrive on Mars weak, brittle-boned, and possibly blind);

-        landing on the Martian surface (we need technologies to slow a landing vehicle down);

-        survival on Mars (astronauts will probably need to use the planet’s raw materials to provide fuel, oxygen and food);

-        Mars’ dust (the problem of keeping the human crew free of dust is rather challenging as Mars’ dust is considered to be toxic);

-        psychological issues (isolation from home and no prospect of rescue may lead to mental problems, depression and reduction of cognitive functions);

-        return flight (a spacecraft on Mars needs to have fuel to take off and return to Earth. It takes a lot of fuel and an expensive rocket to send the fuel to Mars for the return trip back to Earth);

Confined spaces, high speeds and the inability to set foot on solid ground can play a cruel joke with anyone, even the most trained person. It is difficult to imagine that the astronauts will have to fly about 6 to 9 months to the Red Planet, spend some time on it, then return for another 6 to 9 months. During all this time they will be in a small room under constant stress, 24 hours a day with the same colleagues whose communications cannot be refused. Of course, astronauts in space are always busy and have little time to think about something extraneous matters. However, such a long journey to Mars could greatly affect the psyche.

Despite the allure of the flight, scientists express doubt that the manned mission to Mars is safe for astronauts in today’s technical level. Many experts are worried about the problem of ultrahigh radiation emanating from the sun. Even during normal orbital flight astronauts try to predict solar flares and take refuge in special shelters available on board. Yet, for the many months of a Mars flight the crew receives a fair amount of harmful X-rays. A recent study claims that the human central nervous system is characterized by “an unexpected and unique vulnerability to cosmic radiation”, which can damage the brain to such an extent that it will reduce the effectiveness of the astronauts and subject them to long-term cognitive impairment [1].

It is in the planning stage that the astronauts will initially live in the ship and gradually build a city on Mars with its infrastructure and agriculture. This settlement will dramatically increase the chances of mankind’s survival, if, say, an asteroid suddenly falls on our “alma mater” or unprecedented outbreak of disease occurs [3].

However, there are issues that make it doubtful that the life of Mars’ colonists can ever be called attractive, giving rise to the question: will they have enough patience to survive in the unusual and unfavorable Mars’ conditions?:

It is planned that upon arrival on Mars the astronauts will settle into a more comfortable space complex where they could:

Yet, if someone wants to leave the complex, he will need to wear a special suit. Furthermore, humanity still needs the technologies we don’t presently have to support long life of Mars’ colonists to:

--        mine and process the Mars’ raw materials to construct space vehicles, and launch to other planetary bodies from the surface of Mars without wasting time and resources here on Earth, etc.

Thus, the majority of scientists claim that present technologies are weak in supporting single and return manned missions to Mars. We need to develop technologies that could save astronauts from space radiation, support their health in microgravity, technologies to support well-being of astronauts on Mars, building and maintenance of the future colony, and return flight of the people to Earth. 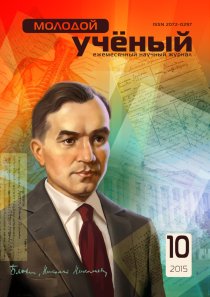