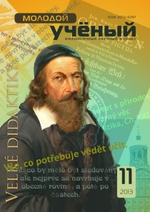 In past decades in order to existing crisis identity resulted from union of Soviet Republics fragmentation and problems resulted from transition, Moscow politicians couldn’t adapted a cohesive and stability strategy in front of disintegrated countries from Soviet commonwealth of Nation (CIS) by their foreign policy.

As a result, Moscow passivity and perplexity provided the field of divergent force supports and formation of unions inclined to west such as GUUAM union from this community. While Russia had problems, west states and American provided the field of their attraction in west policy, economical and security structures at this juncture of region states engagement for exist of Moscow dominance.

Having geo policy situation, geo strategic and geo economic of CIS countries, New Russian state could provide the field of attempt for CIS reinforcement and being weakness of GUUAM union that is CIS proponent.

In this direction, Putin’s government did wide movements that for best understanding it, first it is tried that at this junction of west governments aims, Moscow aims are considered including CIS information, the reasons of fall in past years, aims of GUUAM union’s information and foreign policy of Vladimir Putin the president of Russia in front of west government aims in Caspian area.

Americans were after oil resources and they wanted that other consumers of oil were various and reduce their dependence to Middle East oil. This idea induced Washington to present more active in Caspian region since 1990. Apparently the wide present in order to achieving a replacement in front of Persian Gulf was the benefits of petroleum companies.

Thus, increasing demand for petroleum and increasing the price of petroleum caused the main petroleum consumers including United States that attempted to find a new replacement. In this direction, Caspian region has been regarded to American politicians since 1990. A report from American National Benefits Commission in 2000 July stated that in world future, petroleum will be the most important required goods. This report stated that in other regions for Persian Gulf about making new oil resources must be noticed.

Also the mentioned report stated that oil resources of Caspian region are most important new oil center for universal consumption of petroleum, it seems that this region have vast resources and they discovered after North Sea.

In 1997, Sam Brownbanck, the member of American senate foreign relationship evaluated Caspian Sea as a new opportunity for Washington and declared that America have the main benefits in Central Asian countries and Caucasus.

He stated that this region is important for United States from the viewpoint of policy, economic and sociality. Thus, Washington State declared Caspian region as American “critical resources” region.

Dick Cheney in 1998 said that I can’t think about time that a region is more important that Caspian strategically. In order to developing American role in Caspian region, this congress in 1999 march approved “silk strategy”. The main aim of such strategy was that prevent from other powers in region Republics under control. Thus, American government stated a strategy as follow:

This American strategy was the main stance opposed Iran and Russia states.

Russia that was only alternative for removing petroleum of Caspian region for historical and political reasons could never lose such opportunity.

Washington’s attempt was that finish Russian monopoly in Caspian petroleum. Also, Iran for having geographical situation and required power in petroleum industry could have an appropriate and inexpensive way for removing Caspian petroleum to universal markets. But, in order to ancient political opinion from Revolution of Iran Islamic Republic in 1357, Washington attempted to separate Iran from this region.

The special advisor of Clinton Richard Morningstar and foreign minister Mrs. Albright in energy diplomacy of Caspian region in 1998 November stated that the aim of Washington is that finish the monopoly of Russia on removing region petroleum and gas by developing pipes.

He also declared that the aim of America is opposition with any petroleum pipe that passes from Iran or is any other petroleum chance that gives this country more effect possibility in region; in addition he specified that the aim is providing west energy security by various energy resources and also by helping to Turkey state.

After fragmentation of the Soviet Union and formation of fifteen independence Republic, Russian leaders took the necessary action for formation of “Commonwealth of Nations” in order to providing their benefits and preventing fragmentation of former structures in these Republics and making more effect of Moscow in 1991 December by two Republic of Ukraine and White Russian.

In 1993 October, Georgia Republic joined to this union due to pressures resulted from Abkhazian separatist forces and economical problems in this country.

The aim of Russia from formation of this union as follow:

(CIS) countries are very important economically for Russia. The main aims of Russian government that have mentioned in union documents, are making unique economical space, harmony in transportation system, citizen freedom of movement and establishing identical custom rules. In the beginning, there wasn’t more attention about Russian foreign policy, but from 90 decay and after westernizes thought failures about foreign policy, reinforcement of this union changed to one of the main aims in this country.

Moscow leaders found that the way of CIS union member Republic independence and changing foreign policy, economical, transportation strategy and their relationship with west, east and south could weakened Moscow situation in universal and regional level and could deprive from having energy and metal resources. Thus, reinforcement of their situation as a provider of economical needs and remember states technology and preventing their convergence with west structures and also transit of energy resources to universal consumption markets by remove lines of petroleum and gas pipes caused that the member countries change to appropriate markets for Russian goods.

The Russian inhabitant of these Republics undertake sensitive jobs in policy parts, military-industrial complex, armed forces, security services and play an important role in protection and continuation of Moscow influence.

This country is worried about vague future of inhabitant Russian’s fate in these Republics and developing migration into their land especially from Kazakhstan, Kyrgyzstan and Azerbaijan in order to nationalistic ethnic tendency and attempt of these states for Russian origin population assimilation within national ethnic. Thus, with various ways including extensive supports of diplomatic, non-diplomatic arrangement, this country is making an effort to achieve them political aims in these Republics by their rights.

One of the other Russia state after fragmentation of Soviet Republic union is preservation of former military forces for reasons of CIS common military forces. The aim of this merger was establishment of peace and security in region and protection of common boundaries.

This country for providing benefits and preventing United States aims and NATO in central Asian and Caucasus in 1992, in Tashkent with participation of Kazakhstan, Kyrgyzstan and White Russia, Uzbekistan, Tajikistan and Armenia coagulated common security agreement.

The existence of these forces and preventing military base plays an important role in Moscow influence and providing interest. This country in past decades was able to force using military power. (Support from rebels in the battle of Georgia State).

Thus, Russia tried that expand its activities in union of Soviet Republics region by sign of boundary cooperation agreement and prevent from threats.

This country has signed boundary agreements mutually with Armenia, Georgia, Kyrgyzstan, Tajikistan, Turkmenistan Republics and attempts that convince other Republics towards doing this affair.

First time that coincided with early fragmentation years, the role of this organization in control of situation and tension resulted from Balkanization was notable.

But in second time that some new political-security and economical parameters in these countries loom caused that fast development of these Republics with the world out of Soviet region and international organizations for construction of political and economical infrastructure must be obeyed.

Thus, leader’s despair of these Republics about promotion of economical welfare, entrance of new political and economical powers, fear of Moscow renewed mastery for Republics caused that reduce role and importance of this union and change to an organization full of conflicts and disagreements, as a result during past years, there have been two new organizations in this union.

1.                   Central Asian organization with the presence of four countries including Uzbekistan, Kyrgyzstan, Tajikistan.

2.                   An union consisting of Azerbaijan, Georgia, Ukraine, Republic of Moldova and Uzbekistan under GUUAM that absence of Russians in these unions is common and clear way.

The presidents of four countries including Georgia, Ukraine, Azerbaijan and Republic of Moldova established GUUAM union in the side of Summit of the Cooperation and security in Europe on 10 October 1997 in Strasbourg. Uzbekistan joined to these four mentioned countries in the fifteenth anniversary of establishing NATO organization in 1999, after that this union became famous to GUUAM with choosing first letters of country names.

These countries have signed agreement about problems related to providing security, mutual economical cooperation’s, cooperation’s with NATO organization, Caspian petroleum problems and its export by west axis and some custom tariffs.

Other reasons of this union’s formation were their common discouragement from Commonwealth Nations society function and risk of Moscow attempt for control of this union. The aim of these governments was reducing economical cooperation in CIS framework and its reinforcement in GUUAM framework and from the viewpoint of these governments, Russia plays imperialism role in region and its interference in making regional and ethnical crisis in Republic of Moldova, Georgia and Azerbaijan in observable and these countries attempted that use replacement resources of energy in Turkmenistan and Azerbaijan.

The aim of GUUAM is deepening security cooperation outside of CIS and cooperation with west security organization such as NATO and Summit of the Cooperation and Security in Europe.

Ukraine was the first country that participated in “cooperation design after NATO peace” on 1995 February, the mentioned design after fragmentation of Soviet by west countries in NATO meeting on 10 January 1993 in order to developing NATO security influence area and providing the field of remembering east European countries have been performed in this organization.

Except for Tajikistan, most of member countries admitted as a member of GUUAM and managed common military maneuver with the presence of NATO forces in their hands. In addition, wide cooperation appeared between America, Georgia and Turkey towards modernized military forces of Georgia and reinforcement of its boundaries, Turkey has convinced Georgia and Azerbaijan that participate in construction of Baku-Ceyhan pipeline that have America support.

Secondly management and directing of crisis can be used as control of region country foreign behavior. The example of this policy is a policy that adapted this country in front of Karabakh and Abkhazia crisis.

Thirdly it provides the field of element weakness. In this direction, the weakness of GUUAM changed into one of the important foreign policy in this country.

Result: Russia federation as one of the heritor for two superpowers of cold war times has attempted that has an important influence on international system evolution and has tried in the direction of reinforcing relationship and cooperation with area’s countries. Thus, in past years, reinforcing region tendency method has been one of the most important Russia foreign policy characteristics that formation and reinforcing Shanghai cooperation organization system, reinforcing independence Commonwealth Nations, reinforcing good relationship with Iran Islamic Republic are obvious examples. As Russia play an important role in expanding Iran, India and Pakistan that act as inspector member of this organization, it could play active role in defense-security level and region challenges.