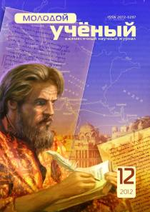 The aim of this study was conducted to determine the relationship between self-esteem and general health of the Iranian high schoolboy’s students. The correlation of 293 students selected at multi-stage random sample of high school students was computed. The data included demographic information, the questionnaire Esteem, and Goldberg‘s General Health Questionnaire. Using descriptive statistics, and Pearson correlation and analysis of variance, data analysis was performed in Spss software.

General health and self-esteem were correlated. The area of anxiety and asleep disorders had the highest mean and it seems using educational strategies are essential in order to reduce anxiety.

Adolescence is an exciting and challenging period. During this period, all teenagers facing the most stressful factors and the need for adaptation; consequently, they must have mental health and greater self-reliance. So, they can be successful in their school and ultimately in their careers. Personal characteristics, educational and social requirements in some social-economic factor scan be considered the confounding variables in educational status [1 and 3]. Having self-esteem, is one of the normal personality traits. Self-esteem is the degree of approval and a value the person feels about himself or herself or the judgment that has in relation to his/her personality [23]. Self-esteem is the concept that has been studied by many psychologists. Many concepts such as, depression, loneliness, anxiety and self-esteem are considered as negative concepts and other factors such as, being efficient, the feeling of empowerment and academic achievement are reported as positive concepts [4and 17, pp. 13-65].

Every person needs self-esteem regardless of age, gender, cultural background, and the type of work that need in life. This factor virtually could affect every aspect of our life and those who usually feel good about themselves, has the same feeling about their lives. They can confidently face the challenges and the outcome of their responsibilities in life [13]. Undoubtedly one of the most important reasons for the self-concept research is its potential impact on health. Studies that devoted to the study of self-esteem have revealed that self- Esteem damaged cannot tolerate the conditions or difficulties that people encounter in everyday life. The outcomes of these situations will have detrimental impact on their mental and physical health.This evidence suggests that distorting reality is caused by the outcome of individual consequences range including the factors such as, anxiety and depression cases, mental and physical dysfunctions, problems of Good communication and exaggerated behavioral responses such as substance abuse, and sabotage. Undoubtedly, some of these outcomes increasingly increase a person's vulnerability; in this case the interpersonal and social system consequences of a normal life get collapse [10 pp. 57-68]. According to the importance of self-esteem [11, p.7], according to Charf’s, Ericsson believes that having self respect is necessary for the successful adolescent’s period. This period is the formation of professional relationships, social cooperation and friendly relations with other persons. Other researchers have shown the relation between self-esteem and demographic variables such as self-efficacy [23] commitment [20] life satisfaction [14], mental health [5]. In general, self-esteem has an effective role in mental health, and in many researches the emphasis is on the role of self-esteem in emotional adjustment, emotional, social and psychological stress [16, p.40-90].

Academic failure is caused by Anxiety, depression and physical problems and in general poor health [2]. General studies have shown that the most effective factor about having positive feeling is the reason of behavioral healthy growth, academic achievement and also, prevent disorder and confusion. In recent decades the widespread of self-esteem’s importance and its impact on healthy growth,has been the center of psychologist’s focus and considered as one way of enhancing self-esteem [21, pp.183-188]. The relationship between general health and self-esteem has been investigated in several studies, but the amount varies greatly between them.

This study was done primarily on students, but in Iran these studies were limit. This study was held to determine the relationship between general health and self-esteem of high school boy’s students.

This study is a correlation study, and the populations were high school boy’s students. The coefficient was estimated around 0/5, and the 95% confidence level according to the multistage sampling, was estimated 293. According to multistage random sampling method and by students’ name list, the samples were selected and questionnaires were distributed. The data collected in this study included demographic information, self-concept questionnaire (cooper-smith) which was contained 25 specific questions with yes and no answers by a score of zero and one [8].

Goldberg’s General Health Questionnaire (Goldberg health question Naire) that consists of 28 multiple-choice questions in four domains: depression, anxiety, somatic symptoms and social dysfunction and with scale of repetition action, a much lower than usual, less than usual, as always, provided more than usual and it was assigned scores of zero to three. The total score for each domain and the total score of 21 and a total area of ​​ 84, the highest score indicating the lower general health [11, p.191] the validity of the final English version of both questionnaires was confirmed in several studies. The final coefficient of self-esteem was 0/79 and the last coefficient of GHQ was 0/96 and the subscales of depression, anxiety, somatic symptoms and social dysfunction were 0/94, 0/90 and 0/89 and 0/78 respectively.Spss-15 was used in data analysis and using descriptive statistics, Pearson correlation coefficient. T-test and ANOVA were performed in order to compare two or more groups.

The mean and standard deviation of students’ self-esteem were 35/9 7/7.

Table 1; The mean and standard deviation of four areas of the students’ general health

Table 2; Correlation coefficient of the mean of the students ‘self-esteem and physical signs

Table #3; Correlation coefficient of the mean of the students’ self-esteem, anxiety and sleep disturbance:

Table #4; Correlation coefficient of the mean of the students’ self-esteem and depression:

Table #5; Correlation coefficient of the mean of the students’ self-esteem and social efficiency disturbance:

This investigation is accomplished to examine the effect of self-esteem on the general health of the high schoolboys.

This research presents that there is difference between the students’ self-esteem and physical signs. Data of this Hypothesis was analyzed based on Pearson’s correlation coefficient. The correlation coefficient of the data in the table #2 is (-0/125), that is significant according to statistics. Therefore, it is concluded that there is a significant contrast and reversed relation between self-esteem and physical signs of the students, which means, by increasing one of the variants the other variants would decrease, that is by increasing physical signs, the student’s self-esteem would decrease.

This research explains that there is difference among the self-esteem and the students’ depression.

Data of this assumption is analyzed based on Pearson’s correlation coefficient. That is, there is significant contrary and reversed relation between self-esteem and the students’ depression. It means by increasing self-esteem, the depression of the students will decrease and vice-versa.

According to this investigation there is a difference between self-esteem and social efficiency disturbance of the students. Data of this assumption was analyzed based on the Pearson’s correlation coefficient.

Based on Zare’s study on the students of the Medical Science university of Shiraz, negative average (-0/59) significant correlation coefficient was obtained between self-esteem and general health[25].Also, Rezaee’s study that accomplished on the working women in Zimense factory of Shiraz and household women, indicates that the significant relation between self-esteem and mental health in women was less than 20/05.Also, Lavasani’s study that accomplished on the teachers of the Tehran university preschool, indicates that there is significant difference between self-esteem and mental health of the teachers [12].certainly, the research limitation can be involved in analyzing the results. Not responding of some of the students to some of the questions and the deduction of the samples was one of the research limitation. Also; lack of motivation for answering to the research questionnaire was another problem of the research. Doing the research with large number of samples and applying the involved variants and controlling the extra variants are the best choice to achieve superior results.

Comparative researches in other universities can remove the ambiguity of the subject.

To evaluate the motivational needs of physical education teachers in...

To investigate and describe the data, descriptive statistics (Table data, percentages) and for comparative analysis data, the methods of inferential statistics (t-test and ANOVA tests with...

Furthermore, I conducted a one-way analysis of variance (ANOVA) to examine whether anxiety scale’s scores were related to the grade of the students.

Furthermore I conducted a one-way analysis of variance (ANOVA) to examine whether enjoyment scale’s scores were related to the grade of the students.

To evaluate the motivational needs of physical education teachers in...

To investigate and describe the data, descriptive statistics (Table data, percentages) and for comparative analysis data, the methods of inferential statistics (t-test and ANOVA tests with...

Furthermore, I conducted a one-way analysis of variance (ANOVA) to examine whether anxiety scale’s scores were related to the grade of the students.

Furthermore I conducted a one-way analysis of variance (ANOVA) to examine whether enjoyment scale’s scores were related to the grade of the students.