Some Events about Koran of Usman 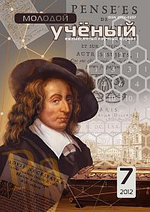 For some time past interest to the ancient manuscripts of Koran and to their especially important part – group of manuscripts, urgent „Koran of Usman “, grew notedly.

A Koran of Halif Usman is not only in the moslem world but also among the believers of other religions and confessions. Poverie bytuet, that to the ruler, Koran of Halif Usman will get in the hands of which, victory accompanies. In a country, where he is kept, the world and prosperity establishes.

In this article historical information is presented about appearance of Koran in our country is Uzbekistan.

According to legend, separate verses and surys Korana arose up as disjoint a record the people of utterances of Mukhammed on different material (skin, palm leaves, camel shoulder-blades, flat stone).

From a copy, written with the hand of Zayd ibn Sabit, made three mines and sent in cities Damask, Kufa and Basra [ On other version, it was made 5 or 6 lists. see: 4. 89 – beta . ], and a basic copy, known under the name “Imam”, remained in Madina for a Halif. All of these lists name “ Koran of Usman”.

In Koran of Usman was 353 sheets, breadthways 68 see, in 53 see high: a text is occupied by 50x44 sm. On every page for 12 lines. Written on thick parchment one side of which is smooth and yellow, other – white with shallow wrinkles. The primary black of carcass changed and became darkly – brown. A text is written with the large beautiful handwriting of “kuf”. Nadili of in subletters sign (khamzi, maddi, tashdida, sukuna and other) meets nowhere.

In obedience to legends, khazrat Usman beat brutally killed above reading of Koran and his blood was poured on ayat: “And Allah will deliver you from them: in fact he – hearing, knowing” (Fasayakfikaumullou va uval – sami'ul aliym ). There are versions that exactly copy of Koran which is given a reddish hue to his blood, now kept in Tashkent [ see: 5. item 34., 8. st.10., 4. 89 – beta. ]. It gives Koran the special value and holiness for moslems.

Why did Koran beat complete in a rule new ruler of Usman ? Because at this time there is disintegration of islam among agams (not arab) and all of arabs study Koran at seven lakhgi. From – for it there are many problems. To settle these problems all of sakhabi (receiver Mukhammad). Set all the moslems study Koran at natural lakhdzhi.

Our the Tashkent list has bloody spots also, that at one time served as evidence of his belonging to the Halif Usman.

In the last century Koran of Halif Usman became the rarest monument. He was saved foremost in town Madina. After rule Halifes where – that was carried the capital, Koran transmigrated there. In next age, after disintegration of Halifat, information was not about Koran of Usman. Nobody don’t know in what library he saved. By reason beat internal position that. The following is writtenin in a historical source : “On Koran of Usman beat bloody spots, he was saved for his son Khalid, and farther than him kept a generation”[ 10. 5 – beta.].

About that, how a sacred book got in ancient Maveraunnakhr, there are a few versions. In obedience to one of them, Sakhibkiran Amir Temur after win above the Turkish sultan Boyazid took out Koran from Basra to Samarkand. On other version, one of myurid of Khodzhi Akhrara returning from a pilgrimage to Makka, got in Stanbul and brought through a sick sultan from nasty illness, for what got this Koran in a reward [ 9. st.121.].

On other version among the population of Samarkand, Bukhara and other cities of Turkestan there are different legends about that he beat brought to Samarkand the known theologian Abu Bakrom Kaffal (died in 976 and buried to Tashkent ) is scarlet from Baghdad and, passing Abu Bakra from descendants – to Khodzha Akhrar, which placed Koran in the madrase built by him [ 2. st.21.].

On a version doctor of James Koran of Usman took out from Gold Horde in Samarkand. 1243 the Egyptian sultan Baybars mailed the king of Gold Horde khan Berka a letter about entering into citizenship and submission (hell – dukhul fi is l – iliyya va – ta'a) [ 7. st.51.]. Soon the Egyptian ambassadors brought gifts in Horde: honoured clothes, throne, encrusted an ebony, ivory and silver, and „Koran of Usmana“. In April, 1391 in a battle on the river of Kondurcha Timur utterly defeated hordes. His warriors took out a fantastic booty, ransacking not only Saray – Batu, the capital of Horde but also all of region [More detailed than see: 6. st.151.]. Moslem character of power scarcely could slip away from attention of Timur, which beat exceptionally attentive to the things such. We have all of grounds to suppose that Timur delivered to Samarkand the copy of Koran, at one time brought in Horde from Egypt.

Supposition is most reliable, that a manuscript is brought Timur and included in his famous Samarkand mosque of “Kukgumbaz”, which beat destroyed during intestine wars. At the successors of Timur, this manuscript was saved only [Such idea was said of by the envoy of the Bokhara emir Yakh'ya Khodzha to general Kaufman. See: 9. st.73.].

It is confirmed by some information from writing sources. Famous Arabic traveler Ibn Battuta (1304 – 1377 y.y.), shortly before Timur breaking a secret in Iraq, wrote, that saw two lists of Koran of Usman: one of which was in the mosque of “Dzhami of bath-house of Umayya” in Damask, other in Basra, in the mosques of Ali, and exactly that copy by a blood-splashed, after reading of which beat killed Halif Usman.

After falling of dynasty of Timurs this Koran was kept during 400 years, or to 1969 year in the mosque of Khodzha Akhrar in Samarkand.

After the conquest of Turkestan Russia Koran 1869 beat a year passed from Samarkand to Petersburg in emperor's library.

A few copies were done in Russia, some of them are presented the rulers of row of the Arabic countries, shahs of Iran and Afghanistan, emir of Bukhara.

After 1917 the moslems of Turkestan appealed to authorities of Russia with a request to return Koran of Usman. In a that year a book beat sent to Ufa. In 1922 moslems again appealed to the government with a that request, and in August, 1924 in decision of the Folk commissariat Koran of Usman in the specially equipped carriage beat taken out from Ufa to Tashkent.

After creation of the State museum of history of Timurs, the copy of the Sacred book beat proposed there. Now habitants and guests of Tashkent are in a position to see the copy of this priceless book.

Divine Book beat independence of our Republic translated into the Uzbek language of Alauddin Mansur and published the mass drawings, and on the eve of decade of its Independence the perfectly designed translation of senses of Koran (with the text of original) went out in light, realizable Abdulaziz Mansur. Due to all of it the great spiritual legacy of humanity became property of our people.