The value of microsomal oxidation 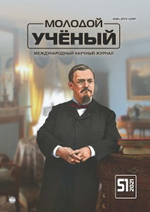 The role of microsomal oxidation in the life of the organism is difficult to overestimate or overlook. Inactivation of xenobiotics (toxic substances), decay and the formation of adrenal hormones, participation in the metabolism of proteins and the preservation of genetic information — this is only a small known part of the problems that are solved through microsomal oxidation. This is an autonomous process in the body that starts after the trigger substance enters and ends with its elimination.

Purpose of research. The research aims to trace the pattern of changes in the microsomal oxidation system during the inactivation of xenobiotics.

Analysis of literature. Microsomal oxidation — a cascade of reactions included in the first phase of transformation of xenobiotics. The essence of the process is the hydroxylation of substances with atoms of oxygen and form water. Due to that the change of the structure of the initial substance and its properties can be suppressed or increase.

Microsomal oxidation allows to go to the reactions of conjugation. This is the second phase of transformation of xenobiotics at the end of which the existing functional group will be joined by molecules generated within the body. Sometimes intermediate substance are formed, causing the damage of liver cells.

Reactions of microsomal oxidation occurs outside the mitochondria, that is why they spend about 10 % of the total oxygen that is entering the body. The main enzyme in this process is oxidase. In its structure, there are atoms of metals with variable valence, such as iron, molybdenum, copper and other, and therefore, it is able to attract electrons. In the cell, oxidase is located in special vesicles (peroxisome) on the outer membranes of mitochondria and EPR (granular endoplasmic reticulum).

The role of microsomal oxidation in oxidase type is to eliminate the xenobiotics and inactivate the biologically active substances. The formation of peroxide, which has bactericidal action and mechanical cleansing of the damage is a byproduct, which occupies an important place among other effects.

Oxidation reaction of oxygenase type is included into the three-component multienzyme complex involved in the transport of electrons and protons from the substrate with subsequent activation of oxygen. This whole process takes place with the participation of cytochrome P450.

There are only five oxidases:

— monoaminooxidase (MAOI) — helps to oxidize epinephrine and other biogenic amines produced in the adrenal glands;

— diaminooctane (DAO) — is involved in the oxidation of histamine (a mediator of inflammation and allergies), polyamines and diamines;

Flavin proteins are complex proteins consisting of a protein and a non-protein portion represented by a flavin mononucleotide or flavin adenine Dinucleotide. The protein part of flavoproteins has a large molecular weight and is strongly connected with the non-protein part.

Iron-sulfur proteins — complex proteins (actually a metalloprotein) containing non-heme iron and sulfur, which can be reversibly oxidized and restored (i.e., carry electrons), located in the lipid layer of the membrane; these redox systems are stable only in the composition of protein molecules. They can contain from 2 to 6 iron ions forming complexes of various compositions with inorganic sulfide and SH-groups of protein cysteine ​​residues.

Cytochrome P450 is an enzyme of the microsomal oxidation, heme-containing protein. It connects oxygen and substrate (normally xenobiotic). Its name is due to the absorption of light at a wavelength of 450 nm. The cytochrome P450 system is involved in the oxidation of both endogenous (steroids, bile acids, unsaturated fatty acids) and exogenous substances — xenobiotics («xeno» — incompatible, «bios» — life) — drugs, poisons, drugs.

The electron acceptor is cytochrome P450:

Hydroxylation of a xenobiotic makes it more soluble, thereby facilitating subsequent destruction and elimination from the body.

Regulation of the activity of the microsomal system is carried out at the level of transcription or post-transcriptional changes. Induction of synthesis allows an increase in the number of enzymes in response to the intake or formation of substances, the excretion of which is impossible without the participation of the microsomal oxidation system.

More than 250 chemical compounds that activate the body's microsomal oxidation are currently described. These include barbiturates, aromatic carbohydrates, alcohols, ketones and hormones. Despite this seeming diversity, all of these substances are lipophilic (soluble in fats), and therefore susceptible to cytochrome P450.

Conclusions. As a result of microsomal oxidation, substances are modified with the formation of functional groups that increase the solubility of the hydrophobic compound, which further helps their easier excretion from the body. As a result, the stability of cells and the body increases, and it becomes possible to maintain health and life in conditions of environmental pollution.