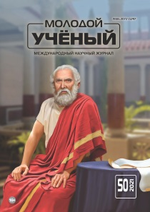 The article describes the difficulties in organizing the work of a psychologist working with children with intellectual disabilities. The article provides some recommendations on effective labor education for this contingent of students.

The most important task of society today is to maintain and strengthen the mental health of the child, to increase his ability to adapt to life. The growing number of children with intellectual disabilities requires the attention of health professionals, psychologists and teachers to address an important issue — their social and biological adaptation. An important element is to effectively organize the work of the teacher-psychologist with mentally retarded children to ensure the balance of the child's mind with the world around him, to perform social functions and ensure successful adaptation. The problems of correction, compensation for mental retardation, as well as the socialization of a mentally retarded child are related to the prevalence of this defect. One of the principles of the federal state standard for mentally retarded children is to create a favorable social environment for each child to develop and receive education in accordance with their age and individual characteristics, special educational needs.

About children with intellectual disabilities, L. M. According to Shipitsin, it is the level of cognitive activity of a growing person and in all its manifestations: knowledge, cognitive processes, abilities; it is realized as a result of the influence of living conditions and social environment on the child.

The success and effectiveness of mental development in the education of mentally retarded children is also determined by the fact that it is organized systematically according to the plan of the teacher-psychologist and is based on didactic principles that regulate the learning process. Among other means of mental education, the leading position of teaching is determined by the following conditions: software, all children with intellectual disabilities, the leading role of education, which systematically covers the methods appropriate to the age of children, teacher-psychologist.

At the preschool age, mentally retarded children are unable to meet the kindergarten program requirements and reach the required level of school readiness when they enter school. In this category of children, in addition to the impairment of various mental functions, the practical use of the speech system and speech elements occurs to one degree or another, which in turn limits the ability to transition to speech acquisition. Has difficulty understanding high-level and complex language patterns. Most children with intellectual disabilities have impaired or underdeveloped fine motor skills, general motor skills, and visual-motor coordination. Hand movements can be awkward, inconsistent. When working with this category of children, psychologists constantly strive to use new, most effective methods and technologies to correct children’s development and prepare them for school.

– creating conditions to ensure the mental and personal development of children with intellectual disabilities in the process of upbringing, education and socialization;

– to promote the creation of a social state of development appropriate to the individuality of children and to provide psychological conditions for the protection of the psychological and mental health of children, their parents, teachers and other participants in the educational process.

In the process of preparing the article in accordance with the purpose, the following basic rules on this issue were revealed. Corrective education by a psychologist is not an adjunct to general developmental work with mentally retarded children. This serves as a condition for overcoming or mitigating some of the difficulties arising from a biological disease, but it is also the basis for shaping the personality of a child with a developmental disability.

The developmental tendencies of mentally retarded children are similar to those of developing children as usual. Some disorders — delays in mastering object-related movements, delays and deviations in the development of speech and cognitive processes — are mainly secondary.