Risorgimento: the process of unification of Italy in the 19th century | Статья в журнале «Молодой ученый»

Risorgimento: the process of unification of Italy in the 19th century 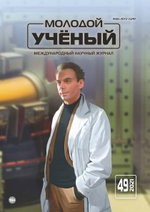 The article is devoted to a brief overview of the Italian movement of the 19th century, which was aimed at the unification of Italy. The study is enclosed in the framework of the conditional beginning of the Risorgimento and its logical conclusion, which was caused by the creation of the Kingdom of Italy. Moreover, the article examines the key events and personalities that significantly influenced the course of the Risorgimento.

Risorgimento (Italian: “Rising Again”) is a historiographic 19 th century term that often denotes the development of national identity and national movement of the people who inhabited the Apennine Peninsula. There are different points of view when this process arose, but it would be quite rational to take as a starting point 1815 — the end of the Napoleonic wars. At this time, Italy was perceived only as a geographical concept, so the unification of Italy and the emergence of the Italian nation were rather illusory ideas. Although it was Napoleon who conveyed the idea of the unification of Italy as something really feasible, creating an Italian kingdom on the peninsula in 1805 from a heap of scattered states that had been such for more than thousand years.

However, after the defeat of Napoleon, the Italian kingdom disintegrated again and in its place appeared nine states. The rulers of these Italian states were under the direct influence of Austria, and Austria itself became the undisputed leader in the region, which did not recognize the national identity of Italians.

The rulers of the newly formed states did not continue the progressive innovations of the French in the political and social spheres, they rather began to establish despotic regimes of a reactionary nature. Throughout Italy, there were Austrian troops and administrations who suppressed any rebellion and criticism. Austrians created a totalitarian police state, where it was forbidden to express an opinion objectionable to the Austrian government and where, moreover, denunciations and widespread censorship fully existed. It is natural that such a horrifying situation caused the desire for freedom, progress and global change among citizens throughout the peninsula [3, P.141]

Surely, there was disagreement and, of course, opposition to such a regime, but the opposition was very divided. There were various opposition groups, including secret societies, which had different approaches, but all together they were trying to achieve the same — political and social changes and not to allow stagnation and degradation of the political system in Italy. Nevertheless, despite the growth of revolutionary movements in the 20–30s of the nineteenth century, a definite idea of the image of a united and free italy has not yet been define

Giuseppe Mazzini, an Italian politician, was born in 1805 and played one of the most important roles in the formation of independent Italy and its unification. It was he who was the face of the first stage of Risorgimento. After graduating from university he joined the secret society of the Carbonari, one of the revolutionary-minded groups of people towards the regime. In 1830 he was arrested, where he began to think about creating a new organization that could free Italy from Austrian domination and starting a complex struggle for national liberation. In 1831 he organized a society called Young Italy, which became quite popular throughout Italy thanks to aggressive agitation against Austrian rule. A series of Mazzinian uprisings and expeditions took place throughout Italy in 1834–1837, followed by repression of Young Italy and its infiltration by police, which forced Mazzini into exile in London.

After a series of defeats in society, radical sentiment changed into two lines of thought: one viewed the church and the kingdom of Savoy as powerful means of spiritual and national unity in Italy; the other was liberal radicalism, which advocated a republican federation led by Carlo Cattaneo and Giuseppe Ferrari [1, P.63].

In 1847 a magazine with the participation of Cavour called «Risorgimento» began to be published in Piedmont. In 1848, a series of revolutions throughout Italy began, which were able to achieve the appearance of constitutional limiting on the power of the monarch. In Austria itself, significant rebellious sentiments began, in connection with which Austrian patronage in the region was suspended and the Austrian leadership concentrated on their country. The king of the Sardinian kingdom, Charles Albert, occupied Lombardy, Venice, Parma and Modena, while Tuscany and Naples supported him. In the end, he dared to declare war on Austria and it seemed that success for the Italian people was inevitable.

Nevertheless, after a while, Austria was able to resolve internal problems, defeated the armies of the Italian states and Charles Albert was forced to sign a peace. However, some Italian states in 1849 continued to resist the Austrians even after the surrender of Charles Albert. And in March 1849 Charles Albert again declared war on Austria and again was defeated and abdicated. Meanwhile, in Rome in 1849 a republic was proclaimed on the basis of a general election, and Mazzini began to participate in the government. All supporters of change rushed to Rome and organized its defense, but the Austrian and French armies occupied the city and put an end to the revolutions of 1848–1849.

Camillo di Cavour, who was a Piedmontese from birth, famous for the creation of his journal II Risorgimento, began to sit in parliament during the reign of Carl Albert. In 1852 he managed to become prime minister and he began to comprehensively develop the Sardinian Kingdom: he built new fortresses, increased military resources, reorganized the army, created trade relations with France, England, Belgium, Holland and Switzerland. Piedmont took part in the Crimean War against Russia, thereby declaring equality with other states. At this stage, Italian unity began to become realistically realizable. In 1858, Napoleon III and Cavour, at a meeting in Plombieres, formed an alliance, and also secretly negotiated a war with Austria. Moreover, there was a specific plan to establish a new state that would control most of northern Italy and would spread its influence over the entire peninsula, despite the fact that the papal and southern regions would remain independent [4, P.219].

In 1859, Cavour began to mobilize the armed forces, led by Giuseppe Garibaldi, who also recruited volunteers from all Italian states. In the same year, Austria announced an ultimatum demanding disarmament. Piedmont rejected and the Second War of Independence began. France joined on the side of Piedmont. However, Napoleon III requested a separate peace with Austria a few months later and withdrew from the war. Piedmont conquered some territories, but Austria also retained Venice and influence throughout Italy. After that, Camillo di Cavour resigned his premiership. Although he came back in 1860, the main role of the Risorgimento passed to another national hero of Italy.

Giuseppe Garibaldi was born in 1807. As a young man he participated in the society of Young Italy in 1833, but in 1834 he had to leave Italy in order to avoid the death penalty, which was threatening him for attempted uprisings. After spending over 10 years in South America and taking part in local conflicts, he, being an Italian patriot, decides to return to Italy after the news of the 1848 revolution. Wounded during the defense of the Roman republic, Giuseppe leaves Italy again. He returned in 1855 only after staying for some time in many countries, such as the USA, Great Britain and others. When the war broke out in 1859, he recruited volunteers and played one of the main roles in the war. In 1860, he gathered around him a thousand “Red Shorts” and landed his expedition in Sicily. He very quickly won a victory on the island and gathered additional support, and Sicily became Garibaldi's. Then he managed to win in Naples. At the same time, Victor Emmanuel II, who was king of Piedmont in 1860, captured with his army the rest of the Papal States, with the exception of Rome, and the armies of Garibaldi and Victor Emmanuel met. Giuseppe handed over southern Italy to Victor Emmanuel and declared him king, even refusing all awards.

A new parliament was assembled in 1861 and Victor Emmanuel was declared king of the newly formed Italian kingdom. The first Italian parliament sat in Turin, and a constitutional monarchy was declared in the kingdom. However, Rome remained in the possession of the Papal Realm. In the same year, Cammilo di Cavour dies, who will remain one of the three main creators of a unified Italy. Garibaldi, despite the opposition of the government of the newly formed state, continued his military offensives. In 1862, he tried to seize Rome from the Pope and the Austrians who supported him. He made the next attempt in 1867, but during the invasion his troops were defeated by the French, and he was arrested. After this he was exiled to Caprera, where he later died in 1882. Giuseppe Garibaldi, the great idealist, legendary military commander and one of the leaders of the Risorgimento, who managed to participate in the realization of his dream and observe it with his own eyes, became one of the brightest and most revered figures among the European revolutionaries of the 19 th century.

In 1866, Italian Prime Minister Alfonso Ferrero La Marmora signed a secret military agreement with the Prussian chancellor Otto von Bismarck, which implied a joint action against Austria. For participation in the war on the side of Prussia, Italy relied on Venice. And although the Italians were defeated by the Austrian troops, the German troops, in turn, defeated the Austrian ones, as a result of which the Peace of Vienna was signed in 1866 and the Venetian region withdrew from Austria to the Italian kingdom [2, P.51]

During the whole process of unification of Italy, the French garrison did not actually leave Rome, defending the possessions of the Pope. However, when France won an uncompromising defeat in the Franco-Prussian war in 1870, the French garrison was withdrawn from Rome. Victor Emmanuel II immediately invaded and captured Rome, and the Pope was isolated in the Vatican.

From that moment on, it is possible to say that the Risorgimento logically ended, leading to the formation of an independent united Italian kingdom, which previously Italian patriots could only dream of.