Biogas production in Azerbaijan and prospects for its use 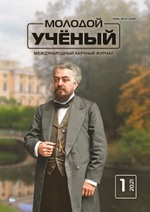 Bioenergy has been used since ancient times. Gases obtained with the help of different types of biological mass are called biogas. The green leaves of trees produce chlorophyll in a green mass by photosynthesis of sunlight. As a result of photosynthesis, simple chemicals are converted into carbon dioxide and water, releasing oxygen. Photosynthesis is the energy basis of biological processes. As a result of photosynthesis with biomass, it becomes a source of energy. This is usually thermal energy. However, it is possible to produce biomass, electricity and liquid fuels. The most common types of biomass are paper waste and wood chips. 130 billion tons of dry fuel a year is equivalent to 660,000 kWh of energy this year. The annual bioenergy demand in the world is 15,000 kWh. Half of the world's population produces energy using biomass. On average, 700 kg of firewood is consumed per person per year. More than half of the felled trees are used for heating.

World experience shows that in remote rural areas it is more profitable to heat homes using biogas. For example, the share of biogas in the total energy balance of Denmark is 18 %, in Switzerland — 10 %. In countries such as China, India, Nepal and Vietnam, small biogas plants are widely used. It should be noted that the composition of biogas is very close to natural gas and is obtained from the decomposition of organic waste by bacteria. Biogas is a gas formed as a result of anaerobic fermentation of biological mass, accompanied by the release of methane gas. Anaerobic fermentation is a fermentation process that takes place in anaerobic conditions. In any agriculture, enough manure, plant residues, various organic and animal wastes are collected during the year. They are usually used as organic fertilizers after decomposition. However, very few people know about the release of heat and gas during this decay process. Biogas, like ordinary natural gas, is used to generate heat and generate electricity. It is possible to squeeze it and fill the car. One cubic meter of biogas can produce 2–3 kWh of electricity. The main advantage of this method of obtaining fuel is the use of various household, agricultural and food wastes. In this case, the harmful gases released during the normal decomposition of these wastes do not mix with the air.

Use of bioenergy in world practice

70 % of the population in developing countries use firewood as an energy source. Can be used in manure as an energy source. Manure can be used not only as a fuel, but also as a gas by processing it. It is more effective when manure is mixed with municipal waste. Both types of mass are rich in microorganisms, from which it is possible to obtain biogas at a temperature of 50–60 ° C. This process is called fermentation because it is carried out with the help of an enzyme. The main component of biogas is methane. Manure fermentation is a device with a very simple design. Fermentation of manure is a very economical technology. One of the disadvantages of biogas is that it can explode and cause parasitic diseases in humans.

Currently, the main sources of raw materials for the production of biofuels are corn, sugar cane and vegetable oils (palm, canola and soybean). However, the use of these plant resources alone is not enough to produce energy products. According to the existing classification, there are several types of agricultural bioenergy resources, including biogas, biohydrogen solid biomass (wood, plant products) produced from agricultural waste.

There are also so-called second-generation biofuels. These include plant resources with high cellulose content. Current technologies for converting cellulose into biofuel (ethanol) are ineffective. However, it is believed that in the future, with the invention of such technologies, it will be possible to attract large amounts of bioresources for fuel production.

What are the disadvantages of biofuels?

Application of biogas plants in Azerbaijan

Since 2014, the solar and biogas plants installed by the Gunesh Science and Production Association together with the Turkish company Kiska Engineering to meet the electricity and heating needs of homes in the Ismayilli and Lerik regions have been successfully operating in test mode. Similar devices will be tested in other regions in the near future. This experiment, implemented in the framework of the project on the use of alternative energy sources in our country, is still applied in private homes. Although some parts of the equipment used for the pilot project were imported, the main work is being done in our country. Biogas plants are also used as treatment plants in farms, meat processing plants, distilleries and sugar factories. It should be noted that a medium-sized biogas plant can provide energy to a settlement with a population of 5,000 to 8,000. Azerbaijan is an agricultural country. Livestock and agricultural products abound here, and biogas is obtained from these products. There are already projects for the construction of large biogas plants in a number of regions. But the issue has not yet been resolved.

Biogas is obtained during waste disposal in Baku

Prior to the launch of Tamiz Shahar OJSC, which is subordinated to the Ministry of Economy and Industry, all waste collected in the capital was transported to the Balakhani Waste Landfill, where environmental rules and regulations were not observed. The waste collected here was rotting, burning, and the harmful substances were spreading around. However, Tamiz Shahar OJSC first of all carried out the proper placement of waste, grounding and leveling of the landfill, and completely changed the appearance of the landfill by planting greenery in the surrounding areas. Positive dynamics is already observed in the quarterly laboratory results of soil, water and air samples.

In addition, a number of studies and project documents have been prepared with the involvement of international consulting companies within the Integrated Solid Waste Management project signed between the Ministry of Economy and Industry and the World Bank to ensure that the Balakhani landfill operates as a sanitary landfill in full compliance with European standards. The waste is taken to 2 large isolated cells, dug for disposal and disposal. The wastewater here is collected through drainage and, after treatment, is used as irrigation and technical water. When the cells are full, they will be covered with special coatings and covered with a layer of fertile soil. Thus, the landfill will have a positive impact on the ecology of the area with its greenery, as well as create a beautiful landscape in the area. It is planned to increase the number of these cells to 19. In the process of waste disposal, the capture of biogas will reduce the amount of gases emitted into the atmosphere. Biogas will also be processed at a plant to be installed in the area and will be used to generate electricity or heat as alternative energy. It should be noted that the bottom ash generated as a result of the Baku Solid Waste Incineration Plant is also widely used as a construction material in the reconstruction of the Balakhani landfill.