Essence and contents of multilinguism in learning process 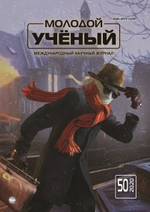 The problem of multilingualism, on the one hand, is considered from a social point of view, and we are talking about mastering two or more languages for communicative purposes in everyday life. On the other hand, multilingualism as knowledge of more than one language is the subject of research in linguistics, psychology and methods of teaching foreign languages. Change in value-target guidelines in education, the need for education to solve the problem of preparing graduates for the conditions of independent overcoming of difficulties sets the task of further improving the education system. The aim of the article is to study essence and contents of multilingualism in learning process.

In modern education, the position of the Council of Europe on the issue of diversifying and intensifying the study of languages in order to maintain linguistic diversity found a positive response, and multilingualism, multiculturalism were proclaimed as significant principles. Currently, the term «multilingualism» is used in the following basic meanings:

1) the functioning of two or more languages in a limited multinational territory;

2) knowledge and alternate use in accordance with the needs of the individual of two or more languages.

The terms «multilingualism» and «polylingualism» are used as synonyms for multilingualism. It is important to conclude that multilingualism occurs not only in certain conditions of living and working in a multilingual environment, but also as a result of a purposeful learning foreign languages. From a psychological point of view these processes are multidirectional. In this regard, we are interested in the question of the formation of multilingualism in specially organized learning conditions in its linguo-didactic refraction, from the point of view of the formation of multilingual speech skills of students of non-linguistic specialties of varying degrees of perfection. Multilingualism emerging in a non-linguistic university should be based on comprehension of the language system in general and on the ability to highlight the general and specific to each of the specific languages.

N. V. Baryshnikov believes that the formation of these cognitive structures «provides the formation and functioning of a universal system for mastering linguistic knowledge.

On the basis of the formed frames, the analysis and categorization of linguistic phenomena takes place, which makes it possible to compare the studied languages” [2, p. 30].

At the same time, English is basic, dominant, since the students speak it better than other studied languages. According to N. V. Baryshnikov and M. A. Bodonya, the dominant language “establishes hierarchical relations with the rest of the studied languages. Based on it, building a dynamic model of multilingualism... which ensures the parallel formation of autonomous languages based on the first foreign language” [2, p. 30].

Under the methodological basis for conceptualizing the concept «Multilingual competence» we consider a competence-based approach. The essence of the competence-based approach involves changing the formulation of learning objectives, i.e., presenting them and expected learning outcomes in the form of a set of competencies future specialist, reflecting different levels of professional tasks. In foreign literature, under competence imply «in-depth knowledge», «the state of adequate task performance», «the ability to actual performance of activities», the unity of knowledge, professional experience, ability to act and behavioral skills of the individual, determined purpose, given situation, etc., which does not reflect the content this concept in full [see: 3; 4; 5].

The competence-based approach in teaching foreign languages performs a methodological function and allows you to see what competencies are formed in the student in the process of learning foreign languages. Reliance on a clear system of general and specific competencies allows you to determine what knowledge and skills a student of non-linguistic specialties should master in order communication was successful, what development of the personality and its self-awareness will contribute to the acquisition of new linguistic and cultural experience.

Special education programs for multilingualism should focus on the study of a specific foreign language in combination with other languages. In this case, the goals and content in relation to each language included in the program can be both similar and different; skill level of one a foreign language most often does not correspond to the level of proficiency other languages; level of development of linguistic competence does not mean the same possession of the multicultural component.

Multilingual competence involves understanding the mechanisms of language and the presence of metacognitive strategies; the ability to identify similarities and differences in the linguistic organization of different languages. It improves understanding of methods and learning foreign languages process and develops the ability to communicate and act in new situations.

Multilinguals are ready to learn different languages, they can carry out linguistic analysis, understand the connections between languages and easily switch from one language to another, identify similarities and differences, isolate the necessary linguistic or cultural information. Thus, the nomenclature of objects is determined, subject to purposeful development in teaching and educational process:

– speech abilities (phonemic hearing, ability to imitation of sounds and intonation, a sense of language, etc.);

– motivation for independent study of foreign language sand cultures (acquiring a positive attitude towards them);

– readiness to form their own educational strategies;

– such character traits as hard work, dedication, activity, will, etc.

Speaking about the asymmetry of multilingual and multicultural competence, the authors of the «Common European Competences» emphasize, that such asymmetry does not mean a lack of aspiration for development: “It is about looking at asymmetric competence as to the multilingual component, as another step towards its improvement " [cit. by: 4, p. 128].

The asymmetry of competencies can be expressed, for example, in the possession of only receptive types of speech activity, and only in oral or writing it. This asymmetry quite often has place in cases when for certain purposes a person needs to extract special information from foreign language sources. Asymmetric development of multilingual competence is determined by the uneven development of its components: receptive and reproductive, polylinguistic and metacognitive. The user of multilingual competence relies on his existing social linguistic and pragmatic competences, which forms an understanding of general and specific principles of structure and organization of many languages.

To familiarize students with other languages and cultures their foreign language training is essential. Multilingual students in the course of their foreign language training need to form intercultural communicative competence, which implies mastering: linguistic and cultural competence reflecting the student's language / speech literacy, as well as his cultural awareness; cognitive competence, which presupposes possession of methods of comparative analysis of cultural phenomena; training strategic competence — special language behavior of a multilingual student when studying several languages, his active position in learning languages and cultures, finding your own methods and strategies, and behavioral competence, implying the student's ability / willingness to use languages as a means of communication and to participate in intercultural communication. Successful mastering of intercultural communicative competence is possible in the case of implementation a specially developed interculturally oriented technology, represented by the following stages: diagnostic, conceptual, projecting, forming and reflective stages.