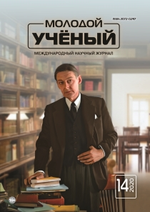 The article deals with the most common language units in heroic epics. A person's view of the world is expressed through language. The language picture of the world forms a world by language and ethnicity. The study of the language units of the heroic epic contributes to the revival of cultural heritage. The epic is a significant part of the spiritual culture of Kazakh people.

The entire life and history, beliefs and culture of each ethnic group are reflected in the native language. Language as an integral part of culture is a means that contributes to the formation of the inner world of a person. The culture, worldview, life experience and spiritual sphere of any ethnic group are realized through language. It should be noted that the texts of the heroic epic have been studied from folklore studies.The commonality and identity of the heroic epics influenced by the origin of the common culture, the territorial proximity in the formation of the heroic epic, and the similarity of factors of social development. [1]. In accordance with this, the similarity of the heroic epic leads, firstly, to the genetic community, and on the other hand, to the typological community. Similar features of epics among people are seen in their poetics and plot. It is also known that the name of the main character is usually named after the heroic epics, which is found among the people of Central Asia.

Folklore language attracted the attention of scientists as an object of research aimed at explaining the grammatical phenomena of the language until the middle of the XIX century. Along with the study the archaic sources of folklore works, linguistic analysis of their genesis, plot and motives, poetics and genre features, artistic images and folklore texts require language analysis. If we systematically study folklore texts, we will find traces of knowledge that have been ignored or forgotten. In this regard, the main aim of this article is the consideration of the language and cognitive basis of the heroic poem.

Language and cognition is currently one of the topics in the field of linguistics. Cognition is the activity of human consciousness aimed at understanding and reflecting the environment. A person perceives the state that occurs in the external environment through such mental qualities as hearing, vision, perception and awareness. And accumulated knowledge in the mind brings to light through language.

The field of «cognitive linguistics», which provides for the correlation of language and cognition, expands the scope of language research. The cognitive direction in the field of modern linguistics is considered as one of the important directions. In addition along with the study of the national language, this area covers the culture and worldview, history and knowledge of the ethnic group.

From the point of view of cognitivism, a person not only accepts information, but also stores it in his memory and interprets it rationally.

Knowledge formed under the influence of external conditions and the inner world is revealed through language, and a person creates a linguistic picture of the world. The objectives of the field of cognitive linguistics are:

The term» language picture of the world» is the main term in the field of cognitive linguistics and actively attracting the attention of researchers in the field of linguistics. The linguistic picture of the universe was first introduced into philological science by the linguist Wilhelm von Humboldt. According to the linguist, language “has its own internal form”. This was the beginning of the research of «language» as «a way of perceiving the personal world and expressing the people's worldview». According to N. N. Goncharova: “The element, i.e. an informema, is an element of the linguocultural image of the concept. The exhibit of the linguistic picture of the universe is ethnic language. " [4]. And «an ethnic language is a separate national language” [Yuri Rozhdestvensky] Following the idea of Y. Rozhdestvensky, we understand that the ethnic language is the language of an individual people, where “each type of literature has its own speech forms and its own content area. Moreover, all of them are performed in one language in the linguistic sense of the word, i.e. in the language spoken and written by the people who recognize themselves as an ethnic whole. ”

One of the peculiar trends is the consideration of the cognitive nature of language through language units formed in the mind of a person who speaks a language in the context of cognitive linguistics. In other words, knowledge or information formed in the human consciousness or mind not only recognizes it, also use them in linguistic communication. Through language units we know the history and culture, lifestyle and knowledge of a particular nation. And llinguistic units are defined by phraseology, proverbs, sayings and phrases. The culture of one ethnic group is recognized by the language of another ethnic group. It is natural for each nation to have its own national language, culture and history, the spiritual world, customs and traditions.

Mythologemes play a special role in determining the environmental perception of people living in this society through learning the language of heroic epics. The term «Mythologeme» is widely used in philological research. The author of the textbook «Linguoculturology» V. A. Maslova sees in the mythologeme that is «forgotten by human, but preserved in the innermost depths of the word and consciousness». [5]

At present, the nature of myths and beliefs play a leading role in the general consciousness of human. In particular, the customs and traditions of Kazakh people (ceremonies, omens, signs) aroused cognitive interest in the study of cultural heritage, revealed the most vivid pages of the history of Kazakh culture. The faith or sign found in the poems of the batyrs is inextricably linked with the main ideas of myths of public consciousness. Among almost all nation of the world, superstitions or signs are widespread among social groups. In a heroic song, people believed that faith has mystical power that prevents negative situations. While each faith is full of a particular myth, the myth is associated with the worldview and the world of people. If we consider the mythologemes which are closely related to superstition, they include: firstly, ideas about the supernatural sense of universal dualism of the world — the division of the Universe into the world of living beings and the world of spirits, the division of the world of living beings (animal world and mankind) male and female (and the male part of the world is concentrated goodness, and in female — evil); Second, the idea of the supernatural properties of physical space and time, as well as the numbers that represent them.

Obviously, studying the folklore and ethnographic heritage, the heroic song as a sign of recognition of the hero’s heroic deeds, reveals the image of people’s life in the rebirth of culture and history of the whole country. In general the words used in folklore are derived from the Turkic language. We notice that the words and phrases used in writing poems have passed several historical stages in the process of entering to our language and have acquired a certain Kazakh form. For example, if we consider the phrase “baba” in the holy Baba Tukti Shashty Aziz, a supporter and patron of the hero in the heroic epic: there are phonetic equivalents in the Turkic languages such as “Aba, Baba, Babay, Ata, Atai”, and it is used to denote the greatest relationship among men. In the dialects of Turkic and Turkmen languages, the words “aba, appa, abba” can mean “father”, as well as “ancestor, great-grandfather”. These similarities determine geographical proximity and blood-related relationships. Our wise people respected their elders, and to the honor of them, they used the word «Baba» in order to express respect. This word is used in our language in several senses:

1) As «patron, guardian, supporter», combining it with the names of saints (in the heroic poems «Alpamys» and “Kobylandy” when parents’ pray for the child»);

2) at the time of requesting assistance (in order to maintain the spirit of the ancestors).

The word «Baba» in the ten-volume explanatory dictionary is defined as " great-grandfather (argy ata, ulken ata)". [6] In the poem, the image of Baba Tukti Shashty Aziz is depicted as a supporter and defender of the hero.

The root of the epic is directly related to mythological thinking. The epic describes and summarizes the history of Kazakh people in the language of myth. The spirit is a separate part of the life force, a person, animal, plant or even celestial world. It is the driving force of any subject.

In Kazakh epos, the symbolism of numbers can be called one of the repeating phrases that have their own meaning in the knowledge of each nation. In particular, the number 40 in the poem «Alpamys Batyr» and the number 7 in «Kobylandy» are often repeated. The number seven, which is considered a sacred number among the people of the world, is recognized by Kazakh people as a symbol of life and death. The ancient ideas about the magical properties of the number 7 are based on the genetic level of the human. At this level, memory lives in every cell of the human body that has complete information about it. Academician A. A. Kaznacheyev hypothesized that four billion years ago, life on Earth originated as a field variant, so we should talk about the encoding of the Universe, all living things. The encoding of all living things was noted by the ancients and realized as a law from above, from the sky, from the gods, and the Kazakhs — from their great-grandfathers, ancestors. The Kazakhs' guess about the existence of a single code of the Universe is hidden in their rituals and customs.

To sum up, the heroic epic in the history of its development is being revived in terms of artistic and ideological content. The themes found in the language structure of the epic song increased the interest in the study of poem composition. And it is natural the existence of such thematic events and language words and expressions in the epic.