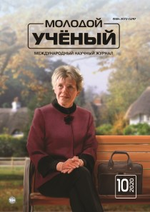 If admission to school is a “turning point” in the development of a child’s personality, then his transition to fifth grade is no less important and also “turning point” in the life of a growing student. No wonder the fifth grade is considered one of the most difficult for training and education. The fifth grader feels, on the one hand, much more confident and independent, and on the other hand, still helpless and largely left to his own devices, to his own forces that are far from strong. This internal contradiction in the development of a teenager affects his whole life and activity, creating a large number of rather conflicting aspirations and actions. In addition, the student begins to occupy a new social position, he can no longer and does not want to unconditionally obey the authority of his elders, he seeks to understand everything that adults offer or demand from him. In connection with the change in his position at school, his internal position also changes in the face of the difficulties that have surged over him related to the assimilation of educational disciplines. He faces the task of ever-wider and deeper generalizations, covering an increasing number of objects and phenomena. It is not immediately possible to comprehend the meaning of such generalizations, and therefore they do not immediately acquire significance for the student.

Along with this, the fifth grader will recognize several subjects at once, which creates new difficulties for him. It is important for him to comprehend the connections that exist between the taught disciplines: often, if the school has not taken care of this, he himself must look for these connections, the points of contact between one science and another. But the fifth grader has to understand not only the value of knowledge in a particular subject, but also what position he needs to occupy in the classroom, as well as in school, family and society. The desire for self-affirmation becomes for him a necessary task of life. Rousseau wrote in his time that a teenager needs a special approach from the educator, that the direct impact on a teenager all the time can cause not obedience, but opposition from him. If the teacher wants to understand the child, then he must act as if there is no direct influence. He stands behind the teenager, stands as if by his shadow, always facilitating his difficult «formation»; not only does not interfere with this “formation”, but in every possible way contributes to it, ensuring that decisions are made by the adolescent as if on their own. This helps that the child, although he wants to decide everything on his own, is not only lacking in experience, but also in understanding. Therefore, he has to seek advice. The teenager will consult not only with his comrades, but also with adults who do not encroach on his independence, do not impose on him what he does not agree with. Of course, at this age the importance of the collective is growing immeasurably, but it becomes more and more difficult to manage it than in previous classes. To achieve success in working with adolescents, it is very important to achieve the creation of a friendly and close-knit teaching staff.

The unity of the requirements for a teenager must be ensured in the family, where he also has responsibilities that he performs independently, without reminder and constant instructions from adults. It must be said that in families where this was not started from early childhood, such assignments are not always easily accepted by a teenager. But in these cases, you can achieve their fulfillment, if only the teenager feels that he is completely trusted, that he is a full member of the family team. It is not easy for a teenager to understand everything around him. Along with this, the need for it is quite large. And sometimes he wants to understand everything himself, without help from outside, or with the help of his comrades. A lot of different impressions “attack” a teenager in this transitional age, among which impressions related to his puberty play an important role. To understand this mass of new is difficult. He begins to peer into himself, begins to become a separate person, who is able, as it were, to look at himself from the side, to take care of his own experiences. He finds a lot of new things in himself; he, as it were, “opens” his “I”. This «I«and interests him and often worries. Such self-deepening allows the teenager to easily be distracted from the outward signs of things that are immediately apparent and notice what is common in them. In a word, the well-known self-deepening can help a teenager develop abstract thinking. This is facilitated by the fact that teachers reveal to the child deeper connections and relationships that exist between objects and phenomena.

At the same time, it is necessary to think about your future, about your “life path”. In connection with the well-known deepening of the teenager in his experiences, he develops self-awareness. This opens up a period of self-education that is very important for the development of a teenager’s personality. A teenager often wants too much, too much, and his strength, perseverance and experience to achieve the intent is still clearly not enough. This can lead to a series of disappointments. Gradually, he becomes accustomed to the need to achieve a certain consistency and relevance in fulfilling his goals. In adolescent children there are a lot of aspirations; these aspirations often interfere, and sometimes contradict each other. I want both to be; I want all desires and all impulses to be realized. But since this is impossible, one has to choose, prefer, for example, successes in football to successes in school.

A teenager trying to do only what he wants. But this does not work out in any way, for both the family and the school make their demands on him. And many of these requirements, if not all, have to be met. Yes, and he makes demands on himself, sometimes even exorbitant. It is not always possible to contrast one's desires with these requirements. You have to choose between desires and needs. This can cause a teenager to feel unsatisfied, irritated, and sometimes inferior. Sometimes these requirements cause the teenager the so-called negativism (he produces actions opposite to those that require him). Adolescent negativity is a fairly common occurrence. It causes a lot of trouble for teachers, parents, and the teenager himself. Negativism arises as a supposedly “defensive reaction” against an encroachment on the independence of a teenager. A teenager does not like not only unreasonable orders, but also any patronizing tone. “A teenager of adulthood has a sharp negative attitude towards any moralization and imposition of views; at this age you constantly hear from him: “I myself know ”,“ I am not small... ” [1].

Adults do not always take this into account. About this N. K. Krupskaya wrote: “It often happens like this: a balanced child and suddenly breaks the chain: rude, ruin, etc.” [2].

Do not think that a teenager likes his trait such as negativity, temper. He is often unable to restrain himself, although later he may regret what he has done. How much he wished that he would not be put in such a position, would not be imposed on him, and would not be ordered to humiliate him and deprive him of independence! A huge role in the lives of adolescents is played by the team. It does not allow them to withdraw into themselves, it requires one way or another, but it requires constant work on themselves. The difficulties of adolescence do not end with the transition of fifth graders to the sixth grade. In the sixth grade, new subjects are introduced. Students are subject to more stringent requirements. Teachers believe that the most difficult period of the student’s life has passed and now you can be less tolerant of him. First of all, puberty continues. For girls, the first fears of menstruation have come or are coming. The boys are just waking up to an understanding of what is happening to him and what this happening means. To this is added the negative influence of older students. To avoid misunderstandings during puberty, it is necessary to conduct special conversations separately with girls and separately with boys about the scientific understanding of these issues and all the changes that occur to them. The significance of both the knowledge acquired by him and his own cognitive interests is changing for the sixth grader. He more and more begins to understand the role of theory and theoretical learning. The ability to abstract thinking is further developed in the seventh grade. This class is no longer considered as difficult as the fifth and sixth grades.

A teenager in the seventh grade is easier to tolerate the difficulties of adulthood. The development of the personality of the seventh grader is more calm. The conditions in which he lives for are already quite familiar, in the family and at school he determined his place. He already knows how to restrain himself, and teaching at this age is not such a difficult matter. Eighth grade students have an interest in self-education. Eighth graders begin to think about their future, they face questions related to the choice of life path. The difficulties of the transition from concrete to abstract for him are largely behind us. A teenager in the eighth grade can comparatively easily draw general conclusions based on concrete facts, learn the laws of nature and society. Thus, we can conclude that middle school age is one of the most difficult moments in the formation of the personality of a child. All this poses special educational tasks and puts forward other forms of relations with adolescents.