The life and works of Abul Muin al-Nasafi 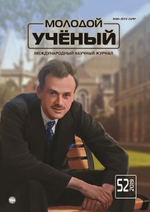 The article analyzes the experience of Abul Muin al-Nasafi and his life. Abul Muin al-Nasafi is the author of about one hundred treatises and books on various branches of Islamic sciences. The Islamic sciences have been an integral part of the life of the believers and have been taught for centuries in the originality of the revival of our national and religious values, as well as in the past.

Najmuddin Abu Hafs Umar ibn Muhammad al-Nasafi (Arabic: نجم الدين النسفي; 1067, Nasaf — 1142, Samarkand) — Islamic theologian, a jurist of the Hanafi madhhab, hadith scholar, interpreter of the Koran. His full name: Najmuddin Abu Hafs Umar ibn Muhammad ibn Ahmad al-Nasafi al-Hanafi al-Samarkandi. Born and lived in the city of Nasaf (now the city of Karshi in Uzbekistan), which was one of the centers of Islamic sciences in Central Asia. He led an ascetic lifestyle. Al-Nasafi acquired knowledge from the famous theologians of his time, among whom were Abu Muhammad an-Nuhi al-Nasafi, Abul-Yusra al-Bazdawi and Abu Ali al-Nasafi. He became a well-known expert on the Hanafi school of law, hadiths, tafsir, literature, language, and history. Among his students was Burhanuddin al-Marginani (d. 1197), the author of the famous work on the Hanafi fiqh “al-Hidaya”.

Imam al-Nasafi is the author of about one hundred treatises and books on various branches of Islamic sciences. Al-Akyda al-Nasafiyya (Symbol of Faith) is a book that brings together the main and main provisions of the Sunni dogma from the point of view of the Hanafites. Interpretations to this work were written by Sheikh ad-Davwani (“Mella Jalal”) (d. 1501), imam at-Taftazani (d. 1390), Kursavi (d. 1812), Mardzhani (“al-Hikma al-baliga ") (d. 1889) and other theologians. The main source of this book was the work of Abul-Muin al-Nasafi (d. 1114) «Tabsirat al-adilla». «Al-Kand fi tarih ulama Samarkand» — a historical work; “Kitab fi bayan mazahib al-mutasavvifa” (“Clarification of the Sufi Explanations”).

The full name of the scholar is Abul Muin Maymun bin Muhammad ibn Mutamad ibn Muhammad ibn Makhul ibn al-Fadl al-Nasafi al-Makhuli. The name has been found in several books that refer to his autobiography. However, the information contained in these books does not allow us to get a complete picture of the scientist's activities. Because almost all the information in these books is identical and indicates that they were copied from one another. It is well known that according to the ideology of the former Soviet Union, the attitude towards Islam and the rich scientific and spiritual heritage left by our great ancestors was quite different. One of the most important issues is the revival of our national and religious values ​​and the deep study of the lives and rich scientific heritage of our scholars, who have lived in the distant past and whose many productions have been written in various fields of Islam. Consequently, the scientists of our country have done a great deal of work to study the life of our great thinkers and their rich spiritual heritage. In particular, this type of research is also important for the education of morally and spiritually mature people who are important to our society, as well as to the formation of a sound religious mentality in them. Works by Abul Muin al-Nasafi have been reported in several historical and encyclopedic sources. Based on the information contained in them, we can know about fifteen works of the scholar. However, we do not know precisely about three of these three works of the scholar. The following are some of the most commonly known works by Abul Muin al-Nasafi, and some encyclopedic sources also provide information about it.

“It is not allowed to attribute to the Almighty Allah the coming and going, because coming and going are the siphats of creations and signs of created beings (that is, those that have a beginning). And these two siphats are denied in relation to Allah Almighty. Can't you see how Ibrahim (peace be upon him) argued by moving from place to place that this (star) is not the Lord, saying: “When she rolled, he said:“ I do not like rolling “.” (Al An'am, 6:76). And the meaning of the words of the Most High “And your Lord will come, and the angels in rows” is as follows: His command will come. ”

The greatest work of the scholar is undoubtedly his «Tabsirat al-adilla fi methodid-din ala tariqatil-Imam al-Moturudiya». Hoja Khalifa, author of the book Kashf ash-Zunun explains the importance of this book. The book Tabsirat al-Adilla in the field of the science of kalam is a large-scale book by Abul Muin Maymun Muhammad al-Nasafi, who died 508. His first starts with, «Praise Allah for the blessings of Allah». In addition, this topic is relevant in the following areas. Each country has its own children who contribute to the prosperity of every country. One such person was Abul Muin An-Nasafi, who left a lot of scientific heritage. After the independence of our country, it is time to satisfy the need to study the life and creativity of our ancestors and their scientific heritage. The works of Abul Muin al-Nasafi cover various fields of Islamic knowledge. However, the works of the scholar in the field of the doctrine of faith are particularly worthy. One of the important sources is the work of At-Tawhid with tawhidite-tawhid, which the scholar wrote about the science of kalam. Today, there is a battle of ideas and ideas around the world. That is why it is the source we are learning from the prevailing currents that contradict the doctrine of the Ahl as-sunna wa'l-jamaʻa belief. The knowledge of the 'aqeedah has always been relevant to Muslims. Three great works of Abul Muin an-Nasafi devoted to the science of kalam (Tabsirat al-adilla, Bahrul-kalam, al-Tamhid li qawaidit-tawhid) have been published and published by modern researchers. The scientific heritage of Abul Muin An-Nasafi, as well as the scientific heritage of many scholars from our country, who lived and worked in history, will undoubtedly contribute to the spiritual development of our people. The Islamic sciences have been an integral part of the life of the believers and have been taught for centuries in the originality of the revival of our national and religious values, as well as in the past, thanks to the independence of our country. The science of the Word is to prove and defend the religious faith. Through this knowledge, man is able to produce religious documents and prove doubts.