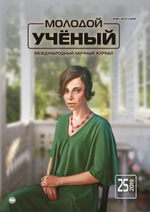 Great Britain has long been known for its rich colonial and colonial policy. In the late nineteenth century, along with many of the world's largest states, the British Empire also regarded the expansion of its colonial territories and the acquisition of much more wealth as the ultimate goal of its foreign policy. The nineteenth century became a British age in many respects. Here, the foundations of a state of law and civil society were created. Science and technology has led to industrial collapse and Britain has become a «world workshop». The English-speaking wars have created a huge empire that unites a quarter of the world's population. From the 70s of the 19th century Britain lost its monopoly position in world industrial production. Even though the Worldwide Workshop was losing its status, Britain still had very few colonies, dominated sea, global trade, mediation, insurance and banking. Since the 1970s, UK capital has been rarely used inside the country, and the most profitable is that the capital is set aside. The financial crisis of England in 1878 was terrible in 1894. The economic crisis also led to a political crisis. Now, the UK's dominant circles have begun to look for new routes in foreign policy. Thus, the political struggle between the parties for the leadership of the political life broke out. The rise of imperialistic signs in the economy was reflected in the ideology of society. From 1868 to 1874, the ruling party led by William Gladston (1809–1898) They built their domestic and foreign policies based on the eternal economic power of England. Liberals believed that Britain should play a decisive role in the only major industrial country and international policy. Therefore, Britain should not have long-term alliances with other countries and should not be members of any bloc. Britain did not abandon this policy until the end of the XIX century. One of Britain's prime ministers, Solsbre, reiterated the country's lack of allies, «Britain does not need any allies because its sun does not fall in its properties, it has a half-billion people, and the British Navy's load-carrying and military capability is far greater than that of the other countries. «He replied. But the liberals were unable to stand up to the government. In the 1874 parliamentary elections, the party was defeated and the government came to a conservative party led by Benjamin Disraeli. Foreign policy has been based on the interests of the country. Conservatives have declared a broad colonial policy in foreign policy. To that end, the Disraeli government occupied Badakhshon in 1874 and threatened Afghanistan. The goal was later to occupy Turkmenistan and enter into other parts of Asia [1]. The goal was later to occupy Turkmenistan and enter into other parts of Asia. However, the interests of the British Empire and the British were encountered here. The interests of these two countries are constantly in the Balkans. Britain strengthened and supported the Ottoman Empire, which had many colonies in these territories against Russia. As a result, Turkey will support Turkey in the Russian-Turkish war of 1877–1878 and will ensure that the treaty will be more favorable for Turkey. He defended Turkey for the preparation of the agreement signed in Berlin and tried to reduce Russian influence in the Balkans.

In exchange for these services, Turkey gave the island of Cyprus its «choice» to Britain. This region was of great strategic importance for England to build a naval base on the eastern coast of the Mediterranean.

From the second quarter of the 19th century, Britain carried out an active aggression policy on all continents and seas. Specifically, part of England's foreign policy was focused on North America. The British came to this region on July 29, 1585 [2]. Here they founded Virginia on the coast of North Carolina on Roanoke Island later in Virginia. Shortly afterwards the British expansion spread throughout North America. However, after the 1783 American-American agreement, the independent United States was established and Britain had to admit its independence. However, the British did not go out of those areas. It was in the 19th century that they owned Canada. For this purpose, Canada was converted into colonial rule in 1858 and merged with British Columbia in 1872. The conquest of Canada was the UK's long-term policy. Because now the British at the same time threatens the «closeness» of both the United States and Russia in the Pacific basin. In 1872, the construction of the Transcaada railroad was completed in Canada to accelerate the deployment of military and military equipment in Canada, which was completed in 1881 and the British military base in Vancouver was built [3]. In 1867, Canada acquired the «domination» of self-governing authority. According to the adopted constitution, it became a monopoly territory governed by the King of England, governed by Governor-General. Administratively divided into 10 provinces. Just as those 10th provinces were another island of Newfoundland Isle of Man.

Another area in the foreign policy of the British Empire was that of the Asian continent. On the Asian continent, Britain expanded its colonialist activity in India, conquered the valley of Sind in 1843, and Kashmiri in 1846. In those years British colonialists carried on aggression against Afghanistan, but were forced to resist the invasion of Afghanistan by the Afghan ambassador in 1842, following the brutal resistance of the Afghan people. Relations with Russia have deteriorated in this area. That is, Russia was in Central Asia at the time and was about to leave for Afghanistan. The worried fellows of the United States were trying to stop the occupation of Afghanistan and stop Russian colonization in that area. Russia put Afghanistan in the sphere of influence, and then the British colony was threatening India. But both countries have failed to achieve their goals. As a result, the ruling circles of the two countries began negotiations on establishing a border between Afghanistan and its colonial circles. Such negotiations were held between 1872 and 1873, the second time between 1885 and 1887, and finally, between February 27 and March 11, 1895, in London, between the Russian Ambassador George W. Staal and British Foreign Secretary, Lord Kimberley. Following the 1895 negotiation, the Anglo-Russian areas of influence were identified along the eastern coast of Lake Zorkul, up the mountain slopes, from the Red Rabbit to the Achsu River and to the Chinese border. The borders between Bukhara Emirate and Afghanistan crossed the Panj River. Bukhara was abandoned by Rushan, Shungun, and the right bank of the Panj River. The borders of Russia and Afghanistan were determined along the Hindukush mountain. Thus, the British influence in Asia was identified. Previously, the British occupied Hong Kong as a result of the first Chinese opium war (1839–1842). and forced the Sin authorities in China to open a number of ports abroad, primarily for the UK.