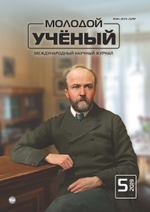 This article is a brief summary of the experience of teaching students writing in the English language at an early stage. It contains examples of games aimed at developing writing skills in grades 1–4.

The ability to write in English is becoming increasingly important for a number of reasons. Nowadays, there is an opportunity to travel, work in foreign companies, participate in international conferences and exchange programs, communicate via the Internet. All this presupposes the ability to fill out questionnaires and declarations, conduct business correspondence, write summaries, write essays and reports. In other words, it is necessary to be able to express thoughts and ideas in writing, knowing the basics of the composition, knowing the stylistic features and following certain rules for organizing the written text. At school, often performing various kinds of «mechanical» tasks turns into a routine for students. In addition, schoolchildren write very little, often they are not taught techniques that facilitate mastering the graphics and spelling of the target language. And not having joined the process of written expression, children lose interest in this kind of activity. As a result, students' written skills are significantly lagging behind the level of other types of speech activity.

As a rule, I start learning the letter from the first lesson, from the first letter of the English alphabet, and during the first year of study I am actively working on mastering the calligraphy of the English language, as well as spelling as I study vocabulary. To memorize the rules for transmitting sounding words in a letter, children use color cards (vowels are denoted by one color, consonants to another, or in different colors, letters corresponding to different sounds, etc.). More than once she asked herself the question: “What can a teacher do to more effectively develop the skills and abilities of writing and writing in elementary school?” And here it is! A GAME!!! It has long been known that gaming activity is a powerful motivating factor contributing to the strength of memorizing material and the formation of skill. Given this, I try to use as many games as possible in my work to develop writing. Below are educational games aimed at developing spelling skills:

«Alphabet salad». The letters of the alphabet (plastic or cards with letters) are folded into a “magic vessel” (bowl, dish). The children take turns at the “vessel”, take out any letter, write it on the blackboard (uppercase and lowercase). The remaining students call it out loud. «Alphabethorodeo». Dividing the class into two teams, the teacher calls any letter. Representatives of the teams in turn go to the board and write the letter on it. Wins the team that correctly wrote all the letters. The game can be complicated by naming students with letter combinations and words. This game contributes to the correct spelling of words and serves to develop visual memory. «Dumb dictation». Such dictation can be carried out in two ways:

«Dictation Remembrance». Such work can also be carried out in two ways:

1. Each player receives an individual card with words (no more than 7), he is given a time (no more than 1 minute) to familiarize himself with the words, then the cards are taken away, and children write words from memory.

2. The words (no more than five) are written on the blackboard, which are pronounced by the children in chorus, 30 seconds are given for memorization, then the words are erased from the blackboard, and the children write them down from memory. Both types of dictations are good because they relieve tension in a child, turning the dictation into an exciting game, thereby creating a “success situation”, because even weak students can have a good visual memory, which means they can cope well with the dictation. «Spider». The teacher writes some word on the board, for example “Dog”. Any student who wishes can write a word on any of the letters that make up the word, with the letters arranged like the rays of a star. The second version of this game: the class starts a sheet with the written word. Each child writes his word, starting with the last letter of the previous word. Well, this game everyone knows! It's about Bingo! The children draw a square of nine squares in their notebooks (the cells must be of such a size that they fit words of medium length). In one minute, children must complete a square with vocabulary on the topic set by the teacher. Then the teacher spells the words («spelling»). Those children who have the word spelled correctly, delete it. The child who wins out all the words most quickly wins out all the words and shouts: “BINGO” «Wonderfulness». Children always love something unusual. Therefore, the game «Wonderful» children really like. It is known that the entries in notebooks are made in one line. Students can be asked to write words or sentences in the order in which they like. Records can be in the form of an animal or item. At first, you can give them blanks that they have to fill out, for example, it can be a piece of paper, cut out in the shape of an animal or a dotted pattern on a piece of paper or any other form. The main thing — you need to use the imagination of children.

«Auction». At the signal of the teacher, the children write down the words on a given topic. Wins the student who wrote more words for a certain period of time.

«Captains». The class is divided into teams. Each team selects its captain. They approach the teacher and choose a piece of paper on which the name of the topic is written (fruits, numbers, colors, animals, family members, furniture, etc.). the captains return to their team and report on its subject. At the signal of the teacher, the captains go to the blackboard and write the first word on their topic, suggested by the team, then they return to their team again for the next word, etc. Wins the team that will correctly write more words on the proposed topic. All the above games and tasks will help to enrich and purposefully design lessons on the formation of the students' written competence and increase the motivation to learn a foreign language.

So, the ability to write in a foreign language is laid out at the elementary level in elementary school, in the middle level this skill is developed, and in the upper grades the skills are refined and for the exam students should already be able to write a letter and essay.