The specific use of modern technologies of teaching foreign languages 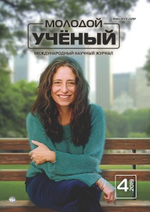 Analysis of the communicative teaching methodology shows that the desire to make the central figure of the student learning process and thereby to intensify its training activities contributed to the creation of effective foreign language teaching technologies, which are widely used in the methods of teaching abroad and in our country. Consider their essence.

For the first time, a psychotherapist, doctor of medical sciences, Bulgarian scientist G. Lozanov spoke with a new suggestopedic direction in the methodology. He considers the following characteristics obligatory for the suggestopedic educational system: disclosure of reserves of memory, intellectual activity and the student’s personality in general: positive emotions, experiences that relieve feelings of fatigue, etc. He defined the meaning of “suggestion ology” as the science of identifying hidden possible person. This is achieved by the following characteristics:

Training Course -30 days, it consists of 10 lessons, 4 hours a day, 6 days a week. Each lesson is a dialogical speech with the supplied word list of grammatical comments. Dialogues are classified by lexical and grammatical material. It is assumed a sample of the work in the classroom and given the structure of lessons throughout the course. Dialogue precedes the translation of dialogue is discussed with the teacher.

The technique works on the dialogue:

2) The involvement of students in the preparation of new combinations and talks on the basis of sample dialogue.

Parallel dialogue given text. In the group of 12 people, with an equal number of men and women, the lesson takes place in a relaxed atmosphere with the music.

Methodists and psychologists (Gegechkori L. S., Winter IA and others noted the effectiveness suggestopedicheskogo method, which consists, according to them are as follows:

1) absorption of a very large number of speech units;

2) to develop the student's ability to actively use the language «balance» in understanding foreign speech, the ability to flexibly change a communication transfer learned speech units in other situations;

3) establishment an extremely powerful motivation of study: 4) Removing psychological barriers — such as the oppression of fear, stiffness.

We turned to this method, because within the framework of the ideas of Lozanov, new tendencies in the practical system of teaching foreign languages were defined, specific methodological systems took shape.

Starting from the Lozanov method, partially using its principles and techniques, and developing and scientifically substantiating them, the methodologists created a number of their methodical systems: Schechter I. Yu.

L. Sh. Gegechkori — a method of intensifying the process of learning adults in a foreign language: Kitaygorodskaya G. A. — a method of enhancing the capabilities of a person and a team: Kabeben Gategna — “The silent way”.

In our opinion, the Kitaigorod’s “The silent way” method is of particular interest for consideration.

«The silent way» method based on the passive role of the teacher. He should be silent as long as possible, and the trainees, in turn, should speak more. Trained active members of speech activity. What is the current course of the role of a teacher? He is an observer, expert or “walking dictionary”. The name of this method was given by Kabechny Gategne (see Richards J. C, Rodgers T. C, 1997). His name is known with specific color coding. Therefore, the elements of the method are the use of maps and color tables. This method is also associated with the theory of communication and educational philosophy (communicative approach).

Language material is proposed as a group of sounds, sound combinations, words, sentences arbitrarily associated with specific colors and meanings, organized into sentences or semantic units, grammatical rules. Language material is presented in a specific range of colors. An artificial situation is created. The lessons are based on grammatical structures and an active vocabulary to them. All elements of the proposals are divided into specific colors.

The method of activation, above all, solves the problem of learning to communicate in a foreign language. Its content is the mastery of complex skills and sufficient and necessary for the future of speech activity of students, as well as mastery of language material, ensuring the formation, development and use of these skills and of skills. The most important feature activation method is to involve all students in the learning process, which are active in the process of the whole lesson.

In the process of dialogue on the basis of this method, you must strive to ensure that training activities proceeded in an atmosphere of direct communication and games. Then play activity, high motivated, it becomes the main form of realization of the educational process. Game not rolling stage of identity formation.

The game is important to the type and level of adult personality functioning, for the preservation of his mental health and full of creative activity.

Specificity of relations in the conditions of collective learning activities is such that requires each inclusion in a joint intellectual activity, combining mental effort to overcome the difficulties. The effectiveness of collective learning activities is also in the changes undergone by the individual student, and the level of interpersonal communication.

It is natural that in the learning process it is necessary to take into account personal characteristics, psychological characteristics of the trainees involved in communication. Therefore, it is necessary to speak not about role-playing, but about personal-role organization of the educational process. Communication is perceived by trainees as the goal of their speech or nonverbal action in conditions as close as possible to non-educational activities. But for the teacher this communication is educational, since it is planned, organized and managed in order to form, refine and consolidate the skills and abilities of all types of speech activity. Such as, if a double or two-sided interpretation of the function of educational communication is interpreted as “two-sided”.

Two-pronged or two-way communication training organization respectively achieved in two ways: dialogue of trainees as a solution to a plurality of predetermined «life situations» and studied communication as the only possible condition and the means of education foreign language communication.

The concept of «communicative task» is revealed as the author of the method acts of management means activity of the student in a particular situation. He is an incentive speech acts, since it includes (in its formulation) call speech acts needs motif of the action and its planned target.

In the foreign-language dialogue interaction and cooperation of the teacher and the student, the teacher and the group, as well as students with each other is one of the most important structural elements of its organizational system. Organization of interpersonal interactions are constructed in such a way that they are brought to the forefront the student, and around him, his efforts, consciously regulated teacher, constructed such a system of relations that allows, as much as possible to reveal the possibilities of each.

Frontal forms of the cognitive process can be traced in all aspects of the educational and educational process: subject, pedagogical and psychological. In the subject — there is a clear dependence of the increase in the level of cognitive activity and student activity on group interaction. The educational significance of collective cognitive activity lies in the fact that the joint group activity of students creates in everyone the need for a more accurate perception of himself and his fellow students, which stimulates the development of self-esteem and self-regulation.

Against the background of the positive perception of the installation on each member of the group, which is maintained and developed in the course of training, the formation of self-esteem and level of aspiration occurs naturally and painlessly.

We have described some of the methods commonly used in the practice of teaching abroad, which can be used in language high schools in the classroom to practice speaking and writing.