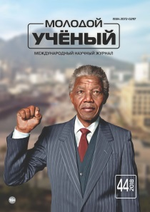 The article analyses the global position of the English language in the contemporary world, its emergence as the dominant business and socio-economic lingua-franca and the factors leading to this phenomenon. Also, the article analyzes the current English teaching policy and practice in Uzbekistan, educational reforms in the country in light of the modern requirements.

The role and influence of English in today are gaining a higher speed in the world as well as in Uzbekistan. The main factors for this phenomenon include expanding communication with the world after gaining the independence and increasing speed and scope of information exchange in the global village. The dominant position in the internet space by the language of the published content is firmly held by English, which is a strong motivation to learn English for those who wish to promote their global competences. As it was mentioned since the declaration of independence the importance of the English language has been increasing in all aspects of Uzbek people’s life. Currently, in the Republic of Uzbekistan great attention is given to the radical reorganization of the educational system that will give an opportunity to raise it to the level of modern standards. In order to realize the aims and tasks put forward by the Law of the Republic of Uzbekistan “On Education” (1997) and the “National Programme of Personnel Training” (1997) the complex system of reorganizing the structure and the content of personnel training, proceeding from perspectives of the social, economic development of the society, contemporary achievements of science, culture, technique and technology are being created in the country. Besides On December 10, 2012 The first President of the Republic of Uzbekistan Islam Karimov signed a decree “On measures to further improve foreign language learning system”

[1]. It is noted that in the framework of the Law of the Republic of Uzbekistan “On education” [2] and the National Programme for Training [3] in the country, a comprehensive foreign languages’ teaching system, aimed at creating harmoniously developed, highly educated, modern-thinking young generation, further integration of the country to the world community, has been created. According to the decree foreign languages, mainly English, gradually throughout the country will be taught from the first year of schooling in the form of lesson-games and speaking games, continuing to learning the alphabet, reading and spelling in the second year (grade). Also it is envisaged that university modules, especially in technical and international areas, will be offered in English and other foreign languages at higher education institutions. In order to increase teaching standarts in distant rural areas, the higher educational institutions are allowed targeted admission of people living in distant areas to foreign language programs on the condition that they will oblige themselves to work in the acquired specialty at their residence area for at least 5 years after graduation. Since the enforcement of the decree all English language teachers have obtained a privilege of receiving a 15 % (urban areas) or 30 % (rural areas) bonus on top of their monthly salary, if they have reached a level of C1 in CEFR and prove this with an IELTS certificate or a certificate of language proficiency at the National Testing Centre, which was assigned to design tests to check English teacher’s language proficiency. The aim of this is primarily encouraging teachers to upgrade their language levels, which, in essence, is the principal obligation of a language teacher. Nevertheless, this policy has shown its positive impact on the quality of educational staff and has become the main criterion of employment in the country, not only in education but in other spheres as well. This approach helped the Uzbek to understand what level must be acquired to meet the requirements of modern standards.

The main reason for the reforms are 1) the international role of the English language, which has evolved into a ‘code’ of communication in various spheres, and 2) globalization, which has opened many new ways for nations to come closer. In addition, another reason based on the analysis of the current system of organizing language learning shows that learning standards, curricula and textbooks do not fully meet the current requirements, particularly in the use of advanced information and media technologies. Education is mainly conducted in traditional methods. Further development of a continuum of foreign languages learning at all levels of education; improving skills of teachers and provision of modern teaching materials are required. New approaches in the system of education also influenced on the learning and teaching of foreign languages, as language is the major factor of person’s development. The National Teleradio Company, State Committee for communications, informatisation and telecommunication technologies, Agency for Press and Information of the Republic of Uzbekistan are tasked to prepare and broadcast language-learning programs, significantly increase access to international educational resources via “Ziyonet” educational network, promote publication of foreign language textbooks, magazines and other materials. And regular training programs shown in the mass media are giving positive results not only in acquisition of knowledge and skills, but also in motivating uzbek children to foreign language learning. The main concentration has become to change the language learning from the traditional Soviet approach of grammar-translation, which was a usual method of teaching English for many years, into a communicative method, practiced worldwide.

Also, The republican scientific and practical centre for developing innovative techniques of teaching foreign languages has been established at the Uzbek State University of World Languages due to the decree of the President of Uzbekistan “About measures on perfection of the activity of the Uzbek State University of World Languages”(2013). The Centre is responsible for great deal of work, like carrying out scientific researches directed on working out and introducing of innovative techniques of teaching foreign languages to uzbek children at all grades of continuous education; developing educational standards on learning foreign languages; maintaining methodological support for educational institutions, preparing teachers and experts in the field of foreign language teaching, implementing modern methods of teaching foreign languages, monitoring the realization of requirements of the international standards of teaching foreign languages according to “Common European Framework of References: learning, teaching, assessing”. Not only specialists in the language but also the lawyers and other professions are required to master English at B2 level at the least. Due to the most of the world’s popular literatures are in English and the language important in professional (vocational) improvement. Regardless the nature and type of the occupation, it is virtually impossible to grow professionally without knowledge of English.

In view of educational reforms and high demand for English together with International practices in different spheres, the idea of introduction of education with English of medium of instruction started to seem feasible to the government. At present, educational establishments with English as a medium of instruction have become the most preferred institutions to study at. To meet the demand for the desire of people to be educated in English, the number of english institutions has been increasing from year to year.

These reforms have undoubtedly been aimed at integration with the Western World and acquiring information access as well as ability to keep up with the pace of changes taking place in the world. Looking back, now it becomes clear that the Uzbek government started the process of bringing the National Language closer to English “to enter the world community” [4, p.134–141] and communicate effectively and effortlessly on an international level [5, p.3–8] when it decided to convert the Uzbek alphabet from Cyrillic to Latin [6] in 1993.

To sum up, The English language and the situation itself, in which it happens to be involved in the 21st century, are unique, indeed. None of the languages before has gained the same spread and popularity within such a short period of time. Knowledge of english not only contributes to the international ties of the country, it also facilitates smooth communication among academic communities. Today, English language is performing the function of this bridge among the academic and scientific researchers from all the corners of the world. The younger generation of our republic can enjoy vast opportunities with the knowledge of English. Moreover, it is the obligation of the academic communities to deliver the rich cultural and historical heritage of Uzbek people to the world by translating the literature and academic works of our national scholars and ancestors into the English language — a very effective approach to promote the country in the international arena.

In conclusion it should be noted that there are several tasks to implement the main directions of reforms. Nowadays it’s crucial that teachers need to revisit the factors which are expected to improve the standards of higher education of English, the modernization of the content and structure of higher education of English. The specialists need to work out new internal mechanisms, applying the elements of other systems, to implement the best practices and recommendations on innovative educational technologies, to assess primary standards, to refresh educational process by means of modernizing educational system personnel and developing international cooperation in the sphere of higher and specialized education of English.

Student-centered approach in teaching letter writing within the CEFR...

This article examines the features of teaching letter writing in a foreign language in a process of preparation for the exam. Such training will be realized more effectively within the framework of the...

...higher education in American or European universities and such trend increases students’ motivation in...

This action research was initiated as an attempt to tackle the problem of unwillingness to practice IELTS writing tasks by 11th grade students of Nazarbayev Intellectual school of physics and mathematics in...

Student-centered approach in teaching letter writing within the CEFR...

This article examines the features of teaching letter writing in a foreign language in a process of preparation for the exam. Such training will be realized more effectively within the framework of the...

...higher education in American or European universities and such trend increases students’ motivation in...

This action research was initiated as an attempt to tackle the problem of unwillingness to practice IELTS writing tasks by 11th grade students of Nazarbayev Intellectual school of physics and mathematics in...