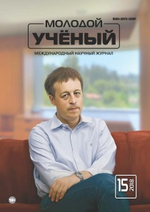 For students of non-linguistic specialties, the subject «Foreign language» is non-core, and therefore, in order to make the learning process the most effective and focused, the teacher should clearly understand the role and place of the foreign language in the life and activities of the future professional. For students of technical specialties, the scope of the foreign language is: reading (literature in the specialty, periodicals, sometimes fiction in regional studies); communication (usually formal-business, unofficial-business, and under certain conditions, everyday); educational and research work, although in each specific case the peculiarities of the use of a foreign language are determined by the content of the activity of a student or specialist, the profile of the university.

The content of the subject «Foreign Language» includes educational information about aspects of the language (phonetics, vocabulary, grammar, stylistics), which forms the basis for the formation and development of skills and abilities associated with mastering the four types of speech activity — reading, listening, speaking and writing, — conditioned specific situation of communication.

Professional communication presupposes such speech actions as presentation of the material, written and verbal exchange of information, expression of opinion, discussion, etc.

Thus, the development of foreign language cognitive potential of students in non-linguistic specialties is a linguistic-pedagogical phenomenon caused by the presence of certain fundamental, engineering and linguistic knowledge, taken in certain proportions and in a certain sequence.

Foreign language knowledge of students, claimed in the generation and perception of texts, is the process of transforming the individual into socially distributed knowledge, that is, consciousness.

Consequently, the pattern of development of foreign cognitive potential is explained by the development of the system of value relations of the individual in the process of linguistic education.

In order to comply with organizational and pedagogical conditions, a set of methodical techniques is required to ensure the successful development of foreign-language cognitive perspiration The method is considered as a way of organizing the educational process in the unity of its components: the content of training, the forms of instruction, the means of instruction, the forms and means of educational out-of-school work. It is necessary to consider the following methodological methods: the integrity, the systemic nature of foreign knowledge and skills, the integration of academic disciplines, intensity, communicativeness and pragmatism, the achievement of emotional-value relationships «teacher-student», autonomy. Integrity, as a relationship of the receptive and receptive types of foreign language activity, is considered by us in the unity of the mental and physiological processes underlying the formation and development of speech ability under the influence of verbal communication. The development of speech ability in speaking, writing (productive speech activity) and listening, reading (receptive speech activity) is realized in the unity of all these aspects in the course of the educational process aimed at the development of foreign cognitive potential. Speech activity is a complex phenomenon combining psychological, physiological, intellectual aspects of personality development. Non-verbal speech activity is a complex and unique phenomenon, based on the principles of comparison, comparison, interference of native and foreign languages. The complexity of speech activity lies in the hierarchy of structural elements, which in their totality form a system. Systematics, as a fundamental characteristic of foreign speech activity (I. A. Zimnya, A. A. Leontiev, E. P. Shubin), is provided by the actualization of an integral function. In the structure of a holistic educational process aimed at the development of a foreign-language cognitive potential as a system-value neoplasm information-cognitive, activity, value blocks, training in different types, subspecies and forms of speech activity in another language is a holistic integrated process. Integrity, towards to the reflection of the internal interconnectedness of the forms and forms of foreign language activity, in our experience, is realized at the level of the inclusion of the personality of instruction in a foreign speech reproduction through the mechanism of the system-value goal-setting. The integrity of the forms and forms of foreign speech activity reflects, accordingly, the integral continuity of the process of teaching foreign languages, because «mastery of a foreign language is not only oriented towards activities and communication, that is, an interlocutor, and not only on the image of the world, that is, on consciousness, but also on the personality of the student "(in A. A. Leontief). This mediation is due to a number of personal moments: motivation, attitudes, the problem of «I«, personal and group identity.

Integrity should be viewed as the unity of the forms, forms of speech activity speaking another language and the personal aspect of learning, taking into account the system of value relations, realized in the educational process in the course of formation active personal position, development of creative potential, ability to make independent decisions, design and manage foreign language activities. Practical implementation of the whole as a methodological tool for the development of a foreign cognitive potential, is possible in our experience in the creation of specific pedagogical conditions:

‒ A comprehensive presentation of foreign material aimed at the development of all types and forms of speech activity.

As a methodical device for the development of a foreign cognitive potential, suggests an interdisciplinary connection:

‒ Theoretical and practical disciplines related to the study of a foreign language;

‒ Foreign languages ​​and special of-the-art disciplines at the level of the synthesis of knowledge of two types.

Intensity as a methodical method presupposes a qualitative growth of:

‒ a high degree of appropriation by a student of a language of communicative means for the purpose of value self-determination and the design of verbal and creative activity.

In order to increase the intensity, our experience suggests:

‒ in terms of qualitative growth of the cognitive activity oriented approach to the formation of a system of value relations of the individual to socially and professionally significant values, proceeding from the need-motivational, emotional, targeted sphere of activity,

‒ to improve the content of foreign material used for educational and educational purposes, bringing it closer to the criteria of a communicative and pragmatic orientation, authenticity, personality-value content

‒ in terms of increasing the degree of appropriation of student language communication tools student endorse the creation of an artificial foreign-language environment through the introduction of new information technologies, using the experience of interaction with teachers