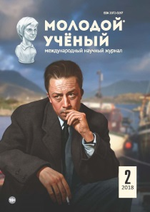 Education has always been a very important subject throughout the history of every nation, especially to those who were once a dominant power in the region or even in the World.

They have always tried to offer quality education to its citizens and all other people who were looking for it. This is because, being in a pick of knowledge and innovation and attracting more people or students to your country will not only promote your language, culture, knowledge, and wisdom but it will keep your name in the history and will increase your influence in the world.

We have to notice that, all the huge empires like Persian, Ottoman, Portuguese, Russian or British Empires; they all were a hub of knowledge and innovation during its time. In fact, every scholar or the student tried to migrate to these places to extend their knowledge and experience, to conduct researches and finally yet importantly to have a better future. In return, these students or scholars offered their loyalty, wisdom, knowledge, innovation to the country and contributed to the development of the society.

When we talk about foreign students who are studying in any other country than his own, mainly, we are talking about brilliant minds, hardworking and stubborn students who were different than most of their country mates in terms of knowledge, self-discipline, organization and hardworking qualities. It made them be able to enroll mostly in the Universities, which were highly ranked and technologically advanced, and usually in developed countries.

Let us have a closer look at the benefits of opening your doors to the international students at the modern age, the age of technology, innovation, and globalization.

First of all, International students contribute to the economy of the country. Every student has to pay for his or her tuitions, accommodation, food and all other living expenses during his or her studies which are thousands of dollars every year.

The United States of America, in 2013 hosted 19 % of the world’s international students, which makes their numbers as high as 4.1 million people. [1]

According to the research conducted by National Association for Foreign Students Advisors (NAFSA), International students contributed $39.4 billion dollars and created or supported more than 450,000 thousand jobs to the United States economy in 2016–2017 academic year [2].

Open Door 2017 reports that 67 percent of all international students receive their fund from the source outside of the United States including personal and family sources as well as assistance from their home country governments or universities. [3]

As we have mentioned above, the financial contribution by International students to the United States economy in 2016, is greater than Nominal Gross Domestic Product (GDP) of more than 97 countries for the year of 2016.

For example, some of the countries would be like Jordan, Turkmenistan, Azerbaijan, Paraguay, Bolivia, Bahrain, Bosnia and Herzegovina, Serbia and Latvia.

Some of the above-mentioned countries who has a nominal GDP of about $39.4 billion dollars or less is as populous as ten to eleven million population, countries like Jordan or Bolivia. [4]

Another beautiful example would be Turkish Republic of Northern Cyprus. It is a small island with the population of almost three hundred and fourteen thousand. Northern Cyprus has nine universities with the 10th being in the works, according to the Higher Education Counsel.

With a total number of 63,000 students enrolled in these universities, of whom only 13,000, about 20 percent are Turkish Cypriots, another 35,000 are from Turkey, and other 15,000 international students coming mainly from Africa, the Middle East and Central Asia. Mr. Gokcekus, the Yodak president, estimates that education contributes $875 million to the government’s $ 1.6 billion budget. [5]

Moreover, the local trade chamber estimates that every student spends an average of $16,000 dollars per year in Northern Cyprus, a sizeable contribution to an economy whose per capita gross domestic product is $15,555 dollars according to its Foreign Ministry. [5]

It proves that International students can contribute financially to the economy of any country tremendously if it is well managed.

Moreover, the other long-term benefits of practicing open door policy to International students are that we are going to share with them our language and culture, wisdom and knowledge and our values.

I believe that by showing a care to international students and sharing with them our culture, knowledge and by giving them a chance to learn our language we are placing into their hearts and mind love and care for our country.

If anyone asks me, how did the United States of America made it to the top and become one of the leading places for innovation and technology, business and investment, social and political stability and especially geopolitical success in its foreign policy, I would say that they have educated more international students than any other country did.

Every year The United States accepts millions of international students and educates them. Among them, there are future professors, inventors, mathematicians, scientist, medical doctors, politicians, entrepreneurs and all other types of professionals.

Based on above-mentioned facts, more than 450,000 workplaces were created or supported by International students in the United States for the year of 2016–2017.

Elon Musk, He grew up in South Africa and then immigrated to Canada at age 17. He landed in the US as a transfer student at the University of Pennsylvania, who has a net worth of $20.1 billion. His first big break came after he created X.com, an online payment company that was merged into what later became PayPal, which was sold to eBay for $1.5 billion, in 2002. [6]

Musk is well known for revolutionizing transportation both on earth and in space. He is a CEO and CTO of SpaceX, which is worth $20 billion and CEO and product architect of Tesla Inc, which is worth $48 billion, making it worthier then American pioneer car company Ford. [7]

Another benefits of attracting more international students is that, they will continuously keep a good relationship with the country where they have been studying even after returning to their home countries.

More international students are flocking to China than ever before. According to China’s Ministry of Foreign Affairs, over 440,000 foreigners studied in China in 2016 — marking a 35 percent increase from 2012. China attracts more international students than any other Asian power and ranks third globally, behind the United States and the United Kingdom. [8]

They should create an online platform or a system where all the information on Russian higher institutions should be published, for example name and the location of the university, short introduction, faculties and facilities, tuition and dorm fee expenses and last but not least grants and scholarships offered to international students.

In addition, this system should be strongly monitored by Ministry of Education of Russian Federation and the team in charge of this platform should closely work with the students and in terms of guidance and assistance. Finally, the government should offer full and partial scholarships and grants to the outstanding international students throughout their studies.

Mergers and acquisitions: is a conflict of interest of a big deal?

It seems big companies are struggling with innovation and a better innovation process is at the top of the agenda for most CEOs, but the idea of a

Mergers and acquisitions: is a conflict of interest of a big deal?

It seems big companies are struggling with innovation and a better innovation process is at the top of the agenda for most CEOs, but the idea of a